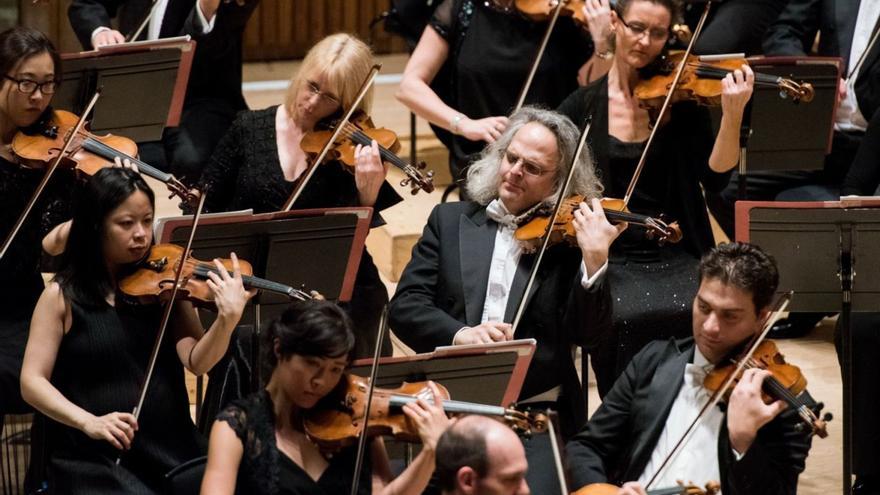 With a program that vindicates the imperishable beauty of musical classicism, with works by Bach, Haydn and Mozart, the Philharmonia Ochestra inaugurates this Wednesday the 38th International Music Festival of the Canary Islands, under the baton of Belgian maestro Philippe Herreweghe and with cellist Steven Isserlis as a soloist. The first appointment will take place at the Tenerife Auditorium and, on Thursday, January 13, at the Gran Canaria Auditorium, as a prelude to the start of the program. In parallel, in Lanzarote, La Graciosa and Fuerteventura, with proposals that can also be enjoyed in both capitals.

The London Philharmonia Orchestra, with more than a thousand recordings to its credit over eight decades of existence, offers a level of demand and perfection already known at the FIMC, whose most recent show was in the 2020 edition. baton, Herreweghe, who has always been praised for his energetic, authentic and rhetorical approach to baroque music, founder of several ensembles with whom he has historically provided performances of repertoires ranging from the Renaissance to contemporary music.

Together they will perform Bach's Orchestral Suite No. 4, Haydn's Concerto for Cello and Orchestra No. 1, and Mozart's Symphony No. 39, pieces that represent in themselves three masterpieces of the orchestral genre, inscribed in a context marked by the foundations of the Illustration (order, balance and symmetry), where melody and clear harmonies also take center stage, with a predominance of the orchestral over the vocal.

In the interpretation of Haydn's work, the London cellist Steven Isserlis is incorporated, a charismatic musician who transmits great delight in his performances, awarded among other things for his recordings of the Bach Suites. In addition to being a virtuoso soloist, Isserlis is brilliant as a chamber musician, historicist or contemporary, but he is also an educator, author, broadcaster, writer, popularizer for children and adults, and creator of literary-musical evenings.

This concert has already completed capacity at the Tenerife Auditorium, while there are still seats available at the Alfredo Kraus, in Gran Canaria.

This same week the program that the FIMC offers also starts In parallel, which will begin with a Beethoven monograph performed by the acclaimed Trío Arbós, 2013 National Music Award, together with the Canarian tenor Manuel Gómez Ruiz, on a tour of the six non-capital islands.

The show is also incorporated this week Skin to skin, an artistic proposal by the Canarian company Pieles. It is an intimate concert whose themes are inspired by Canarian folklore and other traditional cultures of the world, giving them an avant-garde air. Especially for this tour, they will have two guest artists: dancers Daniel Morales and Paloma Hurtado.

All sessions of Skin to skin They will be offered with free access after withdrawal of invitations (online or in person, depending on the spaces). On Saturday January 15 they will be at the Guiniguada Theater, in the capital of Gran Canaria, at 8:00 p.m., and on Sunday 16 at the Espacio La Granja in Santa Cruz de Tenerife, at 7:00 p.m. The tour of Lanzarote (Tuesday 18), Fuerteventura (Wednesday 19), La Palma (Friday 21), La Gomera (Sunday 23) and El Hierro (Tuesday 25) will continue.

Concerts at 3 euros for students

Music students from all the islands will be able to enjoy the concerts scheduled at the 38th International Music Festival of the Canary Islands at a reduced price of 3 euros. The area of ​​Culture of the Government of the Canary Islands has decided to repeat the initiative of reserving part of the capacity of all its stages to students from Conservatories, Music Schools and Bands, given the good reception in previous editions. This special rate will also apply to unemployed people registered in the Canary Islands Employment Service.

The initiative aims to integrate music students into the festival and give them the opportunity to meet face-to-face with formations and soloists of the highest level that are programmed in this contest. Those interested can process the application through the form hosted on the FIMC website. Places are awarded in order of arrival until the available seats are completed.

Students and unemployed people will thus be able to access the concerts that will take place in the eight island territories from January 12 to February 14, 2022, with a program made up of more than 60 concerts that will bring together more than 700 musicians in the Archipelago, including which include prestigious conductors, soloists and orchestras of the highest international level.

In addition to this initiative, there is also a close collaboration with the Conservatories of the Canary Islands so that the students participate in meetings with some of the main protagonists of the festival and who are world references in their instruments. The idea is that they can meet them in person and listen directly to the advice of those who already have a long history on stage.

The purpose is to generate tools for a better training of those who are developing a musical career, in line with the policy that is currently being carried out to achieve greater participation in culture, both by young people and the population in general.

In this sense, it is also worth mentioning the previous talks that are offered in many of the scheduled concerts, by the musicologist Ricardo Ducatenzeiler, which in this edition can be heard through the Festival's social networks.