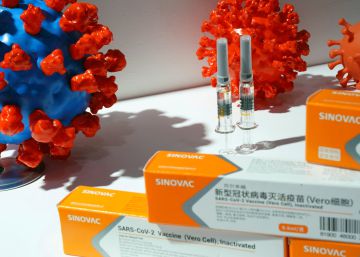 “There is a temptation for politicians to push for approval of a vaccine faster than it could be good in efficacy and safety trials, and the manufacturers are clear that they don’t want that to happen.” These are some recent words from Thomas Cueni, general director of the world employers’ association of the pharmaceutical industry (Ifpma), to confront the political pressure so that this product that is currently being investigated in the face of the Covid-19 pandemic is distributed as much quickly possible. That rush comes mainly from Donald Trump in the US, who faces the elections on November 3.

Just yesterday the Spanish employers’ association Farmaindustria recalled in a statement that nine large manufacturers that are advancing with the R&D of the vaccine have signed a commitment in which they indicate that they will only be sent for approval or authorization for emergency use when they demonstrate their safety and efficacy through a Phase III clinical study (the last stage of trials testing thousands of volunteers) that is designed and conducted to meet the requirements of regulatory authorities.

Trump advanced Tuesday night in a televised interview that the vaccine may be ready in the US in “three or four weeks.” The US president’s management of the pandemic has been harshly criticized in his country and, therefore, given the proximity of the presidential elections, the president is urged to offer a forceful response. In fact, the drug agency of that country (FDA, in its acronym in English), is considering giving authorization through the emergency route to distribute the first doses and it is at that point where the alarms go off, because this body must act as an independent regulator based on scientific evidence, but at the same time depends on the Republican government.

“The population will only trust new vaccines if they believe they have been approved by independent regulators based on pure science. Undermining that confidence would further strengthen the anti-vaccine movements, which are already disrupting immunization programs and would put us all in danger, ”Cueni said in a publication this Monday.

Ifpma employers are pointing to the FDA so that it is this agency that acts as a counterweight to the political rush and gives confidence in the products compared to other options such as the Russian candidate Sputnik V, approved without having carried out the necessary phase III trials. “Russia’s decision to approve the massive use of its Sputnik V vaccine after just two months of human trials is deeply concerning,” says Cueni, who regrets that the FDA is willing to approve the first alternative in October without having all the data. From Ifpma it is stressed that although a trial may conclude next month, it is necessary to carefully analyze the results in the thousands of volunteers. “Fast is good for politicians, but from a public perspective, too fast can be dangerous,” Cueni said.

The Trump administration said yesterday that it could begin distributing the first vials as little as 24 hours after the FDA grants authorization.

Adverse effects in a volunteer that became known in early September that led to a hiatus in the AstraZeneca candidate’s trials may not have been associated with the vaccine itself, according to an Oxford University document collected by Reuters. Days later, the British laboratory decided to restart the phase III trials it is carrying out in several countries.

The one from AstraZeneca and the University of Oxford is the most advanced alternative in the world and it will foreseeably be ready by the end of the year. It is one of the 35 candidates that are already tested in humans, as the WHO collects.