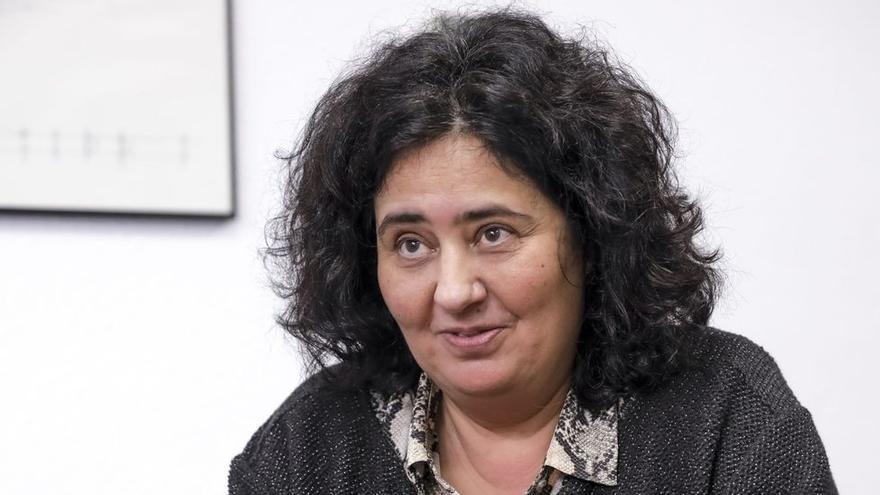 It may seem like a surreal situation, but the truth is that despite holding the position of Coordinator of the Observatory of the suicide in Balearics since the beginning of 2018the clinical psychologist Nicole Haber does not yet have an indefinite employment contract with the Servei de Salut and has been chaining temporary contracts since 2010.

Haber is among the 22 clinical psychologists, 21 of them women and one man, who filed a contentious-administrative dispute with the Health Service to claim that, due to the high number of years they had been working for public health in this community with contracts temporary, made personal fixed statutory.

The sentence in this class action lawsuit, presented before the contentious-administrative chamber of the TSJB by the lawyer Pablo Alonso de Caso, was recently communicated and dismissed the claim that the plaintiffs be converted into permanent statutory staff without first going through a public opposition contest. .

But he did consider a prior resolution by the Director General of the Health Service, Juli Fuster, to be "unlawful" in which he rejected the request of any of the affected parties to reconvert their contractual situation into a fixed one or, failing that, to convene oppositions of this category (clinical psychology) professional.

The importance of the ruling, highlighted the lawyer Alonso de Caso, is that the speakers of the ruling recognize that "the situation of the appellant, as temporary statutory staff, objectively constitutes a abuse of fixed-term public employment". The lawyer was also not very satisfied with the withdrawal of the claim of conversion into permanent staff of his clients, given that, he explained to this newspaper, the employment relationship of many of the applicants with the Health Service has been going on for a long time. more than twenty years in some cases and that many of them have also held positions of responsibility and coordination within IB-Salut, such as Haber herself from the Suicide Observatory, and who have also served as tutors for clinical psychologists who have been trained to the specialty in this archipelago.

When the coordinator of the Suicide Observatory of this community was consulted about her contractual situation, she confirmed what was referred to in this information and revealed that she began working in the old Mallorca Hospital Complex (Gesma) at the end of 2010 and that from that date until At present, with the exception of the year 2014/15 in which he admits that he did not work because they did not call him "for labor market reasons", he has been chaining one temporary contract after another.

"Fortunately Oppositions were called two years ago and we are still awaiting their resolutionto see who is awarded the vacancies for clinical psychologists offered," Haber explained, recalling that in February 2019 some 39 free shift vacancies and another 3 for disabled people were put up for competition. "After being confined for several months studying and preparing the opposition later they confined us again although this time because of the covid-19 pandemic", he recalled with a sense of humor.

The head of the Observatory lamented this way of acting in labor matters, which, she recalled, is common in all Public Administrations in this country.

Now he hoped to obtain a place in property after participating in the recent opposition contest that, revealed, is in the publication phase of the merits of the applicants.

Yes, Haber regretted the long period of time that had passed without an offer of public employment in his specialty being called. It is not clear to him due to the long years that have passed, but he is certain that since he began working at Gesma in 2010 there has only been the aforementioned pre-pandemic opposition.

The lawyer Pablo Alonso de Caso still It is not clear whether he will appeal in cassation before the Supreme the judgment of the TSJB, an appeal that should be based on the fact that there has been an infringement of rules of state law or of the European Union. Alonso de Caso revealed that at the end of this month he will meet with all the psychologists for whom he filed the lawsuit to decide how to act. The deadline for submission is March 11.