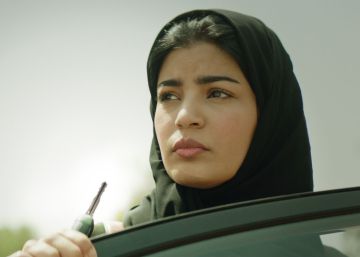 Saudi Arabia, the country where the Spanish Soccer Supercup is celebrated with great pomp and where the woman, until August 2019, had to ask the husband or father for permission to travel; the country where a woman can be a medical doctor and a part of male patients prefer to be treated by untrained nurses; the country where women can present themselves to the mayor's office of a town or city, and the rallies must be held through videoconferencing because their presence in a men's auditorium is prohibited. The historical Saudi filmmaker Haifaa Al Mansour speaks a lot of it in the simple and didactic The perfect candidate.

Al Mansour, a graduate in Literature in Cairo, trained cinematographically in Australia, the first woman to direct a film in her country, Green bike (2012), and with productions both in Arabia and in Europe, He has composed a story that can almost have the essence of a fable, both for the clarity of the message and for the sober elementaryity of his proposal. Presented at the last Venice festival, The perfect candidate It seems to be made for the Saudis, and that's very good. It is there that it is essential that his message runs when it is released next May, especially if two facts are taken into account, apart from the social situation: cinema was banned from the eighties until April 2018, when his first room was opened in 35 years; and it seems obvious that it is a place where there is no great cinematographic culture.

Perhaps for all this the director, who had already demonstrated an expressive beauty in the ways in which Mary Shelley (2017), his most ambitious commercial and artistic work, produced by the United Kingdom and the United States, has preferred this time a much more conventional staging and a portrait of characters fleeing the complexity to approach in a much clearer to the problems of women in your country. As a way of anchoring in the great little things of life, in this case, the asphalting of a path by which ambulances arrive at the hospital where his heroine works as a doctor, Al Mansour flatly clears the long road that still remains tour in a country of bleeding contradictions.