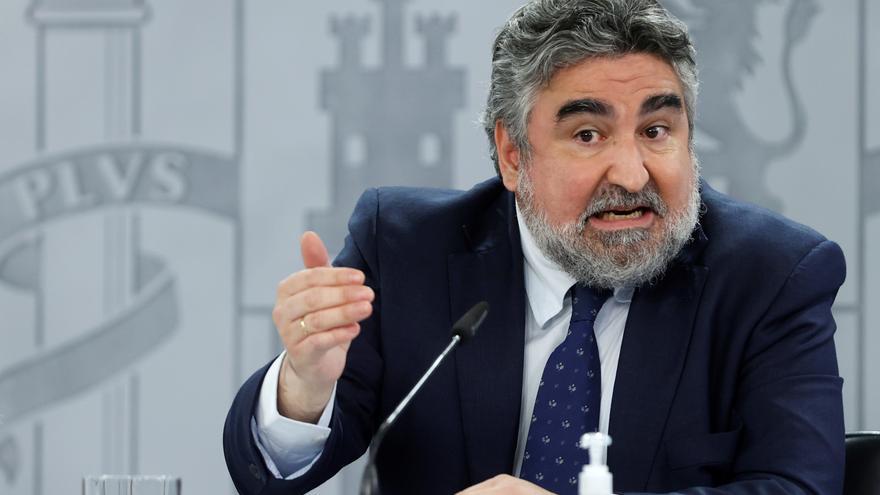 Madrid, May 16 (EFE) .- The Pedro Zerolo Foundation has presented this Sunday the Pedro Zerolo Cinematheque, a project that the Minister of Culture and Sports, José Manuel Rodríguez Uribes, has described as a “very powerful initiative” since it puts “in value cinema as a tool to disseminate the great values ​​of civilization “.

This was expressed by Rodríguez Uribes during the presentation at the Ciné Doré in Madrid, headquarters of the National Film Library, of the “first project at the local, national and international level” of the Pedro Zerolo Foundation.

An initiative that aims to be “regularly” a meeting point and visibility of diversity, through the promotion of awareness activities with cinema as a tool for social change.

“The initiative is very powerful because it is to value the cinema as a tool to disseminate the great values ​​of civilization, of human rights, of everything that has to do with public ethics. As a university professor, I used cinema many times to explain the relationship between justice and the law, therefore I think it is an extraordinary initiative “, said Rodríguez Uribes during this presentation.

But the minister has also stated that it is an initiative that means “remembering Pedro, his legacy, his work in defense of civil rights, of solidarity.”

As explained by the Pedro Zerolo Foundation, this cinematheque will be a “unique space for meeting, dialogue and permanent and stable exhibition of filmographies with various themes of LGBTI cinema.”

“We consider – they add – that it is essential to create spaces that make visible values ​​of equality and diversity, from a positive perspective, to the entire population through culture and training, central axes of our project.”

Specifically, the Pedro Zerolo Cinematheque has started its activities this Sunday -among which are also talks with guests such as the former president of the Government José Luis Rodríguez Zapatero or the actress Concha Velasco- with the constitution of its advisory council, of which Agustín is a member. Almodóvar, Cayetana Guillén Cuervo, Chus Gutiérrez, Cristina Andreu, Enrique López Lavigne, Josefina Molina, Pilar Bardem or Ventura Pons, among others.

“This is a very exciting project, thank you for these initiatives that enrich us all and help us all to be better in this difficult context,” said the minister during his speech, in which he confessed that he continues to miss least of all his friend and party partner, Pedro Zerolo (Caracas, Venezuela, 1960-Madrid, 2015).