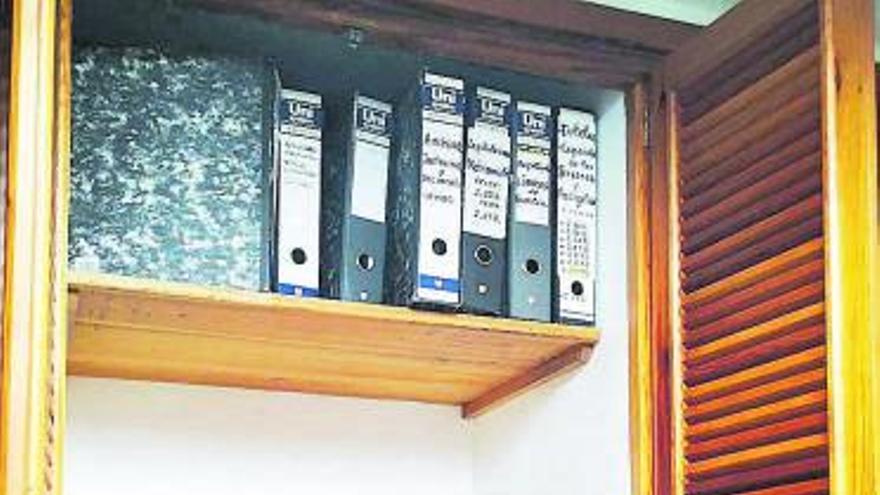 This change of location is an added difficulty for the affected population. There is the circumstance that the personnel of the Civil Registry of Santa Cruz de La Palma cannot provide service to those affected because they lack the competence to access this documentation. The order received determines that they have the mission of custody, which makes any resident of Tazacorte and El Paso find themselves in an administrative “limbo” when it comes to having documents that seem essential in the current situation.

The decision involves the administrative unit in charge of exercising powers in matters such as obtaining and recovering Spanish nationality and the recognition of the civil status of natural persons and its reflection in the Civil Registry.

In municipalities where there is no Court of First Instance, the processing of documentation that has to do with the registration of births, marriages and deaths is entrusted to the justices of the peace. This task is carried out by “lay judges” and they are located, as in the case of these two municipalities, in facilities assigned by each municipality (they share dependencies with the central services).

The reason put forward by this body of the Ministry of Justice for carrying out these transfers is striking. The “dangerousness” of the volcano and the possible consequences that the affectation of the lava would generate to these facilities and to the sensitive documentation they contain. It should be noted that in the case of the El Paso City Council, it is located 4,000 meters from the nearest pouring point and at an elevation equal to that of the Tajogaite cone, while the Tazacorte Town Hall is located more than 2,500 meters from the laundry.

The role of the Canarian Government

The communication sent by the Ministry of Justice to the Civil Registry of Santa Cruz de La Palma specifies that the decision of the General Sub-Directorate of Nationality and Civil Status comes in response to the request made by the General Director of Relations with the Administration of Justice of the Canary Islands Government, Marta Bonnet Parejo. In this office, they are authorized to remove the books that contain the history of both municipalities and their transfer to the headquarters of the Courts located on Anselmo Pérez de Brito street, Santa Cruz de La Palma.

The relocation of the content of the Justice of the Peace courts in Tazacorte and El Paso is also motivated, as indicated in the communication issued by Justice, by “the danger that they are lost [los documentos] by the volcanic eruption ». In this sense, it is stated that, until the moment the transfer materialized, they were in a “situation of danger due to the lava flows from the volcano”, which made it necessary to safeguard “the integrity of the records and books of the Civil Registry” of these justices of the peace.

Both municipalities regretted the ignorance that this decision shows by those who make it. In their complaint, they agreed that neither of the two municipal administrations was consulted or informed in advance. In a special way, the sources affected the damage that the measure is already causing to many neighbors, who have required this service due to the lack of documentation.

“Inexplicable”, in addition, is the term used when assessing the intervention of the Government of the Canary Islands in this matter when formulating the request to transfer the documentation. They point out that arguing the existence of risk of affection by the lava entails “indirectly warning of the possibility that both municipalities are also”. They remember that the withdrawal of the books of these justices of the peace can only be carried out under justified causes of danger to their integrity, as determined by law.

The transfer was carried out last Tuesday by a technician from the Government of the Canary Islands and specialized logistics personnel arrived from Tenerife. The official letter insists that, “having regard to Article 100 of the Civil Registry Regulations,” which establishes that the documents must be in safe conditions under the custody of the person in charge of the Civil Registry, to prevent the danger of destruction, “this Madrid management center informs you that there is no problem, authorizing the person in charge of the Los Llanos de Aridane Civil Registry to temporarily transfer the files and registry documents and Civil Registry books to the Palace of Santa Cruz de La Palma. the justice of the peace courts of El Paso and Tazacorte.

In the case of Los Llanos de Aridane, the other municipality directly affected by the volcanic eruption, is exempt from this measure, so it is striking that it was not the place chosen to deposit the documentation. This, despite the fact that the headquarters of the Llanenses courts has enough space to house them, it is the head of the judicial district and is located between Tazacorte and El Paso. It is considered to be the alternative that would least harm those affected.

The content of these Peace Courts is now stored in a small room in the Court of Santa Cruz de La Palma, where they have installed three fireproof cabinets in what until recently was used as a forensic waiting room, first, and as a fourth service for the Prosecutor’s Office, subsequently.