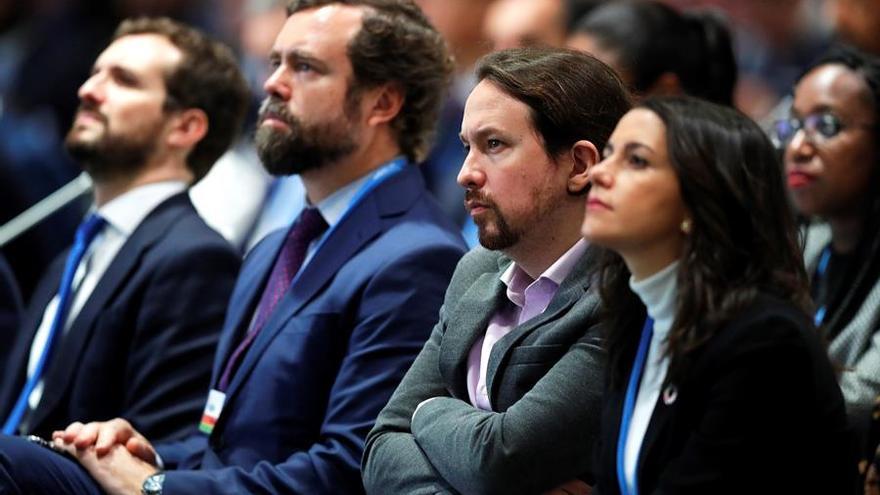 Last Wednesday, the Provincial Court of Madrid definitively archived the investigation into the management of the Solidarity Fund of Podemos. The court rejected the resources of Vox and the former senator of the party, Celia Cánovas, to reopen a case that adds to the dozen judicial pieces opened as a result of the public complaint made by the former lawyer of the formation José Manuel Calvente after being fired .

Of the 10 causes that derived from his testimony, only two remain open. One of them was also dismantled on Wednesday by the Prosecutor’s Office, and the other remains in limbo between two courts without any of them effectively taking charge. The last file, like the previous eight, has been received with silence by those who have used it in the last two years as a political battering ram against Podemos and against the coalition government.

Calvente’s public denunciation, which first took place in the media and then in the courts, came precisely on the eve of the confirmation of the agreement between the PSOE and United We Can for a joint Executive. From the first moment, the PP demanded that Pedro Sánchez dismiss the then second vice president of the Government, Pablo Iglesias, despite the fact that he has never been the subject of investigations in any of the 10 pieces in which the vendetta of the lawyer. In January 2020, Pablo Casado attacked Iglesias for criticizing the judge

Very quickly, the “Podemos box B” concept was constructed to counteract it with the PP box B, this yes judged and ratified by the courts on several occasions. Calvente testified in court in July 2020 and, despite the fact that he was unable to provide evidence of his allegations, the judge ordered an extensive battery of proceedings. He also blamed the party, which definitively opened the spigot of criticism from the right from the opposition.

“Box B demands the dismissal of Sánchez’s vice president with the same yardstick of his motion of censure,” Casado said then, who drew a parallel between the sentence that condemned the PP and the start of an investigation that today languishes after dozens of proceedings and testimonies. The comparison began in December of the previous year, when the complaint was made public: “They made a motion of censure against the President of the Government just for being a witness,” he said, to criticize the fact that the PSOE maintained its negotiation with Podemos despite “their alleged bonuses and alleged box ‘b’, or the alleged irregularities in the reform of its headquarters, which his former lawyer has uncovered”.

Vox and Ciudadanos were not far behind in their statements. In an intervention in Congress, the far-right deputy Ignacio Gil Lázaro ironized with the case. “All this is a conspiracy, it does not exist, it responds to an attempt by the judiciary” to go against Podemos. “Can any Spaniard take this victimizing speech seriously when their behavior and attitudes are seen? It offends intelligence,” he settled.

In fact, Vox is part of the dwindling macro-cause against Podemos. The judge instructing the case, Juan José Escalonilla, he accepted them the same day that Calvente testified before him. Despite his attempts to keep the investigation open, justice has been shelving the different pieces opened by Escalonilla. In fact, a Vox appeal caused the Provincial Court to order the case to be returned to this magistrate for the alleged use by Irene Montero of a public position to care for one of her daughters. Escalonilla sent this complaint to distribution, but now he must take it up again.

This investigation, which no judge has assumed since last December, was also used against Podemos and against the Minister of Equality. The objective is to wage a cultural battle, to attack the policies of the Ministry and its messages.

Citizens also attacked the party and its leaders as a result of the judicial investigation. “They avoid being held accountable and act like the caste they criticized so much. Pablo Iglesias must show his face in Congress and that is why we have requested his urgent appearance,” said Inés Arrimadas in August 2020.

In those days, a tough battle was waged within the Government to determine the partners that would approve the 2021 General Budgets. While the PSOE tried to add Ciudadanos to the agreement, Pablo Iglesias made an effort to remove them from the equation and forge the majority of the investiture, which he finally achieved.

Two years after the most complex judicial gymkana was opened for Podemos, it is heading towards an end that will free the party. But the political uproar that accompanied the opening of the investigations, and their subsequent development, has now become silent among the rivals of the party that Ione Belarra now leads.