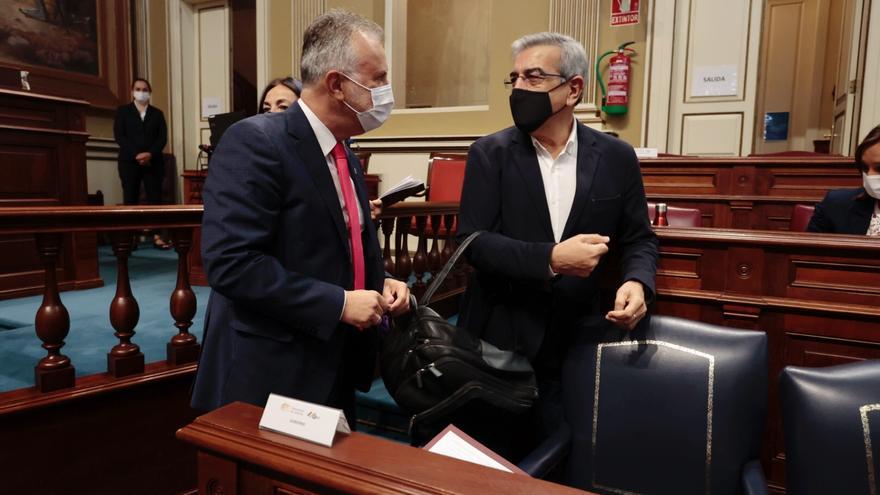 Torres asserted that they are streamlining all the mechanisms so that the response is quick, both in housing and in water for irrigation of future banana plantations because the current harvest is lost, or to help families through the Citizen Attention Office. However, he stressed that “we are not close to the end of this volcano” and, therefore, the damage it can cause during its eruptive process is not yet known. While he was speaking in Parliament, information of new evacuations in the La Laguna neighborhood of La Palma, which shows that the volcano is still alive, wreaking havoc and no one knows how long it will last. Only “appeal” that in this process there is no damage to human lives as up to now and trusts the work of the scientific community to provide for the safety of people.

Torres explained to the deputies that the volcano emitted on Wednesday 20,000 tons of sulfur dioxide and for it to be considered to be in the stopping phase, it must issue 100 and 500 tons in 24 hours. Therefore, it is expected to continue to erupt for quite some time. What’s more, it already surpasses the volcanoes of the Teneguía and San Juan together. The president repeatedly repeated the “impotence” that he feels for not being able to control this natural phenomenon and expressed that the affected families are “broken” and “in shock” but consider that “they are not going to give up.”

He promised that the Government “the soul is going to be left” in the social and economic reconstruction of the island. The palmeros will have the help of all the administrations that are acting in a coordinated way, he pointed out, and thanked the Parliament for the unity in support of La Palma despite having different political colors. There is no room for political returns here, he emphasized. “This disgrace” cannot be compared “to any other” and, therefore, he is convinced that no political group is going to get a “apex of profitability” political thanks to the volcano because what remains ahead is “tremendously complicated”, with various decree laws that will have to be validated in the legislative chambers.

The president received congratulations from the government and opposition groups for being on La Palma from minute zero, working every day, and even the PP acknowledged the swift reaction of President Pedro Sánchez and his trips to the island that have caused the State to have already allocated 225 million euros in aid.

Torres repeated that “this will not be quick or easy” and that it must be clear that “the enemy is one”, the volcano.

“Count on us, but we are also going to be critical and demanding” so that the island’s reconstruction plan is put into place as soon as possible, said the deputy of the Canary Coalition, Nieves Lady Barreto. Maria Australia Navarro, spokesman for the PP, guaranteed that his party “will rise to the occasion” of the circumstances and will contribute its proposals and experience, although it will control that the help arrive quickly to the victims. Also the spokesperson for ASG, Casimiro Curbelo, He stressed that it is the opportunity to propose a “new reconstruction of La Palma”.

For the president of the Canary Islands, this is the greatest volcanic tragedy in Europe in a hundred years and this has been transmitted to the EU to give all the possible help to rebuild the Island.