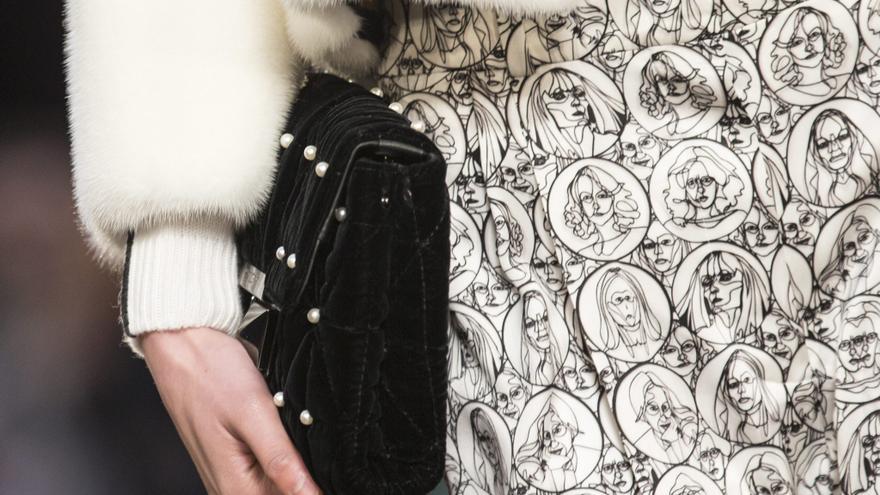 Paris, Feb 28 (EFE) .- Paris Fashion Week kicks off this Monday with a fourth virtual edition of its catwalk, after a year marked by the pandemic, with almost a hundred online fashion shows and news such as the premiere of the Uruguayan Gabriela Hearst in Chloé.

Starting this Monday and until next March 9, more than seventy firms will show their creations for fall-winter 2021/2022, to which others such as Sonia Rykiel will join, who will present their lines outside the official calendar.

This same Sunday, Rykiel reveals his new collection in which it is also his return to the Paris catwalk. It does so with a tribute to what was “the queen of knitwear” conceived by the new internal team of the house after being acquired by the French entrepreneurs Eric and Michael Dayan.

On Sunday, March 7, at the first hour it will be the turn of Jil Sander, who this time changes the Milan catwalk for the Parisian one, while late at night the American Matthew Williams will show his second show as creative director of Givenchy.

The penultimate day of Parisian Fashion Week will be the turn of brands such as Lanvin, Schiaparelli and Christian Dior, before Chanel, Paco Rabanne and Louis Vuitton close the catwalk on Tuesday, March 9.

Despite being virtual encounters, great moments are expected such as Hearst’s premiere at Chloé, who was named creative director last December.

The Uruguayan has carved out a niche for herself in fashion with her eponymous brand, known for its sustainable ambition, its collaborations with artisans and its timeless vision of clothing.

But her bohemian as well as feminine character seems to fit perfectly into the aesthetic that Chloé has advocated in recent years in her collaborations with designers such as Clare Waight and Natacha Ramsay-Levi.

Another novelty will be the premiere of the Belgian Nicolas Di Felice in Courrèges, on Wednesday 3 March.

Outside the official calendar, they will present their Saint Laurent, Balenciaga, Kenzo and AMI collections, some of the brands that take advantage of the changes in the sector to test new strategies that connect with the public.

All the parades can be followed on the brands’ social networks and on the website of the Federation of Haute Couture and Fashion, organizer of the event, which acts as a union, and which, thanks to a series of agreements with technological platforms, is being achieved. resist the pandemic earthquake.

The executive president of the federation, Pascal Morand, admitted in January in an interview with the specialized medium Fashion Network, that when the shows are face-to-face again, the digital dimension will remain as a form of innovation and creativity.

“We are seeing an extension of the field of creativity in collaborations with filmmakers, illustrators and video game creators,” said Morand.

ALMOST A YEAR WITHOUT CATWALKS

It was precisely a year ago, in March 2020, during the presentation of the autumn-winter 2020/2021 collections, when the outbreak of the first wave of the coronavirus broke out in Europe: thousands of people from half the world flocked to the parades, days before France introduced a first lockdown.

Since then, fashion has been forced to say goodbye to its large and glamorous events, although after several months of adaptation, the virtual catwalks seem to have already settled.

With the exception of some specific events during the catwalk last October, there are now three editions that are held entirely online.

But this has not paralyzed the design industry, which is experiencing this trance like a parenthesis, waiting to reconnect with the public in person, even though this experience is being an intensive learning about the advantages of the virtual world.