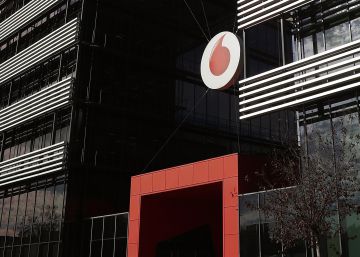 Vodafone Holdings Europe, parent of Vodafone Spain and Ono, recorded losses of 4,272 million euros in its last fiscal year, closed on March 31, which joined the red numbers of 802 million recorded in the previous year. An exercise that was marked by the decision of Vodafone not to buy television television rights, considering that they are not profitable.

Losses are a consequence of the sanitation carried out by the parent company. In the report submitted to the commercial register, Vodafone Holdings Europe notes that, on the balance sheet as of March 31, 2019, it registered a deterioration on its participation in Vodafone Spain of 1,527 million euros, and 2,641 million in ONO (in the year ended as of March 31, 2018, an impairment was applied to this participation amounting to 789 million). In total, 4,168 million.

The company points out that the losses were compensated for 4,538 million euros through different movements. On the one hand, an amount of 3,512 million was compensated, from the application of the total issue premium (3,100 million in total), together with the previous reserves of 210 million and the contribution of partners for 202 million.

Similarly, the sole partner disbursed 2,500 million euros that were allocated to own funds to compensate for accumulated losses, in order to restore the balance between capital and equity reduced by losses.

The balance sheet as of March 31, 2019 showed an amount of 7,638 million euros worth of investments in group companies and long-term associates, compared to 11,818 million in the previous year.

At the end of the year, Vodafone Holdings Europe presented in its balance sheet a negative working capital amounting to 382 million euros, compared to 91 million the previous year. The negative working capital is generated by loans received from group companies. The company notes that its parent company “has approved a business plan that will generate sufficient cash flows to meet its current and future obligations, so it is not estimated that liquidity problems will arise during the next year.” Likewise, he insists that he has the Vodafone Group’s express financial support to meet the payments that appear on the balance sheet as of March 31, 2019 and the payments for the following 12 months.

Within the company’s corporate structure, Vodafone Holdings Europe has as its sole partner Vodafone Europe, B.V., based in the Netherlands, which in turn is 100% directly or indirectly dependent on the Vodafone Group, based in the United Kingdom.

Change. The company recalls that the Vodafone group in Spain has opted for a new strategic positioning, for which it has redefined its content policy and improved the conditions of its pricing plans. “These decisions will allow Vodafone to gain competitiveness in the medium term, but in 2019 they have led to a decrease in income and the ebitda margin,” says the company, adding that the initiatives launched after leaving football have allowed limiting Loss of customers during the year.

Increase. The company says that with all the changes and measures implemented Vodafone expects to return to the path of service revenue growth, driven by a growth in the customer base.

UGT and CC.OO. they summon concentrations in open spaces, as in the Puerta del Sol