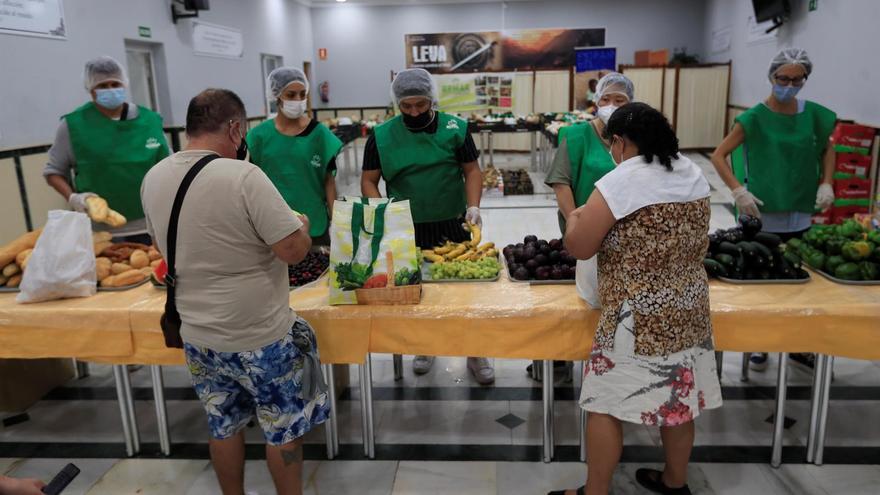 The pandemic has had a “devastating” impact on Spanish society, with 11 million people living in social exclusion and, of them, six million already living in severe poverty. They are two million more than in 2018 and is the highest figure recorded in the country since 2007.

It is the X-ray that Caritas and the Foessa Foundation have shown this Wednesday in the report “Expelled society and the right to income”, which warns of the “widening of the space of social exclusion, where 2.5 million new people now live compared to the year 2018 “, of them almost two million in severe exclusion.

“We need to make a call to society that the crisis leaves us a devastating and very worrying impact; this crisis leaves behind a deep mark with important consequences on the living conditions and levels of social integration of individuals and families, whose consequences will continue to worsen while the pandemic continues and, foreseeably, beyond, “warned the technician of the study team Thomas Ubrich.

According to the report, a general worsening of integration levels for the population as a whole can be seen: families in poverty have increased, but households without exclusion problems have also decreased, which is 41.2% when in 2018 they were 49.3%.

“There has been a slide of the different strata of society towards situations of greater precariousness and social exclusion. An unstoppable flight towards a more unequal society, where the group that grows the most is that of the most disadvantaged”, he asserted.

In the presentation of the report, the Secretary General of Cáritas Española, Natalia Peiró, has claimed to strengthen the minimum vital income, which is only charging or has been granted to 18.6% of applicants in severe poverty, while for almost half has been denied.

“This income may be helping at levels as basic as being able to eat throughout the month or sleep more warmly,” said Peiró, who stressed the importance of having a guarantee of access to housing and its supplies.

Families with children, most at risk

“The pandemic has hit hardest those who were already the losers,” says the study, which warns that the group that has grown the most is the population that lives in a situation of greater disadvantage, those who are located in the severe exclusion.

Having minors in charge is still a burden when there is no support. The difficulties involved in parenting and the weakness of public support for their families increase the risk of social exclusion in these households: 27% of couples with children compared to 18% of couples without children.

A much more pronounced incidence in the case of a large family (47%) or a single-parent household (49%), especially when the main supporter is a woman, he points out.

“The pandemic has intensified critical exclusion situations for the population of immigrant origin and has chronicled an obvious position of disadvantage, 38% of this group is in the space of exclusion and 65% is in severe exclusion,” said Ubrich.

Employment and housing, the burden of poverty

One in four households experiences serious difficulties in terms of employment and has low and insufficient income to access and maintain a home and household supplies. They are the “working poor.”

Employment does not ensure social integration, Caritas points out. It is noteworthy that the number of households with all unemployed active persons has doubled (from 5.9% to 10.3%) and of households whose main breadwinner is active, in severe job instability (from 4.8% to 10 ,3%).

“But it is not only a question of having or not having a job, but of its quality,” the Foessa coach has warned.

The number of families for whom housing expenses are such a burden continues to increase that, once they are made, they are left in a situation of poverty. A reality that 14% of households live today, the analysis shows.

“The close relationship between difficulties with employment and exclusion in consumption is evident when verifying that, for the group of households affected by exclusion in employment, severe poverty rises to 30%, tripling the level of affectation of the society as a whole, “he says.

“The family, traditional breadwinner of our society, is eroding and, if confirmed, this trend could be very worrying for the psycho-emotional development of the population,” explained the person in charge of the report.

According to the research, the number of households whose living environment presents serious difficulties has doubled. In these families, the problems of confinement and the restrictions of the pandemic have been added the reduction of income, the impact on their mental health or the poor conditions of the floors.

“Stress, anxiety or vital fatigue cannot be addressed only from an individual perspective; our public health system must integrate a collective and community mental health perspective,” claims Caritas.

The digital divide in these families is a new engine of social exclusion and inequality: a reality that affects 46% of households in a situation of exclusion compared to 35% of all households.