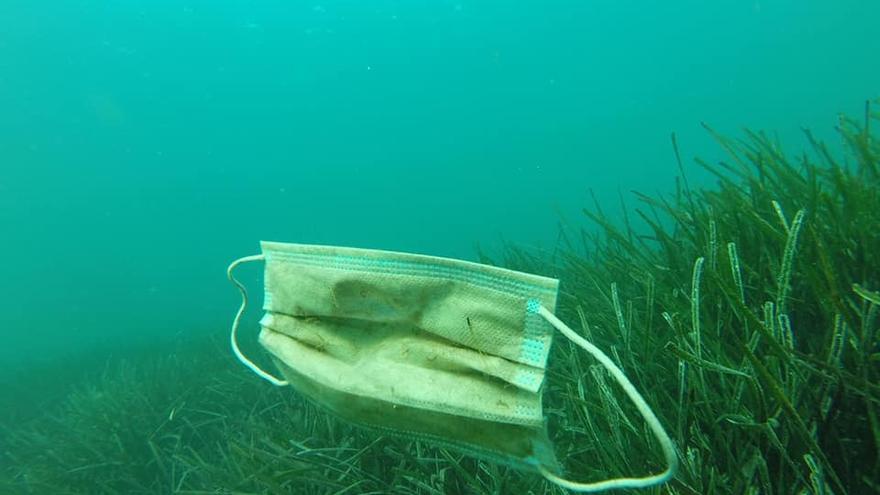 Responses to COVID-19 have led to increased use of certain products made from long-lasting single-use plastics, EEA report finds Impacts of COVID-19 on single-use plastic in Europe’s environment. The increased production and consumption of masks and gloves – which have been essential to protect people’s health – and certain types of food packaging, have resulted in additional greenhouse gases and other emissions, as well as garbage. that can harm ecosystems and animals.

Imports of masks and gloves into the European Union (EU) more than doubled during the first half of the pandemic, and EU national production has also grown, notes the Agency, which estimates that, during that period, imported into the EU an additional 170,000 tonnes of masks, approximately 0.75 units per person per day, which led to additional emissions of greenhouse gases, ultimately responsible for the climate crisis, and other types of pollution.

The environmental and climatic impacts of the increase in the use of disposable masks and gloves during the pandemic are due to the massive use of natural resources, the manufacturing processes, their transportation, and, at the end of their useful life, the management of waste and garbage. . Impacts during the production stage appear mainly in exporting countries outside Europe, while those related to waste and garbage arise in Europe.

Although European countries have chosen different waste management strategies – masks and gloves, most EU states have advised their citizens to dispose of them in mixed municipal solid waste containers, which are normally incinerated, although landfills it remains a common practice in some regions of Europe, according to the EEA. Incineration and storage are two of the least efficient practices in addition to not being able to reuse a large amount of raw material that is lost. It does not align with the so-called circular economyr for which the Waste Bill sent to Congress a little over a month ago and whose parliamentary admission debate is scheduled for this Thursday should serve.

“Throwing away single-use masks and gloves is an obvious side effect,” the report states: “Although they can be unintentionally lost, a survey conducted in July 2020 revealed that 5% of people in France (ie , more than 2 million) admitted to having thrown their masks on public roads. ” Abandoned trash tends to travel perniciously. Especially if they end up in waterways. The final destination is usually the sea where waste and plastic accumulate increasingly: about 126 tons of disposable plastic only from Spain to the oceans, according to the UN estimates.

Trash-filled masks and gloves are found on streets, rivers, beaches, coasts, and at sea. “Experts warn that fish and birds can ingest soft, flexible plastics and can become physically entangled,” states the report: “Masks and gloves are already included in marine litter tracking.” During the COVID-19 pandemic warnings about growing accumulation have already been heard these objects on the beaches, coastlines and sea beds. The marine litter is a threat already verified for oceanic biodiversity.

And there it is not the thing since discarded masks and gloves can be broken into smaller pieces by the weather, UV radiation and abrasion, causing microplastic contamination. “Microplastics can be released from the degradation of the tissues of the outer layer (polypropylene) and the inner layer (polyethylene) that make up” these objects.

According. According to the EEA analysis, “Assessing the quantitative impacts of single-use masks on the environment is not straightforward, because the variety of designs and combinations of materials makes it difficult to obtain an average composition. In an attempt to calculate emissions greenhouse gas emissions from masks, we have used the material composition of a single-use three-layer mask made of polypropylene. This is a typical medical mask that meets the requirements of the European standard EN 14683: 2014 “.

Thus, “greenhouse gas emissions related to the manufacture, transport and treatment of waste from single-use masks range between 14 and 33.5 tons of carbon dioxide equivalent (CO2e) per ton of masks, according to the composition of masks. Production and transport account for the largest share. Since these masks are produced mainly in China, a large part of these emissions occur outside of Europe. As a result of increased consumption of masks in Europe, have emitted between 2.4 and 5.7 million additional tons of CO2e, above the usual level, in the 6-month period from April to September 2020 (+ 118%). Additional CO2 emissions are expected in subsequent periods “.

“During lockdown, restaurants switched to takeout and home delivery, increasing the use of single-use plastic food packaging,” says the EEA: “However, the same restrictions may have reduced overall sales of snacks to go, cutting out the need for plastic for that purpose. “