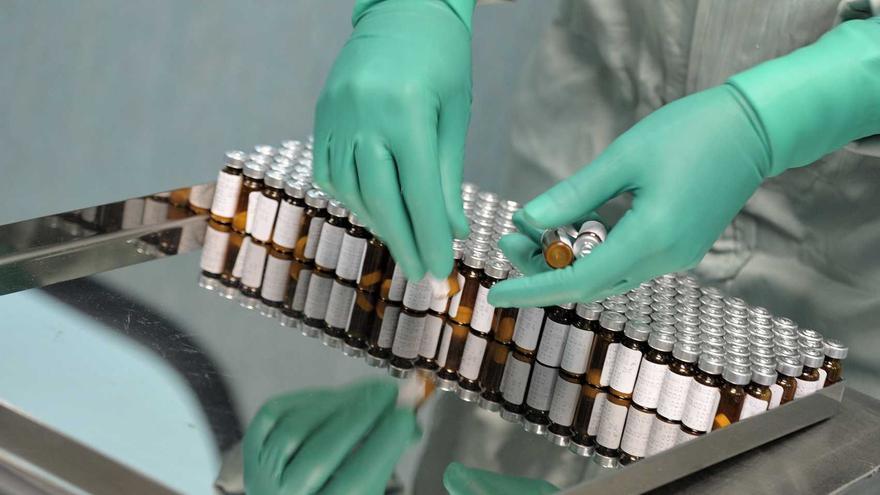 The pandemic from coronavirus has delayed the studies of MTBVAC, the new candidate vaccine against tuberculosis of Spanish invoice developed by the team led by the doctor Carlos Martin Montañés at the University of Saragossa. In preclinical studies, MTBVAC has been shown to confer greater protection against the disease than BCG, the only one currently available and which has already complied a century of life. However, its development has been paralyzed by the health crisis: almost a year of delay in studies in babies and adults, explains the researcher, to THE NEWSPAPER OF SPAIN. The investment in vaccines against tuberculosis in 2020 was 1 dollar (0.86 euros) for every 1,000 dollars (862 euros) that were invested in the same section against covid-19.MTBVAC is one of the 14 new vaccines against the disease found in clinical development all over the world. It is designed by the group of genetic research Dr. Martín Montañés, from the Department of Microbiology at the University of Zaragoza, who has been working on its development for 25 years, and Brigitte Gicquel, from the Pasteur Institute in Paris. It is one of the most promising in the world.

If the disease is not controlled, the threat of an epidemic of untreatable strains is always present, says the expert

“We have to be aware that tuberculosis is a respiratory disease and transmissible, “says the expert. If the disease is not controlled worldwide, the threat of a strain epidemic untreatable is always present & rdquor ;, the researcher warns this newspaper. Dispose of an effective vaccine it is essential for the global fight against the disease, he says.

World Health Organization (who) has warned again: for the first time in 10 years, the cases of tuberculosis have stopped falling worldwide “and, what is more serious, it has decreased diagnosis and treatment, with which we expect a rebound in cases and deaths in the coming years. What worries most are the cases of multidrug-resistant tuberculosis that make us lose the ability to treat the disease and return to the pre-antibiotic era & rdquor ;.

On July 18, 1921, a baby just a few days old was born in Paris received the first dose of BCG -the name corresponds to the initials of Bacilo de Calmette-Guérin-, the first, and so far, the only vaccine against tuberculosis that is currently used in about 100 countries. According to experts, it has great successes (such as the prevention of severe forms of tuberculosis in children), but also great shortcomings (it does not prevent primary infection in adults, nor the progression of latent infection).

“The current tuberculosis vaccine is derived from a strain of Mycobacterium bovis, which caused tuberculosis in cows, and in its attenuation it lost a region that contains major antigens of the bacillus & rdquor ;, explains Carlos Martín to this newspaper. It is one of the most widely used vaccines in the world, due to its protection against severe forms of tuberculosis in children but, it continues, given its “poor protection against forms of tuberculosis. respiratory disease, the disease continues to spread and causes more than 10 million new cases and more than 1.5 million deaths each year. “According to WHO data, India heads this list, followed by Indonesia, China, the Philippines, Pakistan, Nigeria, Bangladesh and South Africa.

What is the situation in Spain? “The number of cases is not very high and can vary between 5-20 per 100,000 inhabitants. Tuberculosis is a disease treatable with a combination of drugs for six months and our country has very good diagnostic laboratories as well as clinicians that make the number of cases resistant to drugs be low, “answers the microbiologist.

The vaccine developed by Dr. Martín Montañés’ team “was constructed from a strain of Mycobacterium tuberculosis isolated from a patient and belonging to Lineage 4, one of the most frequently isolated in humans. “It was manufactured, he details, by genetic engineering inactivating the virulence circuit regulated by a transcription factor called PhoP. In animal models, abounds, this vaccine has shown greater protection than BCG against respiratory forms of the disease.

The beginnings were the study of a multidrug-resistant tuberculosis epidemic in the 90s of last century among HIV-positive patients, before having antiretroviral therapy effective and that caused more than a hundred deaths in our country. Seeing that this PhoP transcription factor was responsible for the increase in virulence, it was when the research team at the University of Zaragoza -in collaboration with the Pasteur Institute- decided to inactivate a clinical isolation of M. tuberculosis of a patient & rdquor ;, relates the researcher.

Within European projects, they collaborate with different laboratories and, in these 25 years, they have shown that MTBVAC protects better than BCG in models, guinea pig mouse and macaques against the pulmonary forms of the disease. When it shows its efficacy in Phase 3 in humans, “it could be a very important tool” for the control of the ailment, says Martín.

The slowdown of the pandemic

Of course, the pandemic of coronavirus It has also slowed down the course of these investigations, points out the professor of Microbiology at the University of Zaragoza. MTBVAC is now ready to begin Phase 2A efficacy trials in newborns in countries where the disease is endemic. But those studies in babies ended with a one-year delay. It is now estimated that Phase 3 will begin the second quarter of 2022.

It will study, the microbiologist details, the safety in a greater number of babies in Senegal, Madagascar and South Africa and, also, the effectiveness in different centers in South Africa for 5 years. Both projects, he details, are partially financed by the European Union through the EDCTP program (The European and Developing Countries Clinical Trials Partnership) and by the Spanish pharmaceutical company Biofabri, one of the subsidiaries of the Galician Zendal, which is also the European partner of Novanax for the production of the US company’s coronavirus vaccine.

“We are currently initiating the design of efficacy studies in adult adolescents that can have a great impact in the fight against tuberculosis and for this we are seeking collaborations and financing“; indicates Carlos Martín who, in addition, on the impact of the health crisis in other investigations, reveals that according to STOP-TB, investment in tuberculosis vaccines in 2020 was $ 1 (0.86 euros) per 1,000 dollars (862 euros) that were invested in vaccines against covid-19.