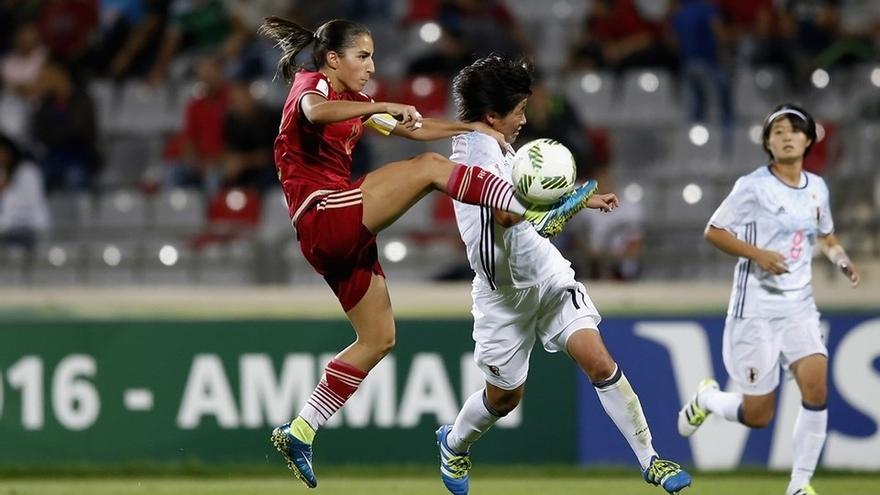 Claiming yourself on and off the field. Soccer players have to be constantly there, because if something is highlighting the coronavirus pandemic, it is, once again, that women’s football is far from receiving the same treatment as men’s football by the different institutions. On the field, the players still haven’t been able to do it since last March. And it is that, unlike the men’s league, the Primera Iberdrola (the highest category of women’s football) was terminated despite the fact that there were eight games to play. That has not been the only blow they have received, since the start of their 2020-2021 season has also been affected. Finally, it will begin on the weekend of October 3, a month later than the date that was originally proposed, September 5.

“The word that best defines the situation we have experienced is uncertainty. We heard dates but nothing was specified. Although October 3 has finally been set, until I see the specified calendar I do not believe it. This is not a hobby, is our profession. The Federation does not have the same respect for us as men’s football, “laments Cristina Pizarro, better known as Chini, a player for EDF Logroño. Luckily, Chini has not had financial problems, since during the state of alarm she was in an ERTE and Later, the club has paid their salaries again. But, as press sources from the same club admit, the fact that women’s football has been stopped since March has affected many people. “Last season we already had certain losses. There are many jobs behind: sponsors, televisions … “, says Logroño’s press department.

The Spanish Football Federation (RFEF), on the other hand, argues that the reason for the delay in the start of the Primera Iberdrola season has been the late approval of the health protocol by the Council of Superior Sports (CDS). “We proposed that it be September 5, but when we experienced the outbreaks we asked the Government for a health protocol. This has come much later, in fact, it was not approved until last Friday.” However, the press department of women’s Logroño recalls that when the first date was proposed, it had not been agreed either. Regarding this, the RFEF only indicates that a health protocol was not proposed at the beginning because the situation of the pandemic “has not always been the same in our country.” The figures collide with this statement, taking into account that since the beginning of July and until today, infections and daily deaths from COVID have multiplied.

The management of the Santander men’s league, however, has been totally different. Its sanitary protocol has been the first to be approved and the season started on September 12. “Everything has been complicated. The Government has had to manage the return to school as well. That the sanitary protocol of women’s football could have been approved more quickly? I suppose. But that does not depend on us but on the Government,” indicates the RFEF. The Higher Sports Council (CSD) also ignores this responsibility: “Our body prepares general protocols, but the powers of non-professional leagues are those of the federations and in this case the question should be addressed to the Royal Spanish Football Federation , which is who depends on the Women’s Soccer League “.

The approval of this protocol, however, has not cleared up one of the main unknowns: who will finance diagnostic tests such as PCR? The Logroño Chini player is clear: “I think the Federation should take care of this because obviously some clubs can afford it more than others. In our case, we already have three controls.” On this subject, the main institutions once again pass the buck to each other. The RFEF indicates that this is the responsibility of the CSD and the latter says that the final decision depends on the Ministry of Health. “We have committed to having a fund for diagnostic tests in non-professional sports modalities. Now the debate is within the Ministry of Health, which must determine what tests should be done, when and in what circumstances,” they explain .

From a distance, soccer player Verónica Boquete observes this unthinkable chaos in the American women’s league she plays for, the National Women’s Soccer League. Indeed, her league has been the first to return to the United States and with a health protocol agreed upon with the Government. Likewise, the women’s leagues in other European countries have already started. Norway, Sweden and Switzerland did it at the end of August, and other major leagues such as the German and the Dutch did so at the beginning of September.

“We have tests through the league, which is the one that has arranged an insurance that covers expenses,” explains Boquete. More than anyone, she empathizes with the situation that her colleagues have. “I put myself in their place and it is very frustrating. I would like to return to Spain, of course, it is my country. But when you see that they have not competed for so many months, that last year they went on strike , it creates doubts, “she acknowledges.

The strike referred to by Boquete is the one led by Spanish footballers last year when they decided to stop playing for a weekend due to the lack of an agreement to regulate and improve their working conditions. This demand came true, yes, with many comings and goings. And not only that, but it was not published in the Official State Gazette (BOE) until August 15, more than six months after it was signed.

For Boquete, “it is an example of how you don’t have to make an agreement.” Still, she is positive that this is finally a reality in Spanish women’s football. Chini stresses that “their struggle” has made it possible for them to be recognized basic rights such as a minimum salary of 16,000 euros gross per year full-time and 12,000 part-time.

Another fundamental aspect that regulates this agreement is that of maternity, a right that was previously totally unprotected. “No one guaranteed that you could play again if you got pregnant. With the arrival of the agreement you can now consider being a mother and not be afraid of losing your job,” says Chini, who also points out that this agreement has allowed them to establish another achievement such as that of having the right to collect unemployment.

María José López, co-director of the legal advice of the Association of Spanish Jurists, recalls that without this agreement, during the state of alarm, many of the players would have received a very low economic amount for the ERTES. “Although it was published in the BOE last August, the agreement was already in force. Thanks to the agreement they have been able to collect reasonable amounts. Therefore, it is not the same as I tell a player to collect. 100 euros than 600. The agreement was a historic event. ”

What remains to be achieved

Both Boquete and Chini celebrate the growth that their profession has had in recent years. “COVID has slowed us down, but women’s football is going to move forward. Faster or slower,” indicates Boquete. And Chini expresses himself along similar lines: “We have shown that we can fill stadiums. We only need to support it. They are not losses, it is an investment.”

Something that they still see very far is equal pay, a right that has already been implemented in competition in other countries. The last to join was Brazil: the Brazilian Football Confederation announced at the beginning of August that it will pay the same to women and men who play in its different teams.