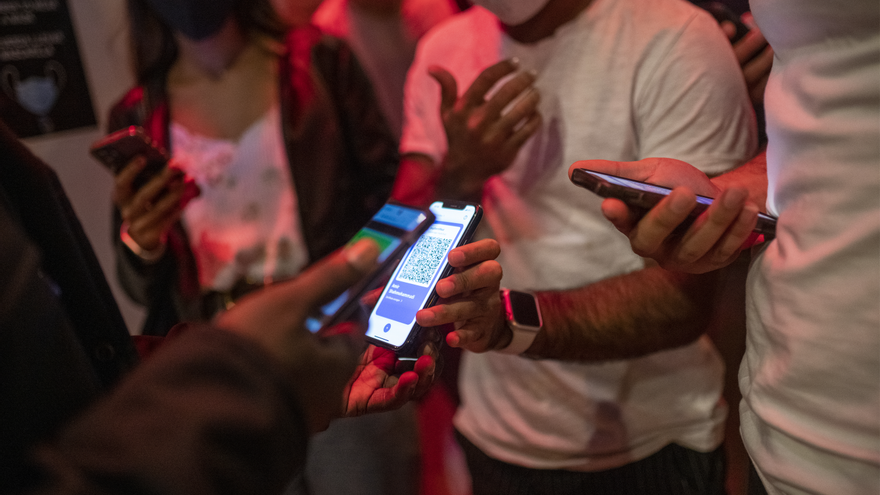 Since the last peak of coronavirus infections, registered on July 27, the incidence curve in Spain drew a sharp downward slope. Epidemiologists witnessed the progressive decline with the certainty that the variable would hit the ground at some point. They already knew that goal zero was impossible, but it was unknown where that minimum would be. The data of the last weeks are shedding light on this unknown. The accumulated incidence has not managed to drop below 40 cases per 100,000 inhabitants. The figure is very good with respect to neighboring countries, but it does not reach the symbolic “new normal” set by the Ministry of Health at a rate of 25 and has already registered small increases.

Several epidemiologists consulted predict, with all the caution required by a virus whose behavior is not yet clear, that further reducing the incidence will be difficult. “These levels are difficult to reduce,” says Adrián Aguinagalde, director of the Public Health Observatory of Cantabria. The epidemiologist Fernando López Artalejo points out, along the same lines, that “a rate of 50 with the vaccination coverage that we have is perfectly acceptable.” They all downplay small spikes. “Right now we can rest assured: the incidence is low and has been stabilized for some time in figures that put us at low risk,” adds José Martínez Olmos, professor at the Andalusian School of Public Health in Granada.

Experts agree that winter will serve “to measure the infection”, in the words of Aguinagalde. In short, to find out what we can expect from COVID-19 in cold seasons, when the virus is more easily transmitted, as confirmed by a recent study by the Barcelona Global Health Institute. “This shows us that the pandemic is not fully controlled. What we do not know is how much it will rise in winter,” adds López Artalejo.

Uncertainty, therefore, not only surrounds the minimum incidence but also the maximum: it is not known for sure how much the contagions will escalate, although a wave of the proportions of the one experienced in the last summer is ruled out. To that must be added the rest of the seasonal respiratory infections that are now beginning to show their face. Bronchiolitis, for example, Has advanced in Euskadi and already registers more incidence than in previous years. It has also happened in Castilla y León. Usually, flu season is expected to be more aggressive.

All this falls within the relatively expected. What does not fit in the forecasts is an “intense” increase in the cumulative incidence of coronavirus cases or a severe growth in hospital admissions and deaths, against which the vaccine protects. “If that happens, then we should be concerned,” says Martínez Olmos, who calls for continuing to be strict with prevention measures (hand washing, distance and mask) since all restrictions have fallen. The perception that the pandemic has passed can lead to the relaxation of preventive behaviors. “Evolution will depend to a large extent on how capable we are of protecting ourselves,” adds López Artalejo.

The cumulative incidence began to decline in early August. The maximum rate of descent was reached in mid-September, when cases were halved every two weeks. Once a low number of infections was reached, less than 100 cases per 100,000 inhabitants in 14 days, the decline slowed. Until the curve began to register slight rallies. During the last week the incidence has stopped falling and is already growing by 20% every two weeks. Although it is important to emphasize that the number of cases is much lower than months ago, so a variation of these characteristics no longer implies such a high increase in infections.

The situation in Spain cannot be separated from what is happening around it in a global pandemic. There are dozens of countries in the world with very low vaccination coverage –51 low-income countries do not even have 10% of their population immunized– and Eastern Europe is seeing an increase in cases which has led to high numbers of deaths and hospital pressure. In the United Kingdom, where there are no restrictions since summer, the incidence is also uncontrolled.

“We depend on how it evolves worldwide. More contagious mutations with a greater capacity to harm can be generated in places with few vaccinated, but that is not easy to predict”, assumes Martínez Olmos, who places the vaccination of the four million people who have not been immunized despite the fact that by calendar it was their turn.

There are different opinions about the effect it will have on the transmission, if it is finally authorized, vaccination of children under 12 years of age, the only virgin immunization age group. Fernando López Artalejo or José Martínez Olmos do not doubt that it will be decisive, while Adrián Aguinagalde is not so clear. “We do not expect to try to redirect the incidence with this, but something can contribute,” explains the head of Public Health of Cantabria.

Meanwhile, the autonomous communities await the revision of the COVID-19 traffic light, a tool that measures risk levels and proposes measures associated with each of them. The updating of this roadmap with recommendations – in no case binding measures – has been finalized for weeks at the Ministry of Health to incorporate meters according to a population that is mostly vaccinated, but it has not yet been approved. Risk levels (new normal, low, medium, high or extreme) are therefore still being measured with the same thermometer as when the vaccine had not arrived.