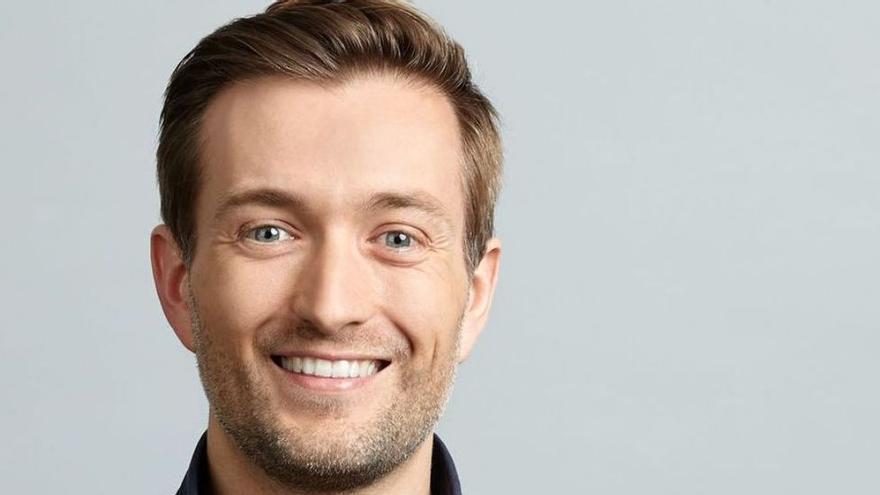 Tomas Pueyo Brochard was born in Nantes (France) in 1982, grew up in Madrid and lives in the United States. Married to Patricia de Llano Colado, from Oviedo, this father-of-four engineer anticipated what was coming to the world when the first cases of covid were still being recorded in China. His article "The hammer and the dance" marked the way to combat the pandemic: a first moment (hammer) of lockdown to curb transmissibility, and a second (dance), adjusting measures to the incidence of the disease, in order to control its evolution. Two years later, she reflects on what the covid.

–Go back to mid-February 2020. What were you doing then? At that time the covid was limited to a strange ailment in China that made the authorities of the country act in a surprising way. What made you suspicious?

–There was a nervous calm in San Francisco, California, where I lived at the time. The news from wuhan (China) that appeared on the news did so in a minor and anecdotal way. Western countries treated the coronavirus as the bird flu of the beginning of this century: something that happened far away, and that probably did not affect us. But look how fast the Chinese build hospitals!

Did that raise any doubts?

Yes, he put the fly behind my ear. The Chinese are good at building fast, but building a hospital in ten days seemed like an emergency incompatible with what seemed like a mild virus. But the key moment was when the virus began to appear in Iran, South Koreaand then Italy. One thing is a local virus, which a single country may or may not control. Quite another is an intercontinental virus. It was enough for a country not to control it for us to have a pandemic.

And then he started to worry.

I started looking at the numbers. Quietly at first, but the more I learned about it, the more livid I became. the virus was quite lethal and he was running away. If you project that into the future, it was easy to see that if nothing was done, tens of millions of people would die. So I started analyzing data and sharing it with friends on social networks. The more I shared, the more people asked my opinion, and the more I studied the topic. It became my third job, after my jobs as a technology executive and as a father of three children.

–What do you think was your greatest success in that prospective analysis?

–Adjust the forecast of what is going to happen based on data, without preconceived ideas. When you see that each infected person in turn infects 2.7 people and that more or less 1% of those infected die, you know that it is going to be a pandemic. When most countries prove unable to intelligently stop the virus, you know they are going to have to lock down. When you are told that respiratory viruses are not transmitted by aerosols, but you see cases like those in a restaurant, a bus, or an office, in which aerosols are the most logical explanation, you understand that it is probably transmitted by aerosols. When they tell you that it is not known if the masks work, but all the countries that have controlled the virus use them, intuitively they work, mechanical tests prove that they work, and they cost almost nothing, you know that you have to use them. When a new variant comes along and people tell you that “viruses tend to reduce their lethality over time”, but you know that in the 1918 flu this was not the case initially, and that many viruses initially strengthen, you know that the arrival of the variants is probably bad news. Covid has been unique because it was new to the entire world; no one was an expert, but the data was available to everyone.

–And what prediction do you think failed?

–Not so much in predictions as in conjectures. when i proposed "The Hammer and the Dance", the idea was that the initial hammer would be enough time for countries to learn to “dance” quickly. For me it was not difficult: there were countries like South Korea or Taiwan that had done very well and published all the details of how they had achieved it. It was enough to read it and reproduce it in our countries. But since the hammer worked for them, they did not take the dance with enough urgency, and in the end there were many more confinements than necessary. Nor did I expect that governments, after enthusiastically adopting lockdowns, would consider much more reasonable alternatives, such as confinement only for those infected and their contacts. One of the key assumptions was that the hammer would work to quell the first wave, giving it time to learn to live with the virus. But in many emerging economies, the hammer failed to quell the first wave. Generally, this happened in countries that had very dense and poor urban areas, where people had to go outside to eat and work, and they took the virus back home.

-There are many factors that have changed the situation in recent months. Almost 90 percent of the population is vaccinated in Spain, and the vaccine still reduces the majority of the risk of death, about 90%. Most of those who are not vaccinated are children, who are barely affected by covid. Besides, the omicron variant it kills much less: up to 90 percent less than delta. This variant is unstoppable, due to its high transmissibility and immune escape. After omicron, immunity will be even higher: combining 90 percent of those vaccinated with all infections, more than 95 percent of the population will have immunity. Add to this that the Paxlovid treatment arrives, which reduces deaths from covid by between 90 percent and 100 percent. Separately, each of these factors are important. Together, they are an unstoppable wave: the pandemic will end with the end of the omicron wave.

–And the possibility of a new variant emerging?

– Do you think the response has been fast enough?

I thought it would be more. On the one hand, the pandemic could have been stopped in seven weeks, as South Korea or Taiwan did. On the other hand, I always thought that a solution would come in a matter of months, not years, as I predicted in my article: there were many uncertainties, but to think that not a single pharmaceutical company would be able to find a vaccine or treatment in years, with the amount of money at stake seemed unlikely to me.

-In these two years, what lessons have you learned from everything that has happened?

–The main one, that the public decision-making systems we have do not work. Politics moves at a snail's pace and information moves at the speed of light. My article arrived before most governments made any decisions, which showed that a person could do an analysis faster than a government. We have seen debates, such as the one on masks, in which governments had no initiative. There was accessible information to resolve the pandemic quickly but they did not know how to react with such speed.

-We thought that the covid would change the world in some way, but we return to war scenarios in Europe.