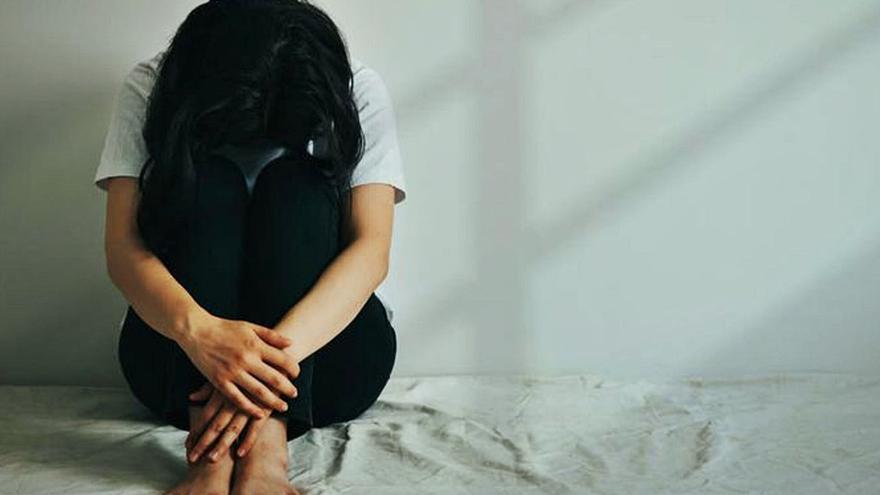 The Covid-19 pandemic is causing serious repercussions on the mental health of the Canarian population due to the social and economic impact that goes hand in hand. And there are many people who have had to close their businesses for not having been able to resist the period of confinement or who have been subjected to an Employment Regulation File (ERE) or a temporary suspension of their work activity (ERTE) . All of this has triggered an increase in depression and anxiety disorders.

“Most of our new patients suffer from symptoms of anxiety and depression due to not being able to make ends meet. Economic uncertainty is one of the most classic stressors and, mainly, we are observing an increase in these problems in the self-employed and in nightlife ”, explains Dr. Adrián Neyra, specialist in the Psychiatry Service of the Hospital Universitario de Gran Canaria Doctor Negrín .

In this sense, the doctor recalls that, with the arrival of the first wave of the virus, the World Health Organization (WHO) and several associations warned of the possible development of depressive disorders as a result of isolation due to fear of getting sick. However, most of the cases currently seen in psychiatric clinics are related to financial conflicts.

“We appreciate the fear of going out more frequently in the early phases of the de-escalation, but, as time has passed, people have been much more resilient than we really expected. Now, the focus of the problems is on the economy, ”says the psychiatrist at the Gran Canaria hospital.

The truth is that the context worries professionals, since the care of patients who suffer financial problems is very complicated on certain occasions. “The stress of not being able to make ends meet is a problem that persists and for us it is also difficult to deal with these cases. Some people require drugs because their feeling of discomfort is very intense, but these should always be prescribed for a specified period of time. For this reason, it is necessary to accompany the therapy with psychological support ”, warns the expert. “We are very concerned because it is now that we are seeing the consequences of what happened a few months ago,” he continues, “so we believe that over time, conflicts may increase.”

Likewise, the recommendation to reduce social contacts – by health authorities – to stop the spread of the pathogen, is also one of the factors involved in the manifestation of this class of disorders. “This increases feelings of loneliness, which leads to a sad state of mind. When some type of catastrophe arises, it is necessary to maintain some social support so that people do not develop symptoms of anxiety and depression. However, in the context of the pandemic, the opposite has been indicated ”, emphasizes the specialist.

In this sense, older people are the most affected profile. “The elderly are the most vulnerable because they tend to be the most isolated to avoid the risk of contagion. Without a doubt, this fact increases the chances of suffering from mental health problems ”, adds Dr. Neyra.

Although it is true, there has also been evidence of young people who show a clear rejection of socialization for fear of contracting the SARS-CoV-2 infection. “These episodes have occurred in subjects of almost all ages, but they are no longer so frequent. The important thing is that people lose their fear of contact, but that they respect security measures at all times ”, determines the psychiatrist.

It should be noted that the so-called new normal imposed by a disease that already totals 18,770 infections in the Archipelago has become a challenge for physicians, who have had to prioritize telephone consultations to avoid the displacement of patients to hospitals and guarantee safety.

“This way of caring for patients has been a big change for us. It is something we are not used to and, in some way, it causes us to lose non-verbal contact with them, which makes our task difficult ”, acknowledges the psychiatrist at the reference hospital in the northern area of ​​the Island.

Following this line, it highlights that there are many people who request to attend consultations to be able to present their problems in a more intimate and close environment. However, this application requires an assessment by the experts. “In patients over 65 years of age, unless the situation is very serious, all consultations are made by telephone. With the youngest, on the other hand, we can study the case and admit the displacement with all the security measures ”, the doctor says. The period of confinement caused a radical change in the customs of the population that, overnight , she was forced to stay in the same space 24 hours a day and put aside her routines, to be able to stop the contagion of Covid-19. It was then that many people began to increase the consumption of alcohol and tranquilizers to calm their anxiety. This is stated by Dr. Adrián Neyra, a specialist in the Psychiatry Service of the Hospital Universitario de Gran Canaria Doctor Negrín. “We have seen an increase in the consumption of these substances. The problem is that many people began to acquire these customs in confinement and later discovered that they could not give up the habit that easily, “he says. A fact that has resulted in an increase in patients affected by addictions. To this must be added that the global pandemic of Covid-19 has generated a significant social and economic impact that has also been reflected in mental health. To avoid the development of serious diseases, it is important to identify the warning signs that can warn of the beginning of an anxious or depressive process. “Insomnia, restlessness or changes in biological rhythms are some of the symptoms that can indicate that an individual is beginning to develop these disorders. As in all diseases, early approach is essential ”, highlights the physician. |