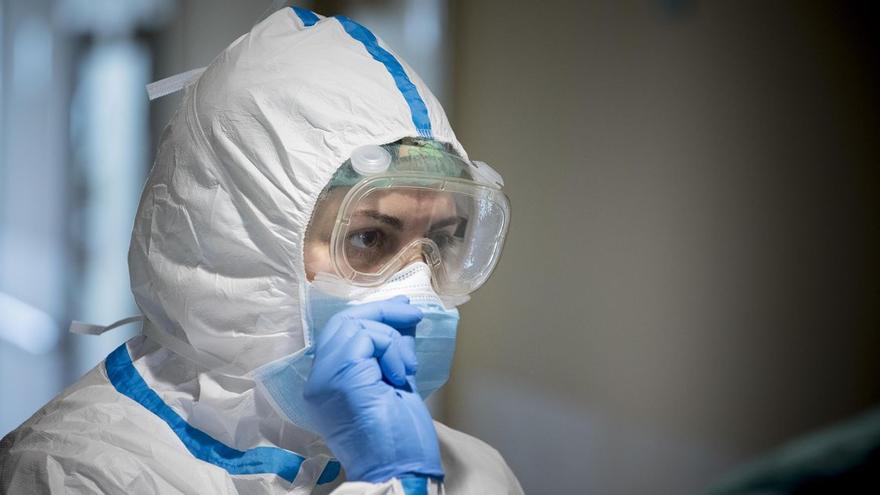 The pandemic in Tenerife is free. While the rest of the Archipelagos registers every day numbers of infections that barely exceed fifty cases as a whole, Tenerife has been registering an average of 91 daily cases daily for more than a week. Yesterday it continued with this trend that increasingly separates it from the rest of the Canary Islands. Tenerife again exceeded the hundred daily cases diagnosed, and reached 105 cases –62% of the total– and the highest number in 47 days.

The reasons why this island is being more affected by the advance of the virus so far are unknown. In fact, they are currently being investigated by the Directorate of Public Health, that he will present a report to the Governing Council held today on the possible circumstances that are motivating this increase in cases.

It is not the first time that this has happened in the course of the pandemic. Tenerife has been seen up to three times evolving at a different rate than the rest of the Archipelago. The first occurred during the landing of the virus in the Canary Islands in February 2020, which was later known as the first wave. In this first encounter with the virus, which just a month ago had left the Chinese region of Wuhan, Tenerife was the most affected island of the eight. This is confirmed by the hospitalization data, because at that time the tracking of Covid-19 cases was very precarious. Almost 90% of the patients who were admitted between the end of March and the beginning of April 2020 for coronavirus in the Canary Islands did so in Tenerife, which means more than 400 hospitalized at the same time. The rest of the islands mitigated the impact of the pandemic thanks to a national confinement that, for them, came well in advance.

In June, with the arrival of summer and the end of the confinement, the measures were relaxed. But it was not until September when Tenerife grew again in contagion. The island was practically oblivious to the outbreaks that hit the eastern province during August, but once it started to grow, there was no one who could stop it. At the beginning of September, the growth in cases was insignificant compared to what the neighboring island had experienced and therefore it was in the background. However, in the last fortnight of that same month, the situation began to worsen. It did so so slowly that it was not until late November and early December that sufficient measures were taken to control the epidemic. Tenerife already had almost 1,000 cases a week after the December bridge. For this reason, the measures taken afterwards could not stop the virus before it entered several nursing homes or prevent 290 people from being hospitalized at the same time.

The predicted fourth wave – which would be the third for Tenerife – did not have the expected impact. After the virtual carnivals and Holy Week (at the beginning of April), the infections began to grow again on the island after going through the Christmas period with outstanding. It should be noted that it became the only region in Spain – along with La Gomera – that mitigated the impact of Christmas. At the beginning of March Tenerife accumulated about 450 weekly cases. A figure that just two weeks later grew to exceed 700. However, quick action managed to make the virus retreat again. Throughout May, the island has been adding an average of 480 weekly cases with a continuous downward trend. But since the beginning of June, the situation has taken another turn, with the island adding more than 600 weekly cases. The main focus is in the capital, Santa Cruz de Tenerife, which accumulates between 60 and 70% of daily cases on the island. In this line, the municipality also has 60% of the cases on the island, and almost 40% of the entire Canary Islands. On average, the municipality is registering 50 or more daily cases during the last days and its cumulative incidence at seven days seen of 200 cases per 100,000 inhabitants.

The first case of coronavirus is diagnosed on the island. The means of tracing are precarious and many cases are not reported. The first wave begins in Tenerife, which will be the most affected island.

The healthcare pressure in Tenerife reaches its maximum. Only in the University Hospital Nuestra Señora de La Candelaria there are 160 people admitted. At the Hospital Universitario de Canarias, 121.

Spain is experiencing its last day of confinement, after 98 days in prison. Tenerife has diagnosed 1,502 cases so far, although many escaped the controls. The island has 39 active cases and only 5 people hospitalized.

Tenerife exceeds, for the first time, 1,000 active cases and adds 44 hospital admissions. After the great outbreak that occurred in Gran Canaria, Tenerife grows, but at a much slower rate that leaves its situation in the background. The island begins its slow ascent that will last three months.

The Ministry of Health notifies an outbreak in the home for the elderly Hogar Santa Rita II, which will be the main focus that will trigger cases in Tenerife before Christmas. It will also be the engine by which stronger decisions are made.

After passing Christmas with a good note and starting to lower its hospitalizations due to the massive vaccination against Covid-19, Tenerife begins a new upturn in cases of which the outcome is still unknown.