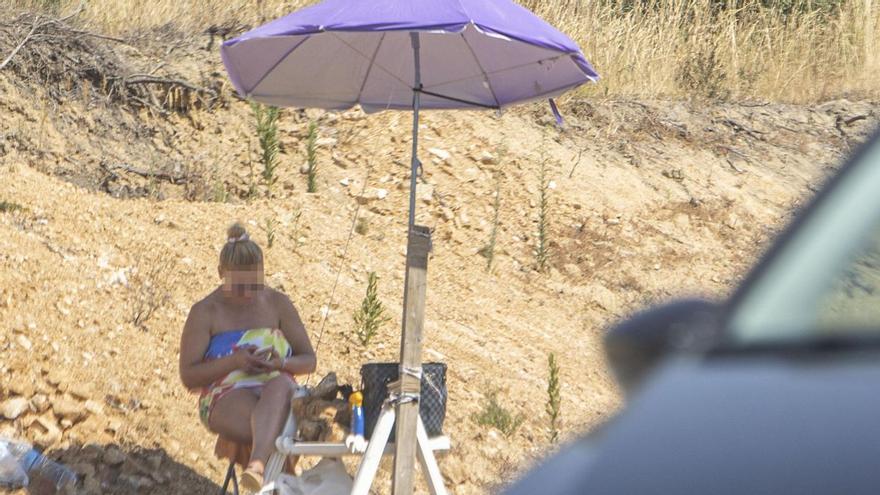 With the social restrictions decreed to reduce the spread of the virus, especially during the most intense phases such as home confinement, prostituted women – in many cases also trafficked victims – have had to leave public places: neon lights of the clubs The blinds of the massage centers they went down and roadsides beach umbrellas and plastic chairs were emptied. “During these periods, the victims have been transferred to clandestine flats, especially since the second wave,” explains the inspector. These places have left them more exposed to abuse, they have increased their vulnerability. “It has been a very problem. important because it has made human trafficking more invisible ”, Salleras emphasizes.

To this drift towards a darker corner of society, the mosso adds two other perverse consequences connected with the covid-19: “on the one hand, working less has implied that lengthen the time of captivity because they will take longer to pay the so-called ‘tolls’ – many organizations retain the victims on the pretext that they must pay what it cost to bring them from their country of origin. “And, on the other hand, some have been subjected to even more degrading days “upon restarting the activity” given that during the stoppage “they have not generated benefits for their captors”.

Natalia Massé, responsible for the program TEH of the APIP-ACAM Foundation, coincides with the diagnosis of Salleras. “The pandemic has not stopped exploitation, it has simply hidden it a little more,” he reiterates. The NGO of Massé has verified this reality because, while the home confinement lasted –the months of March, April and May 2020–, they had to contact these women that they previously found on the roads or in clubs looking for them through advertisements. from Internet. Thus they managed to speak with 310. Currently, several of them have returned to the platforms.

The Penal Code regulates the crime of human trafficking in article 117 bis and specifies that it must be proven that there has been a recruitment in the country of origin – through violence, coercion or taking advantage of a situation of vulnerability – and transfer to Spain with the aim of exploiting the victim in labor, sexually , force her to commit crimes, sell her organs or subject her to a forced marriage. The last two cases are the most exceptional. And the most common is that of sexual slavery. However, trafficking to exploit labor – in beauty salons, badulaques, picking fruit, construction or selling cans – or commit crimes has increased. In both cases, in addition, the proportion of trafficked men has also grown.

The Interior Ministry has signed an agreement with the APIP-ACAM Foundation which, in Massé’s words, “will make visible the usual collaboration between these NGOs and police forces such as the Mossos – as ordered by the European directive – and will help the citizen to understand that trafficking can occur anywhere, in any Catalan population. It will be a way to set procedures and improve coordination between the police, administrations and the NGO ”. “The pandemic has generated situations of more violence. As administrations we feel challenged and, to face this challenge, the police task must be linked to direct collaboration with social entities and the third sector “, defends the Minister for the Interior. Joan Ignasi Elena.

The agreement will also try to solve a historical problem that is also reported by other organizations such as Sicar, what to do with trafficked men. The fact that there have always been more women with whom they have traded has led to the existence of associations that shelter and accompany them, but in July 2021 there is still no one that is also prepared to serve men, such as those released by the Mossos in the recent Long Case of a wild captivity in marijuana plantations. An anomaly that Cendon Rose, coordinator of the institutional relations area of Sicar, has denounced as Massé for years.

As a result of the latter, the Mossos also warn that the cannabis boom That Catalunya lives can make human trafficking more and more frequent for the purpose of committing crimes in marijuana plantations. In 2019, Salleras emphasizes, the Catalan police rescued a person forced to work in a nursery. In 2020, there were already three. In 2021, only in the aforementioned Long operation, there have been ten Chinese citizens who lived in such a grotesque degree of isolation that they did not even know, when they were released, why the rest of the people around them wore a mask.

Massé explains that, from his experience, most of the released victims wish to remain in Spain. “They always flee from a situation of vulnerability that does not disappear when rescued, the need to seek a better future is still there,” he reflects. Before they could only stay if they denounced their captors, now this step is no longer necessary because the European directive obliges the States to provide these victims – “whom we should treat as survivors”, Massé remarks – a shelter and psychological support and legal. Even if administrations such as the Generalitat fulfilled all these obligations by providing resources to NGOs – which do not fulfill them – it would still be difficult to fully integrate them. To achieve this, a good part of society would have to be involved, so that they would be given a job, for example. Without that help they have it “very difficult.” Because they run into abysmal language or cultural barriers –such as those that separate Spain from China– and, above all, because they just got out of hell. “Trafficking is the most inhumane crime, which consists of turning people into objects with which to trade,” Salleras concludes.