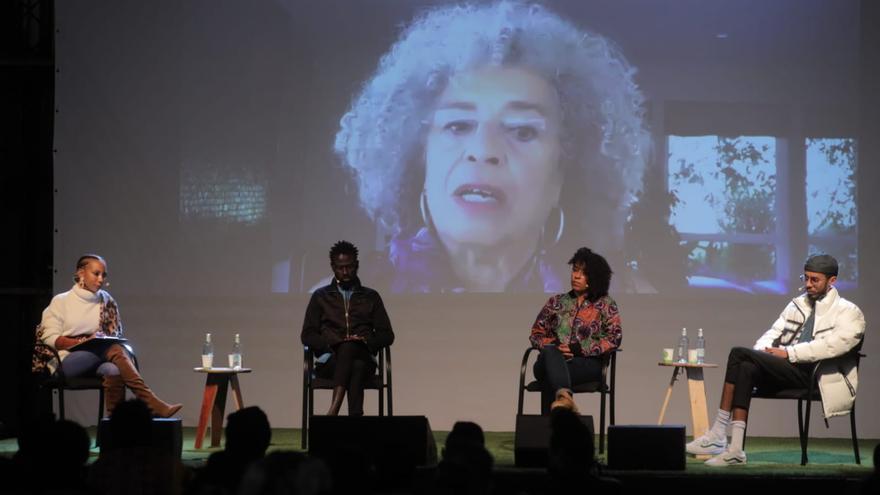 To be successful, the fight against racism must be mainstream, leave the margins and break into the center of the political debate. And not only that: it must be constructive and come accompanied by an alternative proposal. “The focus cannot be exclusively on what we oppose, but rather we must pay attention to what we want,” said the renowned activist and academic Angela Davis, who offered this Monday at the CCCB her point of view on the state of the anti-racist struggle in the US and the rest of the world as well as the impact that the pandemic has had on this claim.

A few months after the irruption of the movement Black Lives Matter In the US after the death of various black citizens at the hands of the police, Davis has analyzed by videoconference the keys to the emergence of this movement in his country and the echoes it has had in global society. As always, with a marked anti-capitalist, feminist vision and its usual link between the productive model of our society with most of our problems.

“We could never have predicted that the measures aimed at reducing the curve of the pandemic would end up creating the conditions to see what we are experiencing,” said the activist. “People are increasingly aware that the devastating impact of Covid-19 disproportionately affects the black population, indigenous people, and Latino communities because most of them have essential jobs: health, cleaning, food distributions … . ”

According to the writer and emeritus professor at the University of Santa Cruz in California, the irruption of the movement Black Lives Matter and the parallel demonstrations in the rest of the globe are directly related to both the pandemic and the capitalist vision of tackling it. “The largest anti-racist demonstrations in the history of the United States and the world have occurred when leaving home and going to large gatherings was more dangerous,” he said. “In part it has been because the population has become aware that slavery, racism and capitalism have generated the environment in which we are today.”

In a debate together with four Spanish Afro-descendant activists – sold out tickets, more than 400 people following him on streaming – he analyzed the resistance encountered by the Black Lives Matter in his country and how it has managed to stop being a residual claim and go on to be debated in an electoral debate between Joe Biden and Donald Trump, the two candidates to preside over the United States.

“Any struggle for change is always met with resistance from people who are afraid or who depend on inequalities from a material point of view,” he insisted. “The danger is that they give you four crumbs so that finally one genuflects before the status quo and finally does not change anything,” he added. “You have to get hold of the mainstream, the transformation of any area will not work if there is no global transformation,” he continued. “Otherwise, what begins as a transformative impulse ends up reinforcing and strengthening the oppressive forces.”

According to Davis, racism is a problem that cannot be solved in isolation and he has defended the demand to withdraw funds from the state security forces and bodies. “We must assume the idea that we must change the structure of society,” he defended. “Taking funds from the police has to do with financing new institutions.” According to the academic, the money that is destined to the police forces in the United States should be destined to educational programs, to improve housing policies for disadvantaged people … In general, to offer social services to people who have historically been marginalized and repressed. “Why should the police address the mental health problems of the population?” He asked. “They are not prepared to do it and there are professionals who do know how to address these issues.”

The activist has also spoken about migratory phenomena and pointed out that racism towards migrants is the “most prominent problem” of the 21st century. “It reminds us that the original cause of the problems we are experiencing today are colonialism, slavery and the emergence of capitalism,” he pointed out, before recalling that when he lived in Frankfurt in the 1960s he could see how Spanish migrants who were they went to Germany to work. “How sad that we do not remember our own history,” he added.

Davis has admitted to being “very nervous” before the presidential elections in the US, scheduled for November 3. “If we want to fight against racism, xenophobia, repressive treatment of migrants and climate change, the first thing to do is to expel that man who occupies the White House,” he said of the current President Donald Trump. “I am hopeful but I am nervous at the expressions of fascism that are being seen.”

Davis has recognized, however, that a hypothetical victory for Democratic candidate Joe Biden will not change the world either. “We simply want to pave the way for our activism to flourish and we can continue to fight racial capitalism, hetero-patriarchy, transphobia and climate change denial.”