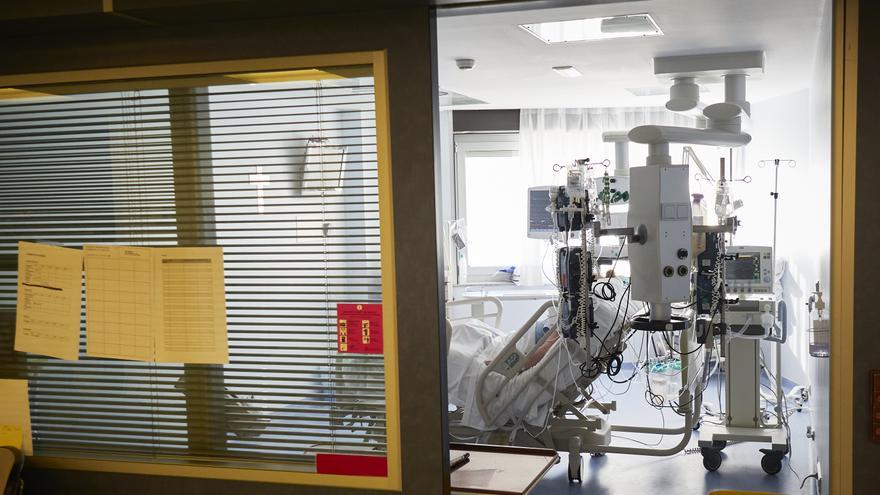 Spain has ended 2020 at the head of the fall in life expectancy among the countries of the European Union due to the coronavirus health crisis. Specifically, a reduction of 1.6 years to 82.4, still one of the highest in the world ranking. This is confirmed by the monitoring report on compliance with the United Nations Sustainable Development Goals in the EU prepared by Eurostat, the European statistical office. The study reflects that the high excess mortality in 2020 has reduced life expectancy in the EU, in particular in the population over 60 years of age, as well as among people from socially disadvantaged groups.

The report estimates that “between March and December 2020 there were almost 600,000 more deaths in the EU compared to the same period between 2016 and 2019.” As a consequence, “the COVID-19 pandemic has caused a reduction in life expectancy in 2020 in most Member States, however, with considerable geographical differences.”

The largest reductions in life expectancy compared to 2019 “were observed in Spain (-1.6 years), Romania and Bulgaria (-1.4 years),” according to the report, while the influence of the pandemic in life expectancy it is less evident in other Member States. As a result, “life expectancy at birth in the EU, based on provisional estimates based on available data from Member States for 2020, is estimated to have decreased by 0.9 years, from 81.3 years in 2019 to 80, 4 years in 2020 “.

More fall in men than in women

“Men seem to have been affected a little more (- 1.0 years) than women (- 0.8 years)”, states the Eurostat study: “Although the fall from 2019 to 2020 means a reduction of 1.1 % in life expectancy at birth, the expected remaining years of life for those who are 65 years old were reduced by 4%. Older men were particularly affected, with a 5.5% drop in their remaining life expectancy to age 65 “.

As explained by the European Commission’s Finance Commissioner, Paolo Gentiloni, the report uniquely analyzes the impact of COVID-19 on progress towards the 2030 Agenda Goals. “For example, the number of young people aged 15-29 who do not are employed neither in education and training increased from 12.6% in 2019 to 13.7% in 2020. On the positive side, short-time work plans [como los ERTE en España], in many cases supported by the European Commission’s SURE program, have helped cushion the impact of COVID-19 on the labor market, with unemployment rising by just 0.4 percentage points in 2020 compared to 2019. ”

In any case, the report shows progress in reducing poverty and social exclusion for the period from 2015 to 2019. In these years, the EU reduced the number of people at risk of poverty or social exclusion by 12.7 millions. “We were in a better position to deal with the COVID-19 crisis,” says Gentiloni: “Overall, the COVID-19 pandemic has made progress on development goals even more difficult, but I am convinced that the unprecedented measures we are taking, in particular through NextGenerationEU [fondos europeos]They will put us back on track for two or three years, many of the indicators will show significant progress. ”

Other aspects: a job does not save you from poverty

In this sense, the study shows that “having a job is not a guarantee against poverty, because poverty can also affect employed persons”. Thus, according to the research, “the proportion of people who cannot escape the risk of poverty despite being employed, the so-called working poor, increased almost continuously between 2010 and 2016, before falling again.”

According to the report, in 2019, the poverty rate of the employed was 9%, a decrease of 0.6 percentage points since 2014. However, the rates varied considerably in the EU in 2019, with the lowest rate recorded in Finland (2.9%) and the highest in Romania (15.7%) and Spain (12.7%). “The probability that a person will become a poor worker varies according to their type of work and educational level,” says the study: “Low-skilled workers and people who work part-time or on temporary contracts are generally the most affected.” .

In the case of Spain, the report also highlights the commitment to climate change of its municipalities through the Covenant of Mayors for Climate and Energy, signed in 2008. “In 2020, the signatories of the Covenant of Mayors (CoM ) represented 190.4 million people in the EU, 42.6% of the EU population. The population covered by CoM signatories has grown steadily since 2010. In ten EU Member States, the CoM signatories represented more than half of the population in 2020. The highest proportion was found in Belgium, with 94.4% of the population, followed by Italy with 72.9% and Spain with a proportion of 70, 4%”.

Furthermore, the study points to “considerable” progress in the deployment of very high capacity fixed network connections throughout the EU. “Capacity Network Connectivity (VHCN), which refers to fiber connections or other networks that offer similar bandwidth, has improved considerably since 2013. While only 15.6% of households in the The EU enjoyed such connectivity in 2013, this proportion has increased considerably, reaching 59.3% in 2020 “.

If it continues at this rate, “the EU will reach 100% coverage long before 2030.” That’s because VHCN connectivity has also improved in rural areas. “Between 2013 and 2020, the proportion of rural households with a fixed VCHN connection increased from 3.6% to 27.8% across the EU. In terms of Member States, Malta had already achieved 100% connectivity with fixed VHCN in 2020, followed by Luxembourg, Denmark and Spain, with more than 90% of households each. By contrast, fixed VHCN connections were less widespread in Greece and Cyprus, with only 10.2% and 26.2% of households enjoying said connectivity, respectively “.