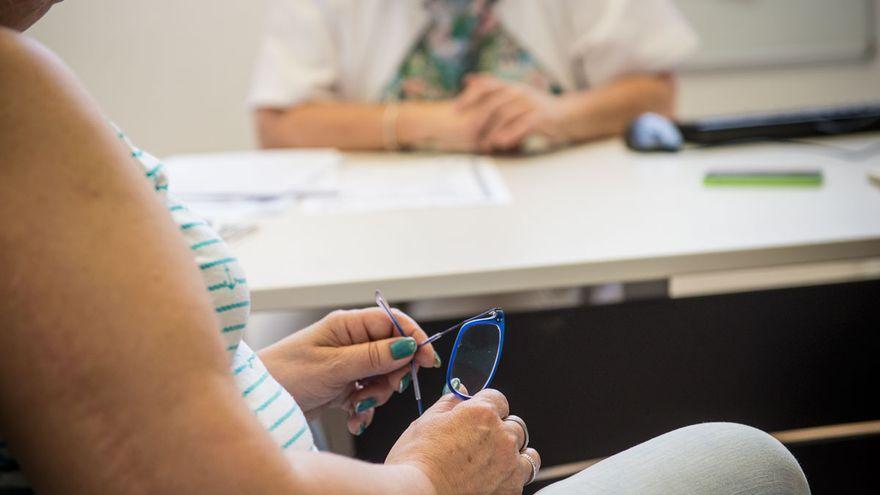 As the coronavirus devoured hundreds of thousands of lives a day, another silent pandemic, that of mental health, was advancing mercilessly. The scientific journal The Lancet Has published the first study to quantify the impact of COVID-19 on the prevalence of depression and anxiety in the world population. The conclusions are devastating: it is estimated that the epidemic context increased the cases of these disorders by 129 million in 2020, a growth of 25%.

The coronavirus has aggravated a base situation that was already worrying, especially due to the lack of resources to treat mental illness. The investigation, under the title Global prevalence and burden of depressive and anxiety disorders in 204 countries and territories in 2020 due to the COVID-19 pandemic and Based on data from last year, it indicates that there were 53.2 million more cases of severe depression –which represents an increase of 27.6% – and 76.2 million of anxiety –25% more–, and points out women and young people as the main victims. Two-thirds of the increases, in the two disorders, affect women: 35.5 million additional cases of depression (compared to 17.7 in men) and 51.8 of anxiety (24.4 in men).

“Before the pandemic, resources for mental health were underfunded and disorganized despite evidence that effective prevention and intervention tools work,” say the researchers, stressing that COVID-19 has also made it more difficult to acquire medication and face-to-face care. The results are based on a review of studies published throughout 2020 on the prevalence of these diseases. With this information, the changes based on sex, age and geographic location were estimated.

The investigation makes a comparison with the cases that would have occurred if the pandemic had not existed and calculates the difference. The approximation suggests 193 million cases of severe depressive disorder (2,471 cases per 100,000 inhabitants) worldwide without a pandemic in 2020. Conditioned by it, the analysis reveals that there were up to 246 million cases (3,153 per 100,000 inhabitants), an increase of 28%. More than 35 million occurred in women.

Alize Ferrari, co-author of the study and leader of the mental illness research group of the Queensland Center for Mental Health Research, stresses that the pandemic “has exacerbated the inequalities that existed.” “Domestic care and responsibilities continue to fall on women and they also suffer gender violence, also increased in various stages of the pandemic,” he says.

Regarding the impact on the youngest, the researcher links the discomfort with the closure of schools and the restrictions that have limited the social interaction of adolescents with their peers. “This combined with the increased risk of unemployment,” he adds. The additional prevalence has been especially in young people between 20 and 24 years, according to the study.

Sonia Calvo is a psychologist at the Institute of Positive Psychology and confirms that she had never had such young patients in her practice. “We worked mostly with adults, but more and more families are very concerned about the mental health of their children,” he says in conversation with elDiario.es.

Children’s organizations insist on the impact that the pandemic has had on children and adolescents. The latest UNICEF annual report is focused on mental health and reveals that 58.3% of young people between 15 and 24 years old living in Spain say they feel “often” anxious, nervous and worried and 36% “sometimes “. More than one in seven adolescents aged 10 to 19 worldwide has a diagnosed problem of this type and during the pandemic the world’s child population has lived an average of six months of mandatory confinement, according to an analysis carried out by Save the Children .

The distribution throughout the world is not homogeneous either. The research concludes – with the limitations discussed below – that the worst figures for depressive and anxiety disorders occur in countries with the highest rates of infection and the most restrictions on population movement. The south and west of Latin America (Ecuador, Peru, Bolivia, Chile and Argentina); Central America and the southern United States; also Egypt or Iran in the east or the Republic of South Africa have seen the prevalence of these disorders grow by more than 36% among their population.

These geographical data must be taken with caution because, the study warns, the same studies are not available in all areas of the world. There is much more in developed countries and it is extrapolated through formulas. There are some other limitations: the calculations are based more on symptoms than on diagnoses, it does not differentiate between people who have had the disease or not, and the causes of the disorders are not distinguished either.

The scientists insist that this is an approach that “underscores an urgent need to strengthen health systems.” The extent of the spread of disorders in pandemic times is still “unknown”. At the time of the study – between January 2020 and January 2021 – the pandemic was still active. “We still have to wait to see the aftermath, it is as if we were opening the door to our house after an earthquake. We have to evaluate how the inside looks,” says Vanessa Fernández, doctor in Psychology at the Complutense University of Madrid, specializing in stress and anxiety intervention, which anticipates more diagnoses in the near future of post-traumatic stress disorder.

The World Health Organization urges all countries to invest in mental health. “It is worrying that, despite the evident and growing need for services related to mental health – even more so during the pandemic – good intentions are not found with investment”, remarked Tedros Adhanom Ghebreyesus. “There is no health without mental health,” he has settled.

Research estimates that the prevalence of anxiety and depressive disorders have grown in Spain between 28 and 32%. The underfunding of the public system in mental health care was already a pressing problem before the coronavirus that has now exploded. The European average was, prior to the pandemic, 18 mental health professionals per 100,000 inhabitants, while the Spanish averages stand at 2.19 clinical psychologists or 1.96 specialized nurses, according to data managed by the Spanish Neuropsychiatry Association ( AEN) and the Spanish Society of Psychiatry (SEP), which are from 2011.

The peaks of depression, according to the specialists consulted, can arrive with “delay”, when the infections are down, because the concern initially focused on the physical illness. The risk due to the lack of public resources is that it becomes chronic, the president of the Spanish Society of Psychiatry, Celso Arango, told Efe. “There is a lack of specialists and that makes people who cannot afford private psychology resort to the drug,” says Vanessa Fernández. According to the WHO, only 25% of countries have adequately integrated mental health into Primary Care services.

Amnesty International recalls that the Spanish Medicines Agency has reported the progressive increase in the use of benzodiazepines, sedatives and hypnotics by the Spanish population throughout 2020, reaching 91 daily doses per 1,000 inhabitants. “Before the pandemic, Spain already appeared as the country with the highest consumption of anxiolytics in a study carried out by the International Narcotics Control Board, which covers 85 countries,” says the organization.

“This can only be addressed with a budget and with resources. Mental health should be on the table as a priority on the political agenda,” says Nel González, president of the Spain Mental Health Confederation, a group of federations and associations that leads months warning of the worsening of mental health in the population. González regrets that the General Budget Law, at least what is known so far, “does not have a dedicated item for mental health.” “For now, he concludes, we are talking about voluntarism but not about facts.” The Congress of Deputies has taken the first step to pass the first mental health law, proposed by United We Can, and the Ministry of Health is finalizing a new strategy.