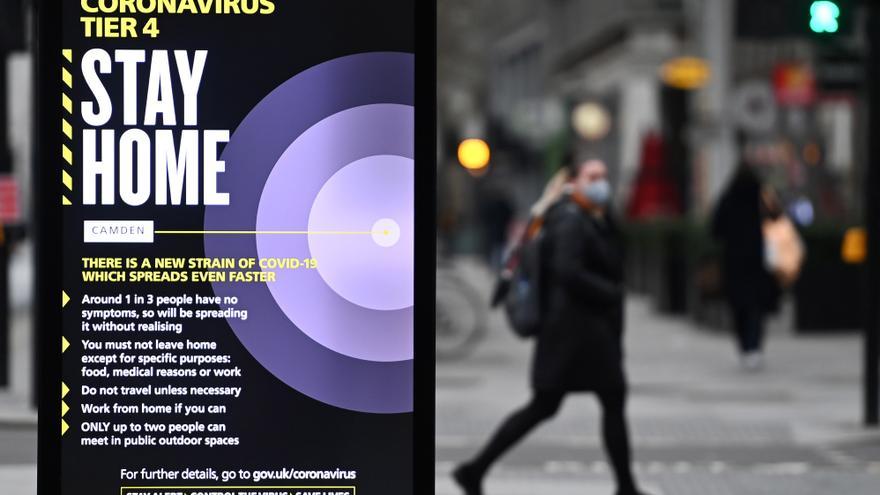 The World Health Organization (WHO) has reported 13,997 deaths this Friday in the last 24 hours, which is the highest daily figure of the entire coronavirus pandemic. The total number of people killed with COVID-19 since the health crisis began stands at 1.8 million.

COVID-19 cases are close to 82 million, 693,000 of them registered in the last day, an increase compared to previous days but which has not yet reached the record number of December 20, when 841,000 infections were reached in a just day.

The UK starts the year at highs

The United Kingdom reported 53,285 new cases of coronavirus registered in the last 24 hours this Friday. The figure is slightly lower than that released by the Ministry of Health on Thursday, when the daily record of infected since the beginning of the pandemic was reached, with 55,892 cases.

A day earlier, on Wednesday, the UK authorities had expanded the territory affected by the maximum restrictions to contain the expansion of the coronavirus, while pressure grows to confine the country given the rapid spread of the new strain and pressure on hospitals. Among the measures under way, secondary education centers, universities and many schools have delayed until January 18 the return to classes after the Christmas holidays.

In the last 24 hours, the health authorities have reported 613 deaths with coronavirus and 964 the previous day. In total, 2,542,065 people have been infected in the United Kingdom since the pandemic began and 74,125 have died.

Despite the bad news, the United Kingdom is looking forward to next day 4, when it will be able to combat the pandemic with two vaccines after the approval given this week to the Oxford and AstraZeneca preparation by the regulatory bodies, after having authorized the compound from Pfizer / BioNTech, with which you are already vaccinating.

For its part, the Italian Ministry of Health has notified this Friday 22,211 new infections of coronavirus and 462 deaths in the last day. The figures, in line with Thursday’s, bring the total number of covid-19 cases to 2,129,376 in the country since February, when the national emergency began, and that of deaths to 74,621.

As has been the case for weeks, Veneto has recorded 4,805 new cases and has been the most affected region; followed by Lombardy, with 3,056; and Emilia-Romaña, with 2,629. The rest of the regions have remained below 2,000 new infections.