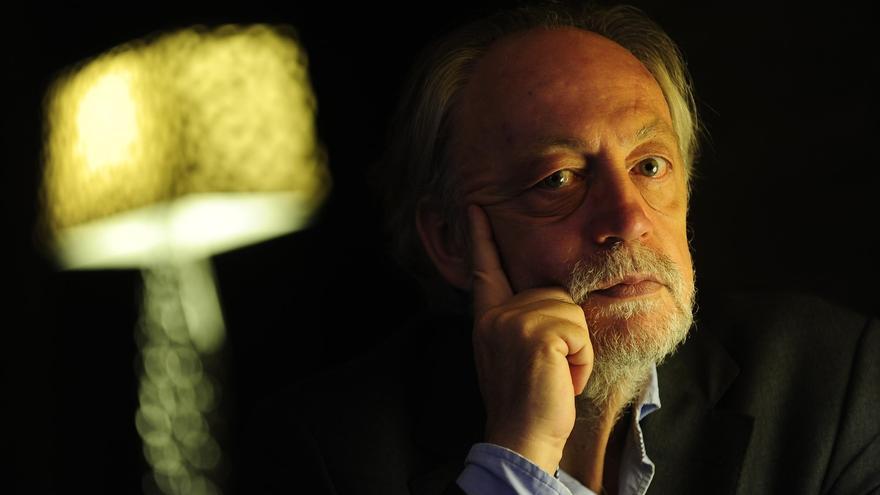 The semiologist and professor Jorge Lozano (La Palma, 1951 – Madrid, 2021), a reference in semiotics and one of the most prominent communication theorists in Spain, died yesterday at the age of 69 due to Covid-19, after several weeks of fighting the virus.

Founder and director of the Group for the Study of Semiotics of Culture (GESC) and closely linked to the figure of Umberto Eco, Lozano was a professor of General Information Theory at the Complutense University of Madrid, who yesterday expressed through a statement the “Halo of deep sadness at the enormous loss”, as well as many students thanked the brilliant interpreter of the senses of language for his classes. In addition, for the last year, he published a weekly column on the fifth page of the supplement. Culture from the province.

Renowned specialist in Semiotics of Fashion and Culture, and in Discourse Analysis, throughout his prolific career he was Director of the Spanish Academy in Rome and Editorial Secretary of Revista de Occidente, who distinguished himself under his tutelage for the quality of its monographs related to secrecy, transparency, luxury, camouflage or the semiotics of fashion. This theoretical cosmos would backbone a long research activity that began in the mid-1980s with his doctoral thesis, directed by José Luis López Aranguren, one of the most influential philosophers of the 20th century, under the heading Discursive and persuasive strategies in the history text.

Among his intellectual beacons stand out the figures of the Russian semiologist Yuri Lotman, alma mater of the semiotics of culture, as well as the Italian semiologist and writer Umberto Eco, whom he united a close friendship and affectionately renamed as Funes, the memoir, and Lozano he planned to bring to the island of La Palma just before his passing in 2016.

Also the French philosopher and sociologist Jean Baudrillard, coiner of the “culture of the simulacrum”, was part of his speech and his circle of friends. In this sense, one of Lozano’s main merits lay in his introduction and dissemination of Italian semiology and semiotics in Spain through names such as Paolo Fabbri, Omar Calabrese or Umberto Eco himself.

During his extensive academic career, he was invited to participate as a visiting professor at numerous European universities and has authored multiple essay publications and articles, among whose titles his essay stands out. The Historical Discourse (1987), with a foreword by Umberto Eco, together with Discourse analysis: Towards a semiotics of textual interaction, Fashion. The power of appearances, Persuasion. Belief strategies or Documents of the present. A semiotic look.

In addition, starting in the 80s, Lozano dazzled hundreds of students in his numerous joint conferences with Martín Santos, university seminars on seduction and El Escorial summer courses, which gravitated on topics related to communication, identity, trompe l’oeil, secret or fashion. The journalist and writer Antonio Puente, also a contributor to the supplement Culture and a participant in several Lozano courses, he remembers that one of the axes of his theoretical discourse was rooted in Nietzsche’s maxim that “all truth is a consensual lie”. “Jorge Lozano started a lot from the thought of Nietzsche and always returned to that metaphor of the onion and the search for the mask that is behind the mask, and where in the end there is nothing, only hollow, so that he raised a speech around to the preeminence of the void ”, he recalls. “And with respect to the subject, he defended in this sense the plasticity of identity and the theory that a subject is an effect of the place where it is, and its interactions with the environment.”

Brother of the journalist Lydia Lozano, assigned to different coordinates of communication, Lozano distinguished himself not only for his outstanding intellectual and cultural wealth, but also for his vitality, irony and research passion, in continuous monitoring and interpretation of what was happening in the world .

Last May 2020, Lozano inaugurated a series of weekly columns in the Culture supplement of La PROVINCIA, under the heading The Penultimate Word. The initiative arose during a dialogue with Javier Durán, Editor-in-Chief and director of the Culture, when he arranged an interview with the semiologist, from confinement in Gran Canaria to confinement in Madrid, to analyze the first consequences of the coronavirus crisis, and whose responses then anticipated, with disturbing lucidity, the cracks in the current social order.

And with a desire to continue unraveling the mechanisms of a present marked by uncertainty and fear, Lozano enthusiastically debuted in the journalistic column format. His care in the thematic search, the choice of images or the opening appointment underpinned each publication until its last installment, on February 6, 2021. He titled it Woe to the madman who does not believe Napoleon and Eco, Goffman, Maupassant and the coronavirus paraded in its lines. Lozano, as always, visionary: his universe could only stop at the penultimate word, because the last word is eternity.