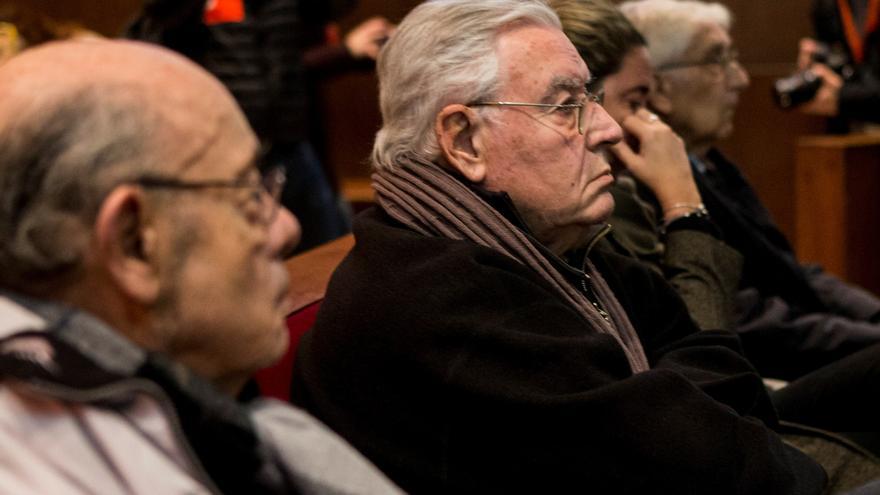 Barcelona, ​​Mar 22 (EFE) .- The private accusation brought by the Palau de la Música Foundation and the Orfeó Català in the case of the looting has asked the Barcelona Court to claim JxCat and PDeCAT, as heirs to CDC, the 6 , 6 million that the extinct training must return to collect commissions through the cultural entity.

As reported by sources close to the cause, the Palau de la Música, which in its day did not accuse the CDC of the looting, has presented a letter in which it asks that JxCat and PDeCAT take charge of the amount that the Audience of Barcelona confiscated in sentence the defunct CDC for pocketing commissions from the construction company Ferrovial, masquerading as cultural sponsorships.

The Barcelona Court agreed, last October, that the assets seized in a judgment to the CDC, which has 22 premises seized to cover that sum, will be used to pay the civil liabilities pending to those harmed by the plunder -the Palau de Music, the Orfeó Català and Finance- and, the rest, to the State.

However, the defunct formation is immersed in a voluntary bankruptcy of creditors in the commercial court number 9 of Barcelona, ​​which last November agreed to cancel the freezing of the 22 properties to integrate them into the active mass of the bankruptcy, a initiative that the Court stopped and is now pending a resolution of the Superior Court of Justice of Catalonia.

Faced with the obstacles that prevent it from being compensated for the looting perpetrated by Fèlix Millet and Jordi Montull, the Palau has presented a document at the Barcelona Court in which it demands that JxCat assume the pending payments, when verifying that it is not a new party, rather, "it is the continuation of CDC and, in turn, of PDeCat", according to the letter, which has advanced the digital El Món.

Unlike the Prosecutor's Office, the accusation brought by the Palau de la Música - led by Mariona Carulla - ruled out accusing the CDC of profiting through the cultural entity in the trial for plunder, while asking for penalties of up to 81 years for the former responsible of the cultural entity.

The Palau has now decided to claim the post-convergent formations for the funds that CDC pocketed, after verifying the difficulties of the Barcelona Court to recover the diverted money: the figure collected for the moment by the court is far from 23 million in which the looting was encrypted.

In July of last year, the Barcelona Court already rejected the request of the Prosecutor's Office for PDeCAT to assume the 6.6 million euros seized from the CDC, arguing that this training is not condemned for looting and that it is necessary to previously prove that be the successor of the party founded by Jordi Pujol.

In the coming days, the rest of the accusations and defenses of the cause will have the opportunity to position themselves on the request of the Foundation, including the one exercised by the Consortium of the Palau de la Música, which integrates the administrations that provide subsidies to the cultural entity : Generalitat, Barcelona City Council, Provincial Council and Ministry of Culture.

At a press conference, the vice president and spokesperson for JxCat, Elsa Artadi, explained this Monday that the party's general secretary, Jordi Sànchez, learned of this brief presented to the Provincial Court last Saturday.

In JxCat, he said, they are "very calm" because they understand that there is no "continuity of activity" between the old CDC and Junts, a party formally founded last October and in which a large part of former PDeCAT officers landed, an heir formation de Convergència, among them the former president Carles Puigdemont.

The petition contained in the letter, according to Artadi, "is not consistent with the founding process of JxCat" and, in fact, the Central Electoral Board, before the 14F elections, "determined that electoral rights corresponded to PDeCAT, as successor unique to CDC ".

Artadi considers it "legitimate for the Orfeó" Català to demand the restitution of its resources, but "they are wrong when it comes to pointing to JxCat", which is "a new party" and that it will raise "the corresponding allegations" to present its arguments .