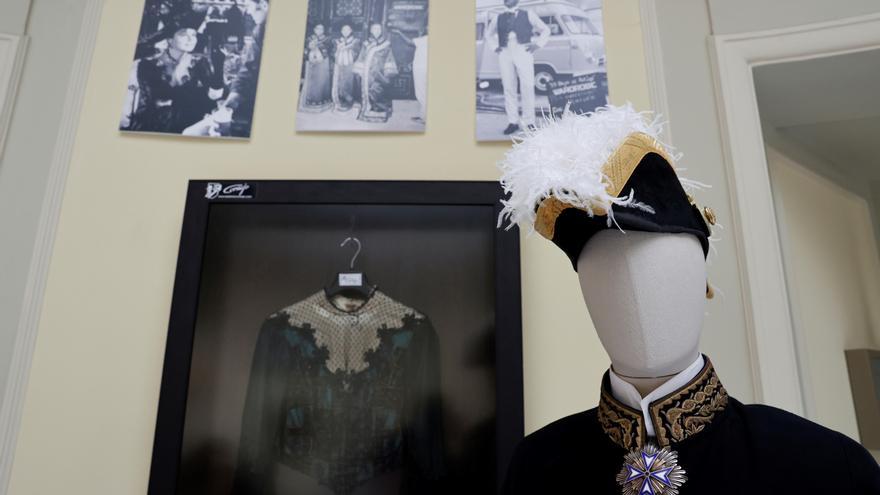 Madrid, Jun 16 (EFE) .- The authentic costumes from films such as "El Cid" (1961) by Anthony Mann, "Doctor Zhivago" (1965) by David Lean or "Nicolás y Alejandra" (1971) by Franklin Schaffner can be see this summer at the Hotel Palace in Madrid thanks to an exhibition organized together with the Sastrería Cornejo to honor the Hollywood cinema of the 60s.

The idea of ​​making this exhibition, open until March 27, 2022 and which is completed with a gastronomic proposal entitled "Eating at the cinema", inspired by the five films, arises, according to Humberto Cornejo, owner of the tailor shop, to "commemorate those international filming that took place in Spain in the golden age of American cinema."

"Taking advantage of the fact that El Palace had turned one hundred years in 2012 and we did it last year, in 2019 we began conversations to carry out the exhibition, but with the whole issue of the pandemic it was paralyzed until now", emphasizes the founder's grandson, Humberto Cornejo Arenillas.

The link between the costumes chosen from the films "El Cid" (1961) by Anthony Mann, "55 days in Beijing" (1963) by Nicholas Ray, Guy Green and Andrew Marton; "The Fall of the Roman Empire" (1964) by Anthony Mann, "Doctor Zhivago" (1965) by David Lean or "Nicolás and Alejandra" (1971) by Franklin Schaffner and the hotel is that the great stars of these films, such as Sofia Loren, Ava Gardner or Charlton Heston, stayed at the Palace during those shootings.

“At that time they didn't let the actors stay at the Ritz, so the Palace was the meeting point for all of them, so when it came to choosing the costumes and the films we thought they had to be those that had been shot in Madrid and whose protagonists had been at the Palace, so the selection was not very simple, ”confesses Cornejo.

As a curiosity, the owner of the tailor's shop says that those suits that the great Hollywood stars wore so well more than 50 years ago are still rented today for other types of productions: “The Russian coats from the movies' Doctor Zhivago 'or' Nicolás y Alejandra 'have been lent to films currently made; in fact, in some cases we have come to dye them if the costume designer required it ”, he points out.

At the same time that the visitor enjoys the exhibition, they can also taste the menu designed by the hotel's chief cook, José Luque, which is inspired by those five historical films.

“At the beginning of the year they told us that the exhibition was going to take place and we started with the design of the dishes. We were watching the films, investigating the gastronomy of the time and little by little the first tests of the dishes were coming out until we reached the final ones, ”the chef explains to Efe.

The menu consists of a five-course menu (each inspired by a film) that starts with the Ava cocktail, "created by the bartenders at the 1912 Museo Bar" in tribute to the actress, consisting of vodka, coconut shake and sugar. , and a Russian tartare - smoked sardine, beetroot, cabbage and trout caviar - in honor of "Doctor Zhivago."

With a roll of duck one travels to Beijing, specifically at the time of the Yuan dynasty, to make a nod to the 1963 film by Nicholas Ray, Guy Green and Andrew Marton; another evokes the gastronomic techniques of the Roman period, for which Luque has used garum sauce, unleavened bread and octopus.

The roasted Castilian lamb shoulder with tender leaves and sweet chives transports the diner to the lands of Castile and the conquests of El Cid and the sweet note is given by the gastronomic version of the tape "Nicolás y Alejandra" by means of a Russian cake with cream of raspberries with vodka.

You can also sample a series of cocktails that Hollywood stars drank when they stayed at the hotel, such as the margarita that Rita Hayworth drank, the negroni of Orson Wells or the dry martini of Cary Grant.