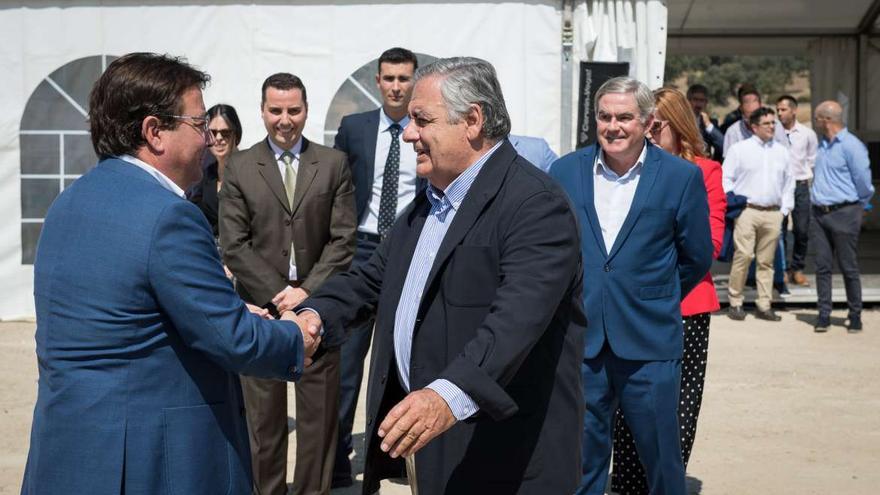 The Díaz-Tejeiro family, founders and main shareholders of Solaria, have distributed record dividends in recent months through DTL Corporación, the company in which they channel their participation in the solar energy company, a candidate to join the Ibex 35.

The latest DTL accounts, recently deposited in the Mercantile Registry and accessible through the Insight View platform, show the distribution of 27.6 million in dividends charged to 2019, an unprecedented figure in recent years. In 2018, the firm distributed 20.8 million to its partners, according to its accounts for that year, and in 2017 the dividends were 13.25 million.

DTL Corporación belongs to four Diaz-Tejeiro companies and was established in 2006. Its main activity is the purchase and subsequent rental of real estate. The company was the home of Podemos at the headquarters that the purple formation had for years on Calle Princesa in Madrid, in the building that houses the headquarters of Solaria.

In its latest accounts, and referring to the impact of the coronavirus crisis, DTL explains that it has reached agreements “with the majority of tenants” for the postponement until 2021 of the rents for the months of April and May of the year 2020, with a 10% impact on your rental income for this year. It has also reached agreements with Banco Santander and Sabadell to defer the principal of four loans between May and October 2020 and extend their maturity by six months.

At the end of 2019, DTL held 49.81% of Solaria, a stake that has dropped in recent years to slightly below 40% in August, according to the records of the National Securities Market Commission (CNMV). Since January alone, Solaria shares have risen more than 120%, in a disastrous year for the Spanish stock market due to the COVID-19 crisis, in the heat of the Spanish government’s ambitious plans to decarbonize the electricity system and comply with the guidelines of the European Commission, in which photovoltaic energy will play a crucial role.

Currently the capitalization of Solaria is around 1,900 million, higher than that of other Ibex companies such as Banco Sabadell, Almirall or Indra. If one takes into account that at the end of 2017 it was worth about 180 million on the stock market, the group has more than multiplied its capitalization by ten in less than three years.

Solaria was founded in 2002 by its current president, the industrial engineer Enrique Díaz-Tejeiro, former CEO of Camping Gas in Spain, and has been listed on the stock exchange since 2007. In its beginnings, it covered the entire value chain of the photovoltaic business, including manufacturing. of modules. After the stoppage experienced by the sector in the previous financial crisis, it decided to concentrate on the promotion and operation of parks.

The company, which was controversial during the 2012 energy reform due to its relationship with a former collaborator of Cristóbal Montoro, Manuel de Vicente Tutor (linked to the office founded by the then Minister of Finance), currently manages and operates photovoltaic plants with a total generation capacity of more than 410 megawatts (MW), a figure that, despite the stop of some projects During the state of alarm, it expects to rise to 1,375 MW at the end of this year with the connection of some 658 MW in the second half.

The company, with which it has not been possible to contact, plans to reach an installed capacity of 3.3 gigawatts (GW) by the end of 2023 in the Iberian Peninsula. The largest of these projects (782 MW) is located in Villaviciosa de Odón, the Community of Madrid, a region whose electricity production has traditionally been marginal.

Candidate to enter the Ibex

It is expected that on October 7 the Ibex Technical Advisory Committee will meet to decide the new composition of the selection after the foreseeable final exit of MasMóvil as a result of the takeover of the KKR, Cinven and Providence funds on the operator. One of the candidates to replace her is Solaria.

If it finally lands in the index that brings together the Spanish business elite, it would be the firm with the smallest workforce on the Ibex: 62 employees at the end of 2019, compared to 220 at the Socimi Merlin, the company with the fewest workers on the selective. It is also one of the companies with the greatest room for improvement in corporate governance: in 2019, 24% failed to comply with the recommendations of the CNMV’s good governance code that were applicable to it.

The company announced in August, within the framework of “its commitment to environmental, social and good governance criteria”, the creation of an Equality Commission to “achieve parity between men and women in its workforce”, and other measures such as the resignation of its CEO, Arturo Díaz-Tejeiro Larrañaga, “to his remuneration as a member of the Board of Directors, which amounted to € 75,000 per year.” Díaz-Tejeiro Larrañaga is a director of Solaria on behalf of Corporación Arditel SL (owner of a 20% of DTL) and one of the sons of the founder and president.