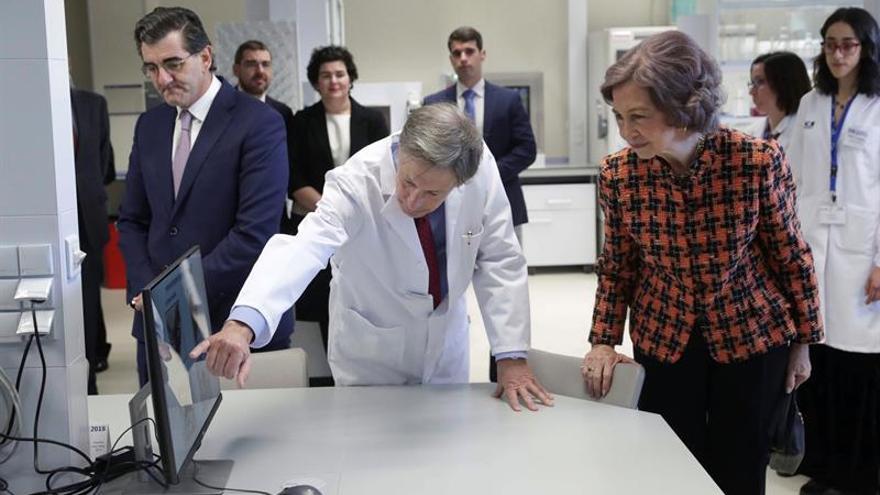 The owners of HM Hospitales, one of the main private healthcare groups in Spain, continue to diversify their fortunes abroad. The Abarca Cidón family, owner of the sanitary group, already accumulates more than 25 million euros in assets in two instruments in Luxembourg and they have used one of them to land in a real estate firm in the United Kingdom.

These investments are in addition to those they have in Miami (United States) with an alleged bleach of Francisco Correa, head of the Gürtel plot.

Among these companies, it stands out especially for the volume of assets handled by Luxembourg’s LuxATM Investments Sarl. Created shortly after the first alarm condition was lifted, closed 2020 with 18.3 million in assets. These are loans that you do not itemize in the accounts you have recently deposited.

The firm began operating on July 16, 2020 with 300,000 euros of capital. Its main administrator is Alejandro Abarca, CEO of the healthcare group chaired by his brother, Juan Abarca, also president of the private healthcare lobby, the Foundation of the Institute for the Development and Integration of Healthcare (IDIS).

Family sources in October linked that Luxembourg company to the possible acquisition of a hotel in that country, which would be added to those they already have in Portugal. LuxATM has been on the board of directors of a British real estate investment company, Alma Terra Mater UK LTD, since January. This firm was created in December. For a few days he had Alejandro Abarca as his advisor. In April it increased capital by just over 4 million pounds sterling (about 4.7 million euros), according to the British registry.

The highest shareholders of HM, to whom the latest El Mundo ranking attributes an equity 385 million and ranks 134 of the richest in Spain, have another company in Luxembourg created at the end of 2015, Cadab Ventures Sarl, which closed 2020 with another 6.8 million in assets, also loans, compared to about 5 million in 2019. Its main shareholder is the matriarch of the family , Dr. Carmen Cidón, 76 years old.

In Miami, the Abarca Cidóns also have several companies that the brothers Alejandro and Carmen Abarca manage together with the financier Guillermo Martínez Lluch, accused of allegedly helping to launder the opaque funds of Francisco Correa, head of the Gürtel. Martínez was summoned in November for the trial to be held by the National Court for this case along with two advisers of the highest confidence of HM Hospitales: the secretary of the council of the private health group, José Antonio López Rubal, and another posh lawyer, the recently passed away Manuel Delgado Solís, linked for years to the construction company ACS.

Beyond brick, in Spain, through companies such as Alma Terra Mater and Cidotama, which are at the center of a dispute with minority shareholders of HM, the Abarca have opted for other sectors such as concerted education through Educare. It is one of the most powerful groups in the Community of Madrid, with six of its eight schools built on public land, including several acquired in 2018 from investors linked to the López del Hierro family and awarded in the times of Esperanza Aguirre.

In nursing homes, the Abarca have launched Valdeluz Mayores, in alliance with the construction company Arpada, which in 2019 opened its first nursing home in Leganés (Madrid) and is building another in the Madrid neighborhood of San Blas that it plans to open in 2022.

The HM group, with 16 hospitals and 4 comprehensive care centers in Madrid, Galicia, Castilla y León and Catalunya, closed 2020 with a turnover of 466.2 million, similar to that of 2019, according to the group’s latest annual report, which explains that its financial debt soared by almost 50%, to around 292 million, “mainly due to investments in new acquisitions worth 77 million (Malaga, Barcelona, ​​deferred payments from Galicia, etc.) and an extraordinary distribution of dividends to our real estate partner Medical Property Trust for the Sale & Lease operation of the year 2019 “.

In the annual accounts that the parent company of HM, Profesionales de la Medicina y de la Empresa, has recently approved, it is stated that this firm “becomes a debtor” of a loan of 40 million contracted by Abacid, the laboratory company of the It covers, to finance two family companies. The loan was granted in October 2019, shortly before the takeover of Abacid by HM despite the rejection of some minority of the group hospital, who have reported “irregularities” in their accounts.

In his letter to shareholders, the CEO of HM anticipates possible corporate movements in the sector due to the increase in costs in the sector due to the pandemic: “In this new competitive environment, not all players will survive, and new restructuring movements will take place. and concentration to which we will be attentive if they represent a real opportunity to consolidate and expand our healthcare network, “says Alejandro Abarca.