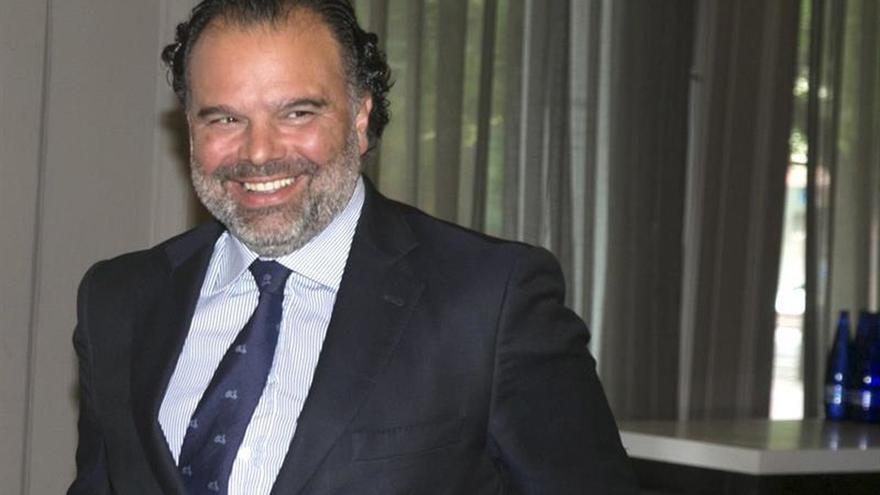 The list of great fortunes that bet on the fever of the renewable business in Spain continues to grow. With this sector turned into a refuge in the midst of a pandemic, and while different spheres warn of the bubble created around it, the last illustrious surname to join the wave has been that of the owners of Henneo, one of the main communication groups Spanish people.

The Aragonese family De Yarza López-Madrazo, owners of Heraldo de Aragón, 20 Minutos and lainformación.com and minority shareholders of Vocento (about 2%), have acquired several wind projects from the Forestalia group, belonging to another of the most important people rich in Aragon, businessman Fernando Samper, known as the king of pigs because of his past as the main executive of Grupo Jorge, belonging to his family and one of the largest in this sector in Spain.

Forestalia sources decline to specify the amount of the operation and the volume of megawatts (MW) sold and frame this transaction “in the usual sales of some vehicle companies for projects.”

According to the commercial register, the president of Henneo, Fernando de Yarza López-Madrazo, has gone on to manage together with his brother Íñigo, president of Henneo’s technological consultancy, Hiberus, three companies until now belonging to Forestalia that take names from mythology Greek and Roman, as is the house brand in Samper’s group.

In the renewables sector, it is very common for each project to use a vehicle company to obtain permission to access and connect to the electricity grid and facilitate a possible sale. This is the case of these three companies, which until 2019 (the last year in which they presented accounts) had not had any activity, and which were developing three Forestalia wind technology projects, as explained in those accounts, accessible through Insight View.

Although the one held last January was empty, Forestalia was the big winner of the 2016 and 2017 renewables auctions, when it was awarded close to 1,600 megawatts (MW). Subsequently, it sold a large part of that portfolio to other operators such as the British BP, Repsol, the Danish CIP or local groups such as the Aragonese construction company Sumelzo. Its last major operation was the sale at the beginning of the year of a mega-portfolio of 2,000 MW solar projects in Zaragoza and Teruel to Bruc Energy, owned by Ontario Pension Trust and Juan Béjar.

With an estimated fortune of more than 400 million euros forged in the meat sector (Jorge Group), the Samper brothers, whose energy group came to appear on the last list of defaulters of the Treasury with a debt of 1.57 million (in October Forestalia said he had already paid it off), they have had their pluses and minuses with the Tax Agency in recent years.

Samper and his patrimonial company Fernando Sol SL came to be denounced by the Public Prosecutor’s Office for an alleged tax offense related to an improper refund of 473,185.47 euros for VAT for several years for expenses related to a project to legalize an electrical and photovoltaic installation and a livestock farm.

In March 2018, the Provincial Court of Zaragoza, in a judgment Of which the former mayor of Zaragoza and former socialist minister, Juan Alberto Belloch, was a speaker, confirmed the acquittal of Samper and the company and overthrew the arguments of the Prosecutor’s Office and the Tax Agency by ratifying the previous sentence of the Criminal Court 5 of Zaragoza .

“Without the concurrence of a mendacious maneuver there would be a tax offense (which could lead, in its case, to an administrative offense) but, in no way, a criminal offense. That is why the OPEN introduction of REAL expenses as deductible, which then are not such, does not imply deception nor does it imply defrauding conduct in criminal terms, ”said the judgment of the Court, whose capital letters are literal.

For its part, the De Yarza family, which has declined to comment on this operation, is not new to the energy sector. Hiberus, the technological consultancy of the Henneo group chaired by Íñigo de Yarza (with more than 1,200 employees, more than 60 million turnover and more than 2,000 clients, according to its website), already launched in 2018 a division focused on monitoring and control systems and security systems for solar and wind projects.

Íñigo de Yarza himself worked between 2006 and 2009 as an analyst in Endesa’s Corporate Strategy Department. He played an “active role in Endesa’s strategy in the bidding process with EON, Enel and Acciona,” according to Hiberus on its website.

The De Yarzas, who in addition to the media have interests in other businesses such as healthcare, real estate or leisure (a few years ago they bought the Candanchú ski resort along with other Aragonese fortunes such as the Alierta or the Solans), are one of the main fortunes of Aragon. In 2019 they were in the race to buy Grupo Zeta (owner of newspapers such as El Periódico de Catalunya) and have been analyzing a possible merger with Grupo Prisa for some time. Last year They tried their entry into the shareholding of the group that owns El País and the Chain Ser.