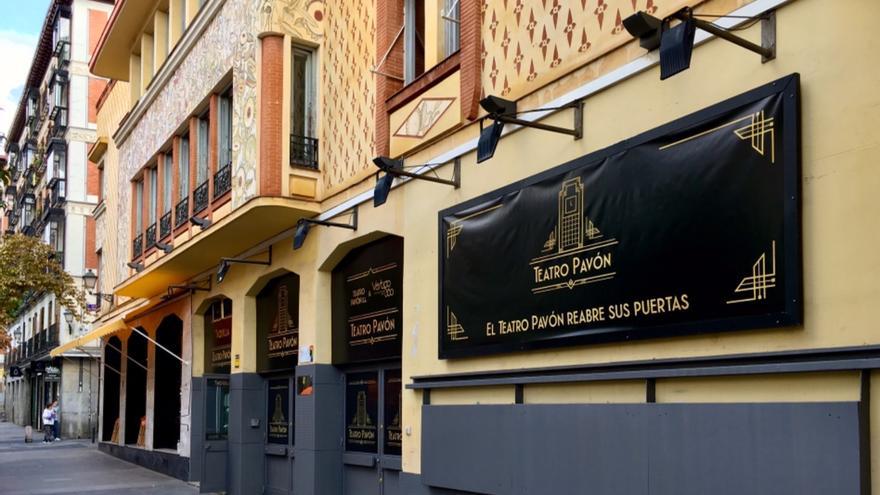 In January 2021, the Pavón Teatro Kamikaze in Madrid lowered the curtain. The five years in which it was directed by the Kamikaze company, led by Miguel del Arco, went a long way: they won a National Theater Award in 2017, various Max awards for the Performing Arts and long queues of spectators at the gates of the venue. But success was not synonymous with profitability.

The short version is that the project ended up being unviable due to financial problems. The long one, that the permanent insecurity about public aid and even an amendment by Vox, which pressured the Madrid City Council to reduce the subsidy, led to the dismissal. To this must be added another element: the problems paying the rent and the misunderstandings with the owner, José Maya. "There has been neither negotiation nor relationship. show me the money"said the company in a report published by elDiario.es moments before closing.

Almost eight months later, it is Maya himself who begins a new stage for the theater. The intention, as the actor and director explains to this newspaper, is to fulfill what he had in mind when he acquired the property in 1999 together with Amaya Curieses. "The idea was truncated because the National Classical Theater Company rented it in 2002 for the Ministry, where they stayed until 2016 when the Kamikaze came in. It has been 22 years to recover a dream," he says excitedly.

But the new schedule will be somewhat different from the stage managed by Kamikaze. As Maya says, they will bet on "flamenco, musicals and classical and contemporary authors". Proof of this is the program chosen for its reopening: the first edition of the Pavón Flamenco Festival, which will feature artists such as Antonio Canales, Lole Montoya or Maite Martín, among others. This event will be followed Cocoons? , a musical about the personal lives of four women. Gone are functions like Dreams and visions of Rodrigo Rato, which addressed the Bankia disaster and won the SGAE Theater Award; or Pack, on the judgment made to La Manada, which won the 2019 Culture Award against Gender Violence or several Max 2020 Awards. you go away thinking a little. But a little, just enough, "the new manager of Pavón answers when asked if he expected to reach the same level with the new productions.

But José Maya is not alone in directing the Pavón Theater. He is accompanied by Vertigo 360, a multidisciplinary production company that addresses everything from television to illustration. It also has the collaboration of Fever, a social and ticketing platform created in New York that offers the user different cultural (and commercial) plans depending on the city in which they are located.

Thus, there are several companies related to the new stage of theater, unlike the Kamikaze era, where management depended essentially on the company that ran it and public subsidies. Could this condition the theater's programming? "No. Why is it going to condition it? I insist that the fundamental goal of a theater is for the public to attend, and even more so after this pandemic. I believe that after this pandemic we have an obliged mission to make the The public returns to the theater, and whatever the company is or has the style it has is not going to condition anything, "says Maya. He adds that "the previous managers, in addition to awards, have enjoyed many public subsidies", something that he does not raise "for now." "For me the priority is to give a starting gun and the other will come as an addition, like consolidating the programming," he says.

elDiario.es has contacted Kamikaze to assess the new stage of the Pavón Theater, but has preferred not to make statements because they are disconnected from the project. "Tomorrow maybe we have a Zara there," lamented playwright Miguel del Arco, one of the four promoters of the company, in the report published by this newspaper mentioned above. In the end, his prediction was not correct, although the collaboration of a multinational company with the theater is a fact.

Mayo himself charged the Kamikaze company in January accusing them of being "arrogant" and of using the announcement of the closure of the room so that "the administrations would give them a new space." "I have become a poor insensitive landlord, I am the villain of the film. They have used me as a slogan, they cry because he who does not cry does not breastfeed, and that is a good strategy and it has turned out very well," he said in January the owner to the Ser Chain. A "strategy" that, judging by the result, has not turned out so well. Therefore, we will have to wait to see if the Pavón Theater becomes again the reference that it was during the Kamikaze stage or if, on the contrary, it ends up going unnoticed among the wide dramatic and musical offer of Madrid.

Santi Balmes: «Now we are able to adapt any style or style to Love of Lesbian»