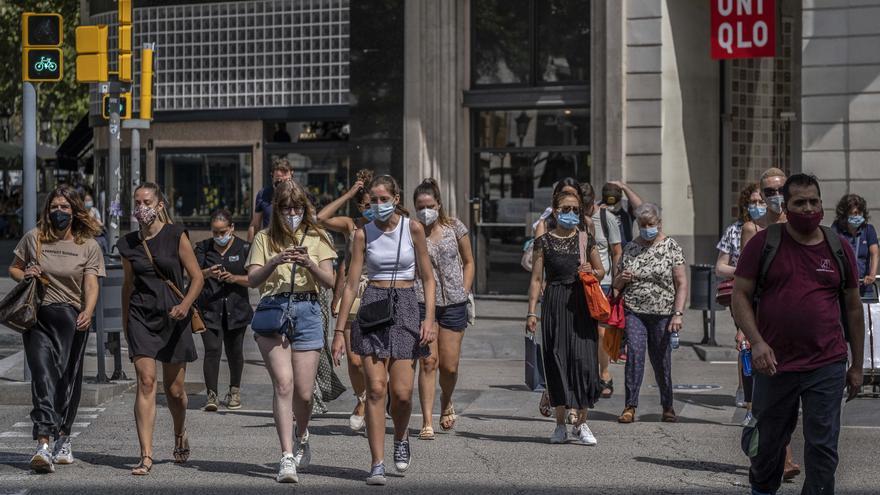 The Ministry of Health has registered 333 new coronavirus infections in the last 24 hours. Most of them have occurred in Catalonia (81) and in Aragon (68). This is a higher figure than yesterday, when there were 241. In total, since the start of the pandemic, 253,908 people confirmed by tests have been infected.

The third community that adds the most case is Andalusia, with 32; followed by Madrid, with 30; Navarra, with 26; Extremadura, with 25; Galicia, with 20; the Valencian Community, with 17; Castilla-La Mancha, with 13 and Euskadi, with 11. The rest of the regions reported less than a dozen cases between yesterday and today and the Balearic Islands, Cantabria and the autonomous cities of Ceuta and Melilla have had none.

In addition, Health has added two deaths to the total balance, so there are already 28,403. And dated the last seven days, ten.

Regarding ICU admissions, this week there have been eight, spread over four autonomous communities. The one that accumulates the most is Catalunya (5), followed by Murcia (1), Galicia (1) and Canarias (1). In the remaining thirteen and in the cities of Ceuta and Melilla, they have not had ICU patients.

The Segrià region, in Lleida, where this week the first person with coronavirus died since the start of the outbreak, has registered 280 new positives between yesterday and today, the highest number since the perimeter confinement of the 210,000 inhabitants of the 38 municipalities in this area was decreed. According to data released this Friday by the Health Department, since the beginning of the pandemic, in the Segrià region there have been 2,974 positive cases of the SARS-CoV-2 coronavirus, of which 137 have died.

Also in Lleida, the Mossos police station has registered an outbreak of COVID-19 with at least six infected. According to what the ACN agency has learned, they correspond to different areas, such as investigation, operational resources (ARRO) or patrolling. Police station sources have explained that it has been decided to isolate the troops who have had contact with the positives but will not undergo the PCR test unless they have symptoms.

On the other hand, the outbreak originated in a wedding in Tudela has added eight new positives and is now up to 31. PCR tests are still being carried out to detect other possible cases. So far they have 60.