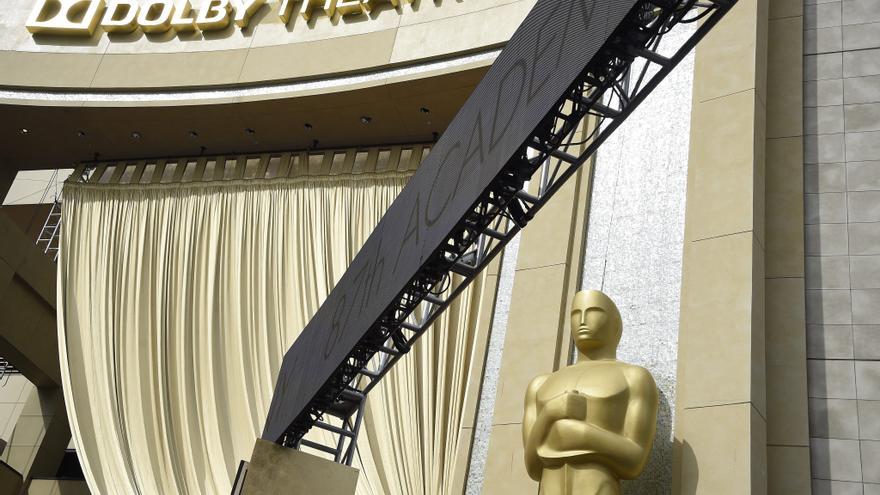 Los Angeles (USA), Apr 25 (EFE) .- The Hollywood Academy rushes the preparations for the pandemic Oscars, which are held this Sunday with a very unique edition and fully adapted to the measures against the covid- 19.

The great cinema gala will begin at 5:00 p.m. in Los Angeles (00:00 GMT on Monday) and includes many novelties derived from the exceptional context caused by the pandemic.

Thus, the Oscars were delayed two months to try to avoid the impact of the virus and this time they admit movies in "streaming" among their nominees.

In addition, the Oscars have changed their usual headquarters from the Dolby Theater for a gala that will be centered at Union Station in Los Angeles.

However, there will also be connections with London or with the not yet inaugurated Museum of the Academy in the Californian city.

Apart from the peculiarities of these Oscars, what is clear in advance is that "Nomadland" is the favorite in these awards.

With six nominations it is not the most nominated film, since "Mank" has ten, but this strange season of Hollywood awards has surrendered to the poetic look at the ruins of capitalism that Chloé Zhao has directed with Frances McDormand as the protagonist.

Thus, "Nomadland" caresses the statuette for the best film after sweeping the Golden Globes, the Baftas, the Venice Film Festival, the Spirit of independent cinema, the Producers Guild Awards (PGA) and the awards from the Syndicate of Directors (DGA).

"The Trial of the Chicago 7", "The Father", "Judas and the Black Messiah", "Mank", "Minari", "Promising Young Woman" and "Sound of Metal" will be his rivals.

Chloé Zhao is the main candidate for the Oscar for best director, a category in which Emerald Fennell ("Promising Young Woman"), Thomas Vinterberg ("Another Round"), David Fincher ("Mank") and Lee Isaac Chung will be measured. ("Minari").

Frances McDormand could win the best actress award for the third time after "Fargo" (1996) and "Three Billboards Outside Ebbing, Missouri" (2017).

On the other hand, best actor recognition could go to the late Chadwick Boseman, who is a candidate for "Ma Rainey's Black Bottom."

Among the Hispanic options, the Chilean "El agent topo", nominated for best documentary; and the Mexicans Jaime Baksht, Michelle Couttolenc and Carlos Cortés, who are candidates for the best sound for "Sound of Metal".

American filmmaker of Panamanian descent Shaka King will be nominated for Best Picture and Best Original Screenplay for "Judas and the Black Messiah."

The best short film award will include "The Letter Room", a work directed and written by Danish Elvira Lind and starring her husband, Guatemalan actor Óscar Isaac.

As for the Spanish candidates, Sergio López-Rivera will choose the best makeup for "Ma Rainey's Black Bottom" and his compatriot Santiago Colomo will try to take the statuette for the best special effects for "The One and Only Ivan.

In addition, the German but based in Madrid since the 1980s Bina Daigeler could score the Oscar for best wardrobe for "Mulan".