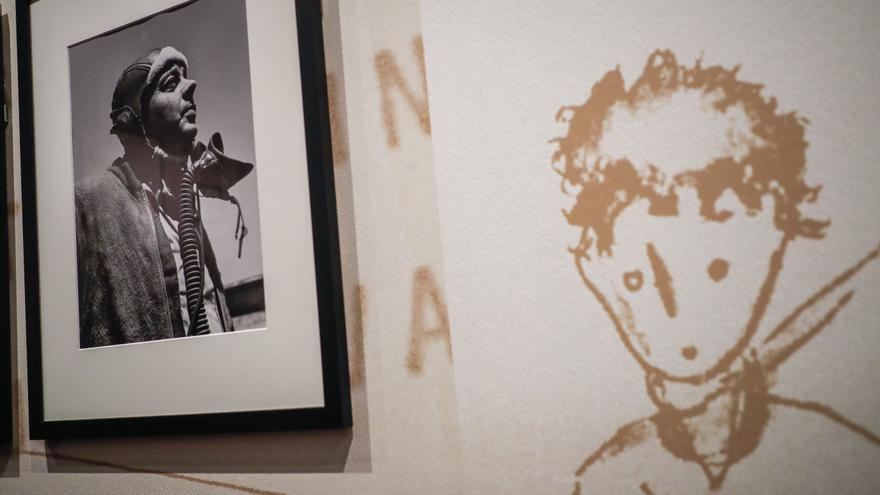 fans of 'The little Prince' have a reason to visit Paris: the Museum of Decorative Arts dedicates the largest retrospective in the history of France to the book by Antoine de Saint-Exupéry, a small work of art that has crossed borders and whose original drawings can now be seen for the first time.

The exhibition, which opens its doors this Thursdayshows more than 600 documents around the illustrated book that the writer published in 1943although it did not arrive in France until 1946, after the death of the author and pilot of the French Resistance, who crashed in the Mediterranean in 1944 under mysterious circumstances.

The show starts with Saint-Exupéry's childhood papersborn into an aristocratic family in Lyon in 1900, interested from childhood in writing and illustration, as well as in the emerging world of aviation, in which he was a pioneer.

His experiences as a pilot, first in the postal service, with which he traveled through Africa and later Latin America (he was director of Aeroposta Argentina in 1929), and his work as a reporter are the origin of his novels 'Courrier Sud', adapted to the movies at the time, 'Vol de Nuit' and 'Terre des Hommes'.

The latter was created as a result of the accident that Saint-Exupéry suffered in 1935 together with his mechanic André Prévo.t, on a flight between Paris and Saigon, being trapped for several days in the Sahara desert, in the Libyan area, an experience that was also at the origin of "The Little Prince".

"He said that he could only tell what he had lived, he could not make fiction. So he wrote from lived material. In the second part of his life, more than a writer he was a philosopher and 'The Little Prince' drinks from both currents , is the result of his experience and his reflections on society, humanity", comments his descendant.

D'Agay, philanthropist dedicated to carrying the work of his ancestor around the worldpoints out that in life Saint-Exupéry was a kind of legendary hero, a legend that was amplified after his disappearance at sea, which even gave rise to rumors about a possible suicide.

But more than half of the rooms are dedicated exclusively to his culminating workthis small book of barely a hundred pages illustrated with watercolors by the writer himself and which has become the most translated in the world after the Bible, being used as a learning tool and even for the recovery of dialects in danger of extinction.

It was, for example, the first book published in tuffthe language of this ethnic people from northern Argentina.

His wife, the Salvadoran Consuelo Suncín-Sandoval Zeceñawith whom he had a somewhat stormy relationship, also appears in the exhibition as his great romance and source of inspiration for the rose, a symbol of love that the protagonist tries to protect.

That many of these drawings have not seen the light before is another mystery more in the history of Saint-Exupéry.

Their owners had not wanted to show them until now, as had happened with the original manuscript, only previously exhibited in New York, in 2014, where it is kept by the Morgan Library & Museum.

The exhibition, which should have been held in 2021 but had to be postponed by pandemic, is part of the 75th anniversary of the publication of the book in France and will remain open until June 26.

"'The Little Prince' touches our innermost feelings," argues his nephew." "People find in it consolation in the face of their sadness, hope, answers to existential questions. It is not a question of generations, religion or times, it is timeless, universal."