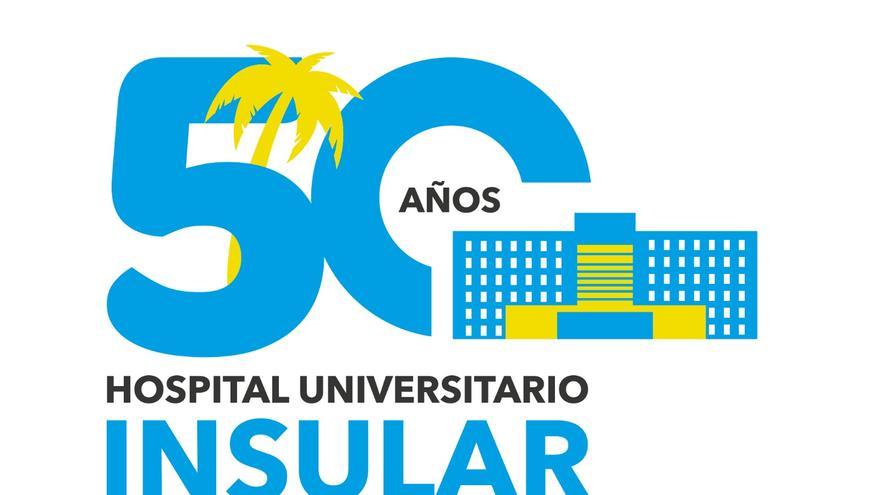 The Doctor Don Domingo Déniz Grech, director of San Martín Hospital In 1858, he leaves some notes, which remain guarded in said center, in which he tells us: Martín González of Navarra, one of the illustrious conquerors of this island of Gran Canaria, testamentary, founded this Hospital with the remainder of his assets. And he ordered it to be established in their own dwelling houses, which are adjacent to this Holy Cathedral Church, occupying part of the site where the Tabernacle of the Cathedral Church itself is currently founded “.

Whoever, leaving the Plaza de Santa Ana wanted to go to the Triana neighborhood, would necessarily have to cross the Callejón de San Martín, -short and smelly passage- and heading towards the source, they would sneak into the Plazoleta de los Álamos, which partly occupied the rear Church of the Sagrario, reaching its domains to the northern part of Pilar Nuevo. Starting from the Plaza de los Álamos, going down Calle de Herrería, you should head towards the bed of the ravine to continue once you have crossed the wooden bridge towards the steep slope of the Ermita de los Remedios. They were the beginnings of this city.

The primitive Callejón de San Martín disappeared once the Cathedral was perimeter, buried next to the foundations of the works for the north wing of the same, a site destined to occupy the Matriz del Sagrario Catedral church. Currently parallel and displaced further north is the Callejón de San Marcial, which is covered -as the previous one- on its south side the side of the Santa Iglesia Catedral de Santa Ana and on its north side, new buildings on the same land that it occupied the church of the Hospital de San Martín and attached and further north the building and orchard -part of it for burials- of this worthy institution, both buildings having their entrances oriented to the source.

To the west of the Hospital House in a small garden devoid of vegetation that served as a Camposanto, the sick who died in the hospital center and some solemn poor who were victims of hunger and inclement weather were buried and whose bed was the weather in the most absolute abandonment. The distribution of the sick was done by sex, with women and men being separated into two adjoining rooms, obeying the strictest standards of morality, proclaimed in the Synod of the Bishop of the Chamber and Murga. Counting on other smaller ones for common uses, also being those of the service which, after some time, one or more of them were enabled, to accommodate the foundlings left in the lathe, this device that was located in a hole of a from the walls of it. These rooms were refurbished after the Hospital was put into operation, perhaps a little more than a century had passed before they were used for the care of foundlings, since we have no news that new construction had been carried out.

This description that we make of its settlement and factory corresponds to the second location in houses that belonged to Don Jorge de Vera in the Plaza de los Álamos, one of the six children of General Vera who lived with Mrs. Beatriz de Hinojosa, adjacent to some that owned by his brother, Rodrigo de Vera. The testamentary disposition made by Martín González, for the foundation and use of their houses for the shelter of the poor and the sick, seems to have never had immediate effect, after some time had elapsed for it, said goods that remain and remain, that a hospital be made in which said hospital is made in said my houses, which are at the door of this said Villa and is called the Hospital of San Martín, so that the poor who come to said hospital; [?] in the Villa del Real de Las Palmas today, October 28, year of birth of our Salvador J. Cristo, 1481 years old, “and when it was carried out, the houses owned by Vera already mentioned were assigned to them.

After a long life, the Charity Center ended its charitable assistance in these houses in the year 1785, by moving to the new building – which we know – located in the upper area of ​​Vegueta very close to the so-called “Portadilla” at the beginning of the Nowadays Paseo de San José, just in front of the holes that gave the name to Puerta Street, today Castillo Street, for the entrance of carriages.

The demand was such and the supply was so small, that it could well be said of the sick poor that the transit through the hospital was to heat the bed for the next guest. The small cemetery was cleared almost daily in preparation for the “harvest.” This forced the hospital administration to build a new ossuary in 1759, instructing the moat to only receive from the dog the dead bones, clean of skins and devoid of bad odor.

In 1773, with Don Juan Bautista Cervera being bishop of this Diocese, the works of the new one that we have already mentioned began, laying the first stone by SI on June 26, 1775. On two occasions and from the laying of the first stone for the The new hospital, the Ecclesiastical Chapter, proposes to the Bishopric, taking into account the urgency of continuing the works of the Cathedral, the need to have a parish, for the exposition of the Blessed Sacrament, managing to enable the Hospital church for that purpose, and in compensation, the Ecclesiastical Cabildo undertakes to defray the expenses of the work of the new Hospital, materializing the transfer of the Blessed Sacrament from the Cathedral to the new church on April 1, 1781, with much pomp and celebrity.

Some twenty years before this session, the small cemetery had undergone a remodeling, which included the construction of a new ossuary due to insufficiency and deterioration of the one that had been used. Once the commitment was acquired by both parties and these old units were transferred to the Ecclesiastical Council -by purchase- it built a house in the garden of the old Hospital, in which after some time it was the headquarters of the Colegio de San Marcial, finishing the definitive works at the end of the 18th century.

Since water is so necessary for the Institution’s socio-sanitary attention, the Cathedral Council that owns it, grants it to it in deposit at the request of Canon Morales, who forces a meeting of the mayors of the waters of Heredamiento de Vegueta and Triana to drive them without going through the Fountain of the Plaza Mayor de Santa Ana, since as it passed through it, it was used by the washerwomen to clean their clothes, most of the time infected.

In the Synod of the Canary Islands, in 1629 made by the Hon. Don Pedro Dávila y Cárdenas and Don Cristóbal de la Cámara y Murga, for the admission of poor patients, we leave a literal record of the 1st clause “That when some poor men and women come to the hospitals who say they are married, they do not admit it or If they do not first show testimony as they are married and veiled and because it could be that said hospitals are easily deceived in admitting the testimonies of the married, we order that where there are ecclesiastical judges, it is brought to present and show before them and where there is none, the priest should be taken, so that he can see if it is authentic and not, the hospitalero will give notice to the courts so that they may be punished. ”

Of this old Hospital, Camposanto and Ermita recreated by Pedro Agustín del Castillo in the plan of this city from 1686, nothing remains but some rubble, in the vicinity of Obispo Codina, San Marcial and Herrería streets.