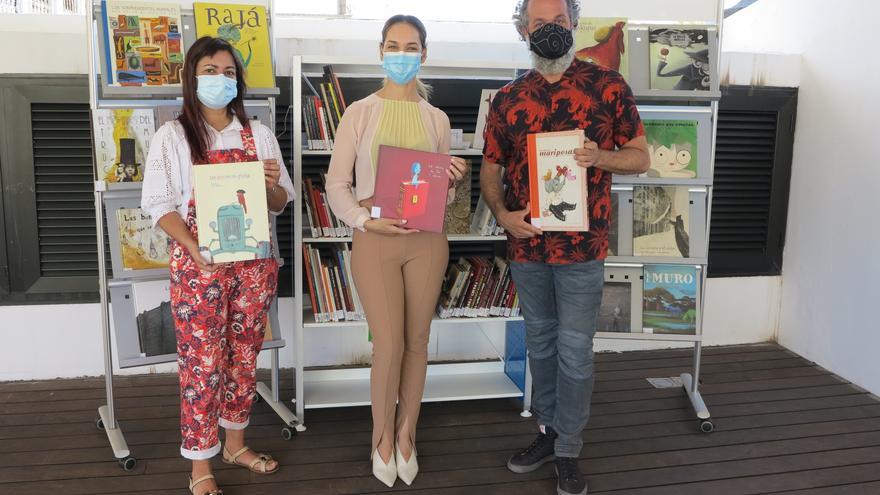 The Insular Library that manages the Ministry of Culture of the Cabildo Gran Canaria will organize soon three acts, raised in the context of the broad program promoted by the aforementioned counseling that directs Guacimara Medina on the occasion of Day of the book.

It is the Festival of Oral Narration Just word, what of April 26 to May 1 will take place between the headquarters of the Insular Library and the Guiniguada theater, with the participation of seven professional European and canarian storytellers; the award ceremony of the second edition of the Rana Awards held at the Cuyás Theater on April 27 and granted by the aforementioned library to recognize people and entities that have contributed to promoting reading and writing and, finally, the literary-musical show Alonso Quesada through words, which will take place on May 15.

Conceived as an event for the adult audience, the Oral Narration Festival Just word It will bring together renowned and long-standing storytellers Pablo Albo, Pep Bruno, Nicolás Buenaventura, Paula Carballeira, Almudena Francés, Begoña Perera and Pepito Mateo. The event is held from April 26 to May 1 (always in the afternoon) at the Insular Library and at the Guiniguada theater, according to a program that includes different sections, which includes the named space The Queili, aimed at non-professionals who dare to tell their stories, the section Other accents, in which the public will have the opportunity to listen to stories with echoes of words from other countries, the section Old words, in which tales of oral tradition are thrown into the air again to take on new lives, or the so-called Short story, a place for opinion, theoretical dissemination and reflection on oral narration and the art of storytelling.

The second edition of the Insular Library’s Rana Awards will take place at the Cuyás Theater on April 27, starting at 6:00 p.m., in a ceremony lasting almost two hours, the artistic direction of which will be carried out by the actor and theater director. , Luifer Rodríguez, and will be presented by actor and comedian Aarón Gómez.

With the celebration of this act, the center dependent on the Ministry of Culture of the Cabildo Gran Canaria recognizes the people and entities that have contributed and stood out with their actions and participation in the promotion of reading and writing, as well as in the creative areas closely linked to the book. The gala, which could not take place last year due to the outbreak of the pandemic, this year distinguishes the writer Pepa Aurora for her artistic and professional career, and awards the honorary awards to the librarian Juan Alberto Hernández and the writer Antonio Lozano , both posthumously.

In addition, the usual prizes will be distributed to the best readers (in their family, children, youth and adult sections and reading clubs), prizes for promoting reading, prizes for reading inclusion, prizes for the creative process and the specials corresponding to the year 2020.

The gala promises to be, in addition to an act of recognition of the work linked to the promotion of books and reading, an event in which creation will be very present in its development. It will have the participation of DJ Manel Ruiz The specialist and with performances by the Natalia Medina dance company, the singers Víctor Lemes, Ginés Cedrés and Arístides Moreno, as well as the Alicante short story writer Pablo Albo, one of the most prestigious Spanish oral narrators.

The Insular Library of Gran Canaria presents on May 15, in two functions held at 8.15pm and 9.30pm, the show entitled Alonso Quesada through words. With the direction and dramaturgy of the Gran Canaria actor, director and playwright Luifer Rodríguez, the aforementioned production, whose cast includes Rodríguez himself and the actors Mari Carmen Sánchez and Borja Texeira, as well as the plastic artist Rafael Moreno-Tapia and the Dj Juan León, It is proposed as a journey through the vital, imaginary and creative universe of the Gran Canaria writer Alonso Quesada, pseudonym of Rafael Romero Quesada (1886-1925).

The show Alonso Quesada through words lasts approximately 60 minutes. “It is a tribute to Rafael Romero: the man, the islander. His poetry, his stories, his letters, his concerns, his fears, his dreams and, above all, his peculiar island gaze full of irony and blue, ”explains Luifer Rodríguez, author of the drama. “We will propose an evening of rooftop and stars. Of literature, music and voice. A perfect cocktail to enjoy the primitive blood of this modernist poet, a member of the Canarian group chaired by Tomás Morales ”, he adds. Quesada’s premature death truncated his clear vocation as a writer and poet, which had already been revealed with deliveries such as The linen of dreams, one of his best known works.

“I wanted to maintain a dialogue with the author, but also with the person who was born in Agaete and the bond that he maintains as an islander with the reality that we still suffer today: distance. That transcript in which the creators of the islands move wondering if they really should go outside to be, or if they really want to be inside the island ”, says Rodríguez. “That island dream in which the sea operates as a permanent horizon, Quesada symbolizes it in the best way,” he adds.

With music created by the timplist Germán López and other sound bases composed by Dj Juan León, during the two planned stages of the montage, the plastic artist Moreno-Tapia will create two live murals while the action takes place. Texeira interprets the soul and spirit of Quesada, while Mari Carmen Sánchez will read some of the author’s poems. Rodríguez explains that he has managed to develop the dramaturgy with some letters crossed with his mentor Luis Doreste Silva, Unamuno, Néstor Álamo and Agustín Millares. The director, who defines Quesada as “sly and author of the everyday”, reserves a role for himself reading a letter from Tomás Morales and giving life to Agustín Millares ”

The initiative is part of the cycle program called Patios with rhyme organized by the aforementioned library, inviting the public to know poetry and poetic prose in an unconventional way, through the gaze of different artistic disciplines.