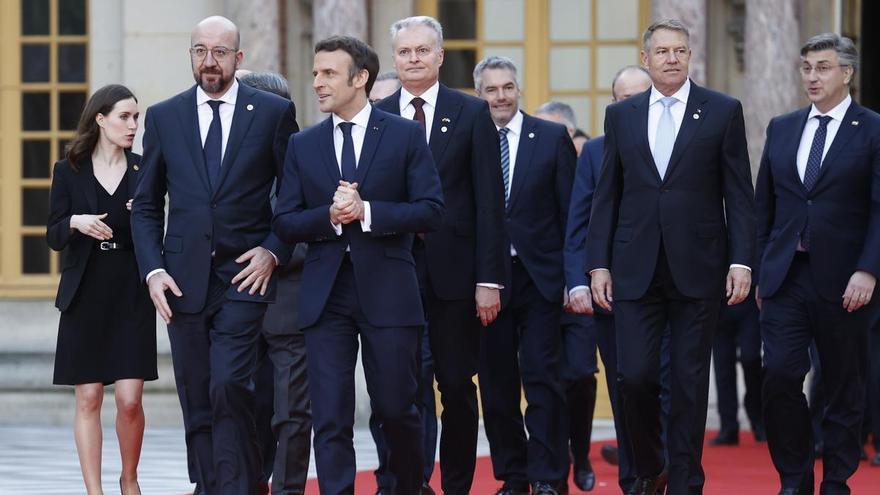 “Member States have proposed several options to limit the impact of high electricity prices”, states the European Commission: “To be successful, these temporary exceptional options must be fiscally affordable and must not compromise security of supply or equality of conditions in the internal market. The magnitude of the pros and cons described in the options depends on the design features of those options.

Interventions in the Electricity Market that involve financial compensation to consumers. Brussels bet in its communication of March 8 for a new state aid framework, which "will allow subsidies and liquidity for companies affected by the Russian aggression against Ukraine, the sanctions imposed or the retaliatory countermeasures, as well as aid to companies, in particular to energy-intensive consumers, to offset part of their energy costs. The Communication also clarifies that, in the current circumstances, it is possible for Member States to regulate retail prices for all households and micro-enterprises”.

Thus, Brussels states that "another way to protect domestic consumers, particularly the vulnerable (but also companies) would be for States to use an 'aggregator model', according to which an entity controlled by the State buys electricity in the market and makes it available to certain categories of consumers, directly or through suppliers, at prices below market prices. Any extension of this approach beyond state aid rules needs to be carefully assessed to avoid distortions in the single market."

Profits? “Because these options are aimed directly at consumers, they are particularly effective in tempering the impact of high prices on end users. They leave flexibility to Member States regarding the categories of domestic and commercial consumers to be supported, taking into account national circumstances and competition rules. Member States wishing to establish an aggregator model will need to decide on the design features, including the volumes sold and which categories of specific consumers/suppliers would benefit from this option. The European Commission could provide guidance on how to implement such a model to ensure a level playing field and fair competition in the single market,” says Brussels.

Problems? “This option could limit competition in retail markets, which should be mitigated by ensuring fair and non-discriminatory treatment of all suppliers. If a large part of the consumers obtained support that compensated for the total increase in price, the incentives to reduce their consumption would be more limited. As with all options that reduce costs for the consumer, it could increase the use of fossil fuels, the EU's dependence on imports and raise concerns about security of supply. The availability of this option depends on the budgetary means of the Member States”.

According to the Temporary Crisis Framework adopted this Wednesday by Brussels to allow states state aid in the context of Russia's invasion of Ukraine, "Member States may partially compensate companies, especially those that consume more energy, due to the additional costs derived from the exceptional rises in gas and electricity prices. This aid may be granted in any form, including direct grants. The global aid per beneficiary may not exceed 30% of the eligible costs, up to a maximum of two million euros at a given time. When a company incurs operating losses, additional support may be necessary to ensure the continuity of an economic activity. To this end, Member States may grant aid above these ceilings of up to €25 million for large energy consumers and up to €50 million for companies in specific sectors, for example the production of aluminum and other metals, glass fibres, pulp, fertilizers or hydrogen and numerous basic chemicals”.

And the costs? “The costs and the way in which they are covered will depend on national options regarding the coverage of certain categories of consumers and the extent to which the financial burden of consumers is alleviated”, explains Brussels: “Such decisions will also be guided by the fiscal space of the Member States.

Intervention in the wholesale electricity market

The pros? The European Commission expects “that this option will influence the behavior of the offers of fossil fuel power plants in the EU and is likely to cause a reduction in the cost of electricity sold by these plants and, therefore, in the marginal price in the wholesale market. This, in turn, should lead to lower retail prices. Depending on the characteristics of the design, it would not affect the order of merit of generating power plants and, therefore, would not interfere with the functioning of the market.”

Problems? “If introduced at the national level, it could distort the flow of electricity in neighboring countries (EU and non-EU) and trigger flows from countries with the reference price to those without, without taking into account the scarcity , Security of Supply, or Relative Costs As with all options that affect the relative price competitiveness of fossil fuels, this option could hamper efforts to decrease fossil fuel use.”

And the costs? “The costs and how they are covered will depend on the options. The cost could be financed through contributions from consumers. Although in principle this cost could be offset by the reduction in wholesale electricity prices caused by the measure, the net impact on consumers will depend on changes in fossil fuel prices, the quantities of imported fossil fuels and the volumes of electricity exported to neighboring countries. The introduction of such measures would reduce excess profits tax revenues.”

Intervention with a price cap in the wholesale electricity market. “This option would imply limiting electricity prices to a predefined level”, states the European Commission: “To keep in operation generators that use fuels that imply costs that prevent profitable generation at the top (for example, gas or coal) , a financial compensation would be required to cover the difference between the market price of the electricity generated and the pre-established cap. Strict regulation may be required to ensure that electricity generation bids above the cap (which establishes the right to financial compensation) are 'reasonable'. Similarly, regulation may be needed to ensure that generators whose costs are below the cap do not bid above the cap (to obtain a higher price). This may eventually require strict regulation of offerings, which could lead to complexity."

The benefits? "This option would limit wholesale prices, which in turn should lead to lower retail prices, with reduced rents for generators not directly affected by the cap."

And the costs? “Financing would be needed to compensate for the difference between the market price and the ceiling price”, says the European Commission: “This cost would be more difficult to support for Member States with a more limited fiscal margin. Over time, there could be security of supply risks linked to the lack of differentiated price signals in the community market, as well as regulatory uncertainty. Similarly, unsubsidized renewable energy projects would be discouraged as market revenues would be lower (also because consumers would have less incentive to sign long-term energy contracts because the price cap reduces their need to cover high prices)".