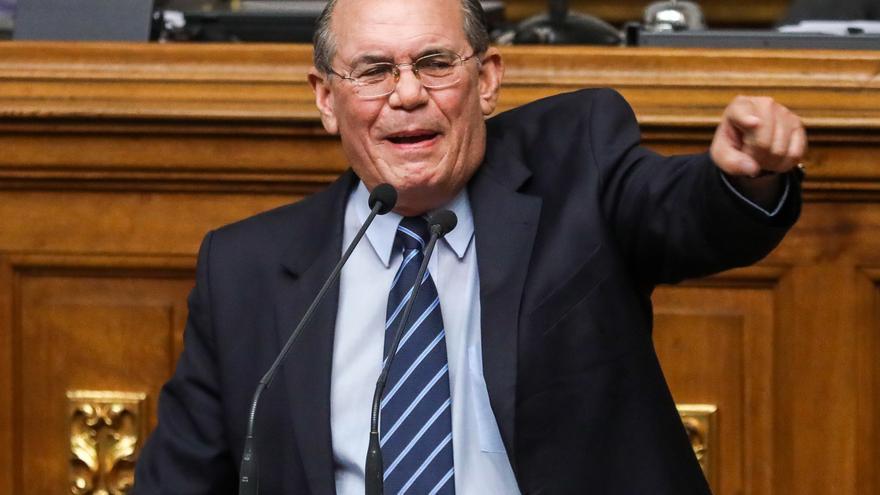 Caracas Feb 15 (EFE) .- The Venezuelan opposition condemned that President Nicolás Maduro urged citizens to participate in parades during the carnival, despite the “high risk of contagion” of covid-19 that exists during the mass events that They are celebrated this Monday and Tuesday, decreed holidays throughout the country.

According to the quarantine system established by the president, which consists of 7 days of closure followed by as many of partial relaxation, this week should be restricted, but, on the occasion of the carnival, the Government extended until Wednesday 17, the opening.

The Executive urged Venezuelans to celebrate, appealing to responsibility and to comply with the established biosecurity measures, but, as happened during the electoral campaign for the December legislative elections and with the Christmas festivities, the required distance is not being respected, as reflected in some photos that Maduro posted on his Twitter account.

The former deputy to the National Assembly (AN, Parliament) Omar González described these celebrations as “imprudent” in a country where the Administration “does not equip sentinel hospitals or distribute prevention supplies, nor does it even guarantee access to drinking water to maintain levels of hygiene necessary to cut the chain of transmission of the covid-19 “.

“Despite all this, it opens the possibility to accelerate contact between citizens, thus increasing the options for the spread of the coronavirus,” said the opponent.

In González’s opinion, the celebration of carnival in the midst of a pandemic “is the regime’s greatest act of recklessness, which tries to continue with its policy of bread and circuses in the midst of a serious situation like the current one.”

In addition, he warned about the increase in cases “that can occur after the carnival holiday”, as happened in December, after the special opening for the Christmas holidays.

“While the world tightens the nuts before the appearance of new variants of the Chinese virus, here the opposite is done and the reality of the country is even more anarchy,” he insisted.

According to the latest report offered by the Government, 475 new infections were registered on Sunday – four of which are from people from Panama and Turkey – and five deaths, including that of a two-month-old baby.

With the new cases, the total of those affected by covid-19 rises to 133,218 since the pandemic began in March last year, of which 6,760 are still active and the rest have been cured, always according to information from the Executive.

The total number of deaths rose to 1,279, a figure questioned by the opposition and various health organizations, both nationally and internationally.