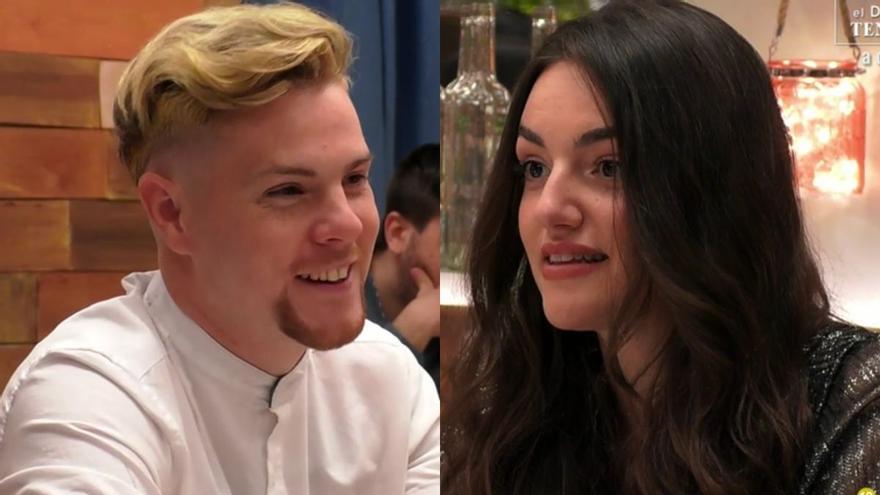 The restaurant of ‘First Dates‘is a place where discussing certain topics will cause disappointment or anger during one. This is the case of Chiara and Sergio, two boys of 25 and 27 years old, who saw how their date failed miserably after the ex-hostess asked the hairdresser this question: “Do you like football?“.

“Much“Sergio answered Chiara, putting his hands to his head after hearing that answer during the evening they shared in Cuatro’s dating: “Disgusting! No football, please. It seems like such a useless sport to me.”.

Moments later, Sergio assured that he loved watching and playing football, revealing his great and unconditional feelings for Real Madrid, his favorite club: “Madrid will never fail me and it has always been there, but a girl can fail me, she can go and another can come, but my team will always be there“.

“If my girlfriend tells me to meet, it would have to be after the game. Either that or both at the same time.”Said the hairdresser, something that made Chiara not believe these words: “What? Dinner and football together? You would spend all night watching TV.”

When it seemed that the tension between the two had already ended, the truth is that they starred in a rather rude ‘Final Decision’ in the ‘First Dates’ restaurant. After Sergio said that he did want to keep getting to know her, Chiara got angry at the boy after explaining why she didn’t want to keep meeting him: “Sorry, but I am very demanding and physically you are not my prototype. You are good people“.

“Is that not enough for you and the physical is the most important thing? You can see that you are very superficial”Sergio told Chiara, who was not silent when answering the words that the boy had commented: “That comment was superfluous“.

“It is that I am very transparent and I say what I think. You have stung”, affirmed the hairdresser. “If you don’t like physicality, you are a hypocrite”, sentenced the hostess before leaving the restaurant.