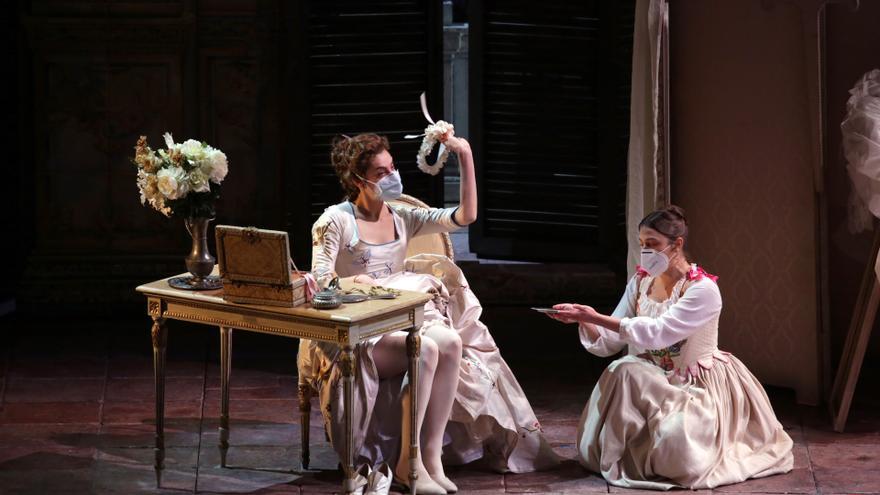 Rome, Jan 15 (EFE) .- The opera will return to the stage of La Scala in Milan on January 23 with the performance of Mozart’s “Così fan tutte” (1790), the first major lyrical production since the confinement of February 2020, although it will still be without an audience.

The work, directed by Giovanni Antonini and with the scenography by Michael Hampe, will still be without a physical audience in their seats but will be broadcast on Italian public television, as well as on its website and La Scala.

This is the first time that this temple of lyric, for many the most important in the world, has brought a great opera production to its stage since the confinement of last spring.

At the opening moments, La Scala has held concerts and other shows but not operas, due to the large number of personnel required, including artists, musicians and technicians, and due to its long and expensive production in a context of uncertainty.

An attempt was made to inaugurate the lyrical season on the traditional December 7 with the “Lucia de Lammermoor” (1835) by Gaetano Donizetti, but it was ultimately not possible, also due to a coronavirus outbreak that infected some thirty musicians and choristers.

In return as “Prima” a great concert was held in which great stars of the scene, such as the tenor Plácido Domingo, gave their chest C with the most remembered songs of the Bel Canto.

Thus, on January 23, the opera will return to this prestigious institution with this humorous drama by Wolfgang Amadeus Mozart at 7:00 p.m. local time (6:00 p.m. GMT).

The performance will feature the soprano Eleonora Buratto in the role of Lady Fiordiligi, the mezzo-soprano Emily d’Angelo, as her sister Dorabella, and the soprano Federica Guida will play the servant Despina.

The roster is completed by the baritone Alessio Arduni, as Guglielmo, and the Russian tenor Bogdan Volkov, as Ferrando, the sisters’ fiance, and the baritone Pietro Spagnoli, as Don Alfonso.