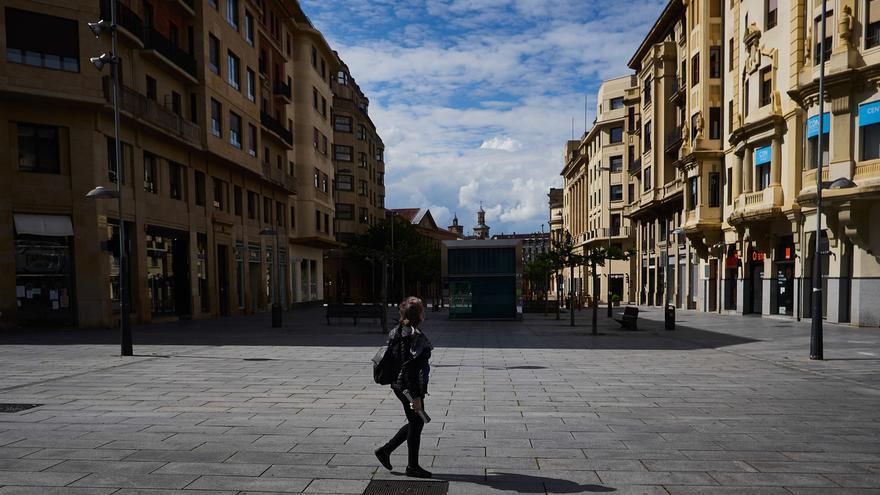 “The only evidence is uncertainty.”

(Between the bantustans and the confinement)

Mario Bunge: “Technique is a tool, but only politics can change society”.

In recent days, more than a hundred medical societies have demanded that the central and regional governments make decisions about the pandemic based on scientific evidence and not on political criteria.

Thus culminates a disagreement that began with the unsuccessful announcement of the launch at the end of the first wave by a commission of experts, and the response of a select group of them demanding an independent and neutral audit of the management of the pandemic.

The manifesto of the medical societies is produced in the context of the confrontation between the central government and the government of Madrid regarding the rates, the extent and the territorial scope of the confinement, given the existence of community transmission of the pandemic in the Community.

No one doubts the good faith of the signers of the manifesto. However, his tone of anti-political reproach is striking as the vindication of evidence and technocratic decision. As if medicine and science had everything clear in this pandemic and had not learned by trial and error. But, above all, the claim to turn scientific evidence into a substitute for democratic politics is surprising, due to its complexity and contradictions.

Because the pandemic is more than a virus in a laboratory, an epidemic to be prevented or contained, and an infectious disease to diagnose and treat. It is a syndemic influenced by social and environmental determinants, chronic pathologies and risk factors.

That is why scientists, and among them social scientists as well, have the most important role of informing and advising politicians, but not of governing. It is politics and governments that have the democratic mandate to try to reconcile interests, sometimes conflicting, reach agreements and decide in a context of uncertainty. And on the other hand, it is the parliaments that control and evaluate their political management.

But in addition to joining the topic of anti-politics, the search for equidistance between the management of the pandemic based on public health criteria, which with successes and errors, have been developed by most governments, in contrast to the anti-science of the complacent strategy with denialism and herd immunity developed by the Madrid government. A herd immunity that has also led to the selective confinement of the popular neighborhoods in the south, treated as bantustans, while maintaining the economy and mobility of those in the north. A paragon of classism and racism that has provoked their legitimate indignation and social protest.

However, just as public health, epidemiology and medicine have been learning from their mistakes throughout the pandemic, politics also has to reflect on the errors and contradictions that have brought us here. It is not enough to criticize those of the companies that signed the manifesto.

Perhaps the first and main mistake of politics, and in particular of the coalition government of the left, has been to excuse itself for its purely political decisions in science, when these could be better or worse informed by public health, but from the beginning they had to be reconciled with social reality and economic possibilities.

Precisely that was the cause, among others, of complacency and excessive prudence, which first led international organizations such as the WHO and then the vast majority of Western governments to underestimate the seriousness of the threat, to delay the declaration of a pandemic and to adopt the consequent containment measures.

The third error, this one attributable exclusively to the Government, was the announcement and subsequent denial of the so-called commission of experts, when what did exist were the public health commissions of the ministry and the CCAA, as well as the Carlos III scientist and the multidisciplinary commission of the Government that prepared the de-escalation phases. An advertisement in which he was led to believe in the existence of an external commission which, by discretion, wanted to be protected from the deniers, but which finally remained, apparently, in mere contacts and personal and punctual reports.

An advertisement with brake and reverse that may have been at the origin of the malaise that has emerged in recent days.

As if the ghost commission of experts were not enough, the subsequent haste in the opinion of the parliamentary reconstruction commission, came to cast salt in the wound of disregard for the contributions of scientific societies, associations and experts who appeared and prepared reports with the will to contribute to assessing the strengths and weaknesses of the response and to propose strategies and measures for rectification and strengthening in the field of public health, health and social and health coordination.

Later, an agonizing and premature end of the state of alarm, a disorderly de-escalation and the difficulties of co-governance in the so-called new normal, excessively conditioned by the economic recovery and in particular by tourism, together with the non-compliance of the indicators and The commitments to strengthen primary care, public health and trackers, included in the early response plan, have transformed discomfort into rejection.

The only thing missing was the spark, which came as a consequence of the grotesque carried out by the government of the Community of Madrid, to which the ministry and the president of the government have been dragged, and the feeling in the health services, in particular Madrid, that there is no we have learned a great deal and that is how we will return to collapse, to unleash the perfect storm of grievances and reproaches to politics by medical societies.

Therefore, from the criticism of the content of the manifesto, but understanding its call for attention, and from the self-criticism as a political leader (in a situation of leave of absence), I believe that there is still the possibility and the need also to recover the relationship of trust and cooperation, each one from their sphere of activity and responsibility, between politics and scientific societies, but with scrupulous respect the public health experts from the administrations and epidemiologists who have not signed the aforementioned document.

The Government should seize the opportunity to promote, first of all, a credible scorecard with all the Autonomous Communities, which anticipates the generalization of outbreaks and community transmission, together with the strengthening of preventive public health measures, primary care, testing and social guarantee for the isolation of contacts. Thus, the uncertainties created by the minimum terms of the approximations in the indices with the Community of Madrid, within the Interterritorial Health Council, can be cleared up.

Of course, in no case can it be accepted that a future technical audit of the pandemic entails the exclusion of civil servants, researchers from public organizations such as IPOs or university professors. Because then it would not be neutral, but one more of the part evaluations.

Some are not just premature mid-pandemic evaluations, but inquisitorial trials with preset convictions.