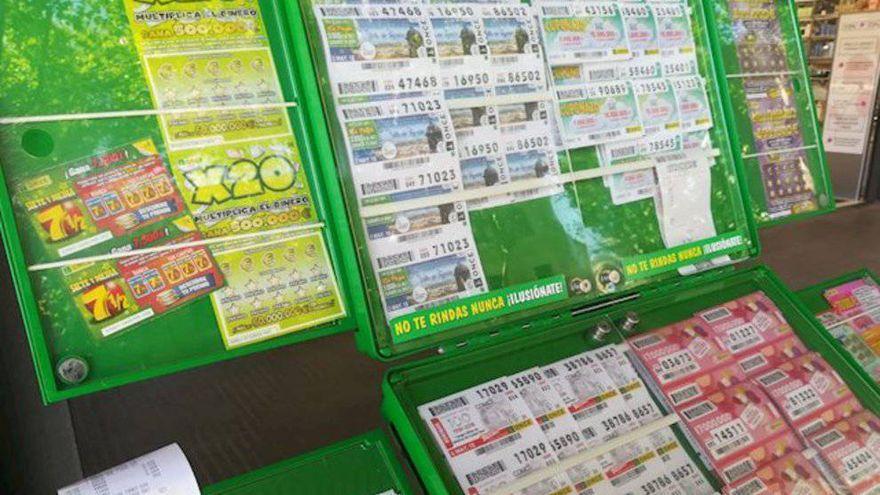 He ONCE Christmas bonus has distributed more than 4.5 million euros in the Canary Islands thanks to the first three prizes of the raffle that have left a good number of people awarded.

In The Gran Canarian palms It is where they already celebrate the four million euros that have been distributed with 10 coupons awarded with 400,000 euros each, belonging to the first prize of this draw.

Jose Juan Vega is the seller who has brought luck to the neighbors from his usual point of sale located in the Escaleritas neighborhood where he usually moves through the establishments and bars in the area.

“I am very happy because my clients have behaved very well with me after confinement and it is the least I could do”, José Juan himself said happily in a statement released this Friday by the organization.

In addition, another graceful coupon with the same amount (400,000 euros) has been sold in Santa Cruz of Tenerife by Luisa María Rodríguez.

In Arona A second category coupon awarded with 40,000 euros that Cristina Marta García has distributed has fallen, while in La Laguna they also celebrate part of the third prize with 10 coupons awarded with 20,000 euros each, which have been sold by Jesús Antonio Mesa.

In total, the extra has distributed 26,800,000 euros of its first prize among towns in the Basque Country, Andalusia, Madrid, the Valencian Community, Catalonia, the Canary Islands and Castilla-La Mancha, in 67 coupons awarded with 400,000 euros each in the raffle, held this morning.

He second prize of the ONCE Christmas bonus has distributed 1,440,000 euros between Arona (Tenerife), Tarragona, Fuenlabrada (Madrid), Zaragoza, Toledo, Cartagena, Cortes (Navarra), and through JuegosONCE, in 36 coupons awarded with 40,000 euros each.