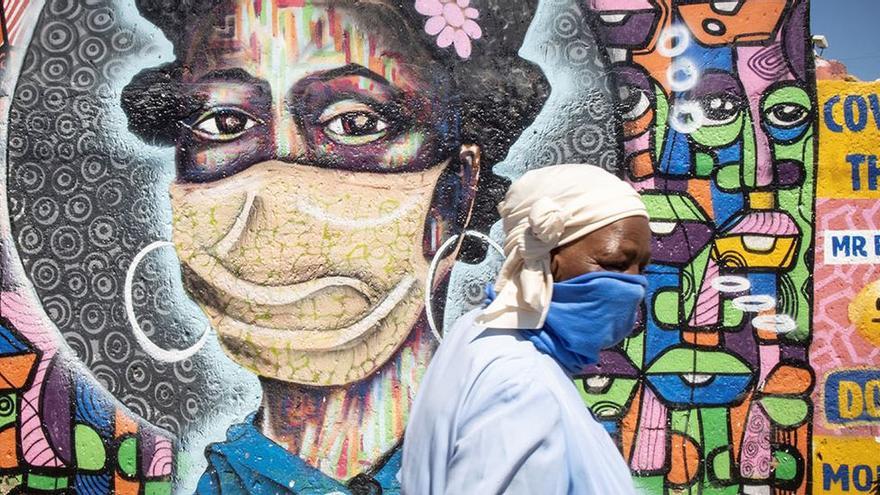 How could you develop the omicron variant more than 50 mutations? One theory holds that people with highly compromised immune systems, who experience prolonged active infection because they cannot clear the virus, may be a source of new viral variants. This is how the discoverers of this new viral lineage recognize it from South Africa, which recall that many people in that country suffer from advanced disease due to the AIDS virus and do not receive effective treatment.

It is estimated that in South Africa the prevalence of human immunodeficiency virus (HIV), which causes acquired immunodeficiency syndrome (AIDS), reaches 20% among the general adult population. Around 7.7 million people live with the pathogen in the country, according to figures from the British organization Avert. It is not known with absolute certainty if omicron had its origin in South Africa, Botswana or a nearby country, but it is the hypothesis that scientists use.

According to the magazine “Science”, on November 24 Kristian andersen, a researcher at the Scripps research institute, in La Jolla, California (USA), was alarmed when he saw the genomic data of the lineage B.1.1.529, later named omicron by the WHO. “Shit, that’s considerable. The length of that branch … ”. Andersen was referring to the long segment of this lineage in the evolutionary tree of the virus, exposed in the Web Nextstrain. That extremely long branch (over a year) could indicate a prolonged period of circulation of the lineage in an area with poor genomic surveillance, which is not the case in South Africa. It is probably the “only African country that is doing ‘the task’ and is monitoring the genomic virus”, indicates in his blog MicroBioBlog Ignacio López Goñi, Professor of Microbiology at the University of Navarra and disseminator, so it is unlikely that omicron circulated for a long time in South Africa without being detected.

A fascinating detail: contrary to what might be guessed, omicron does not come from delta or any of the previous variants of concern. As noted Trevor bedford, from the Fred Hutchinson Cancer Research Institute in Seattle (USA), omicron’s closest evolutionary connection is with mid-2020 viruses.

These viruses are visible on @nextstrain as “21K (Omicron)” shown here in red (https://t.co/wbfBVLVVQ8). They do not descend from previously identified “variant” viruses and instead their closest evolutionary connection is to mid-2020 viruses. 3/16 pic.twitter.com/x93BN0k6XR

The second explanation for the high number of mutations that omicron presents would be a continuous evolution in a chronically infected individual, in which the coronavirus would have a long time to accumulate mutations before spreading again to the population. This second hypothesis is considered more likely by the discoverers of the new variant and by other experts.

The assumption that Tulio de Oliveira, Wolfgang Preiser and other scientists from South Africa have exposed in the popularization portal “The Conversation” is that “a certain degree of ‘immune pressure’ (which means an immune response that is not robust enough to eliminate the virus but that exerts a certain degree of selective pressure which ‘forces’ the virus to evolve) creates the conditions for new variants to emerge.

Despite the fact that South Africa has an advanced antiretroviral treatment program for people living with HIV, thousands of people have advanced HIV disease and do not receive effective treatmentthese scientists lament. They add that several clinical cases that support this hypothesis have been investigated, but much remains to be investigated.

All scientists agree that another factor that has influenced the appearance of this variant with a high number of worrisome mutations is the low vaccination rate: in South Africa only 24% of the population has the complete patternAnd that this percentage is three times the average for the continent, which is 7%. Vaccines allow viruses to be eliminated earlier, preventing them from replicating in the body for a long time and thus reducing the chances of mutations occurring. That vaccination reaches all the countries of the world is not only a moral obligation, but a matter of convenience so that worrying variants do not continue to emerge.