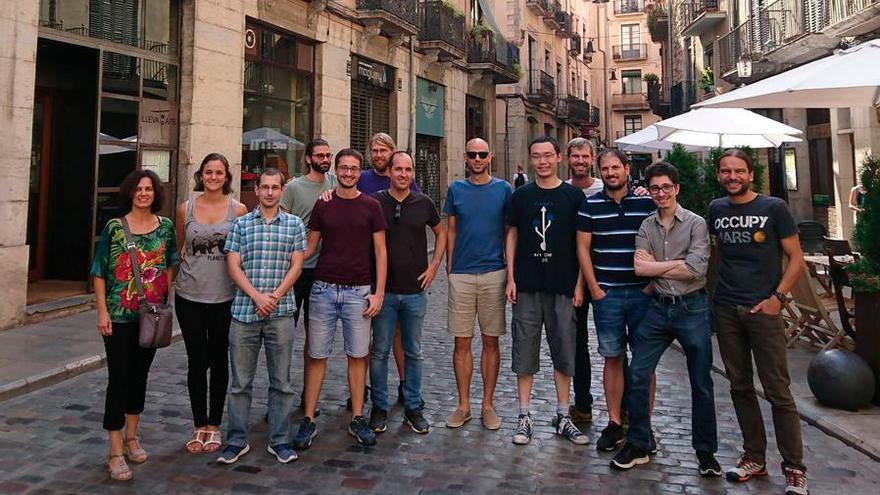 “In March we thought: this is the end. And in June we could not cope with the machines. When people were able to leave, they realized the privilege we have as a country and we saw a great increase in activity.”

Jordi Ramot is the creator of Wikiloc, a popular Spanish hiking trail website which the months after confinement went down very well. According the data that they shared in summer, their activity – routes uploaded, routes downloaded and routes followed – grew by 70% and their users uploaded almost twice as many routes as the previous year. Catalunya, Aragon and Castilla y León are the areas with the most published roads.

If we were to start from scratch, those increases would not mean much. But we talk about one of the startups longest-lived technology in our country. “It’s 15 years. startup We have lost it along the way, “laughs Ramot.” Although we are 15 people and we continue with that mentality. Our challenge is to make something that people want to use. That is said soon, but it costs “.

Wikiloc has closed 2020 with 20 million routes published, a milestone for a small company that, as happened in the past, was born as a personal project. “It was not a project,” acknowledges the founder. “It was a test, a hobby. I went hiking and mountain biking with my friends. Before 2005 there was no smartphones nor Google Maps. I am a computer scientist and had worked with maps and GPS. I thought it would be nice to see the route of my routes, follow it with the GPS and be able to do it again. He used digital maps and aerial photographs from the National Geographic and Cartographic Institute of Catalonia, for which permission had to be requested. It was extremely complex, but I was encouraged and little by little I set up a website so that you could access your profile and have an album of routes “.

Fifteen years later, that hobby is a profitable and sustainable business. The headquarters are in Girona, although after the pandemic they have switched to 100% teleworking. In 2018, Wikiloc closed with about one million income and 320,000 euros of profit; in 2017 they were 750,000 euros of turnover and 240,000 of profit. Ramot does not share the data from this last exercise, but maintains that the key is that they do not spend much. “Where we invest the most is in equipment and infrastructure, somewhat oversized to treat people’s data with care. We have many replicated backup copies and we save the photos in very high resolution so that the author has his photo album,” he says. To date, they have only received investment from Manuel Roca, the founder of Atrápalo, who supported them financially in 2010.

Personnel expenses amounted to half a million in 2018, its latest accounts available in the Mercantile Registry. The income comes from subscriptions (ten euros a year to access certain functionalities) and, to a lesser extent, from Google advertising and from tourist offices or natural parks that want to promote their routes.

“By not having a sales team, nor country managers or do a lot of marketing, we don’t have big costs. But it is right there where I think we have to invest more. What I can say is that we have enough money in reserve to, in the worst case, last a year without firing anyone. This is what we thought would happen in March and April. We could have continued a year reinventing ourselves as it were. ”

Google Maps went on the market in February 2005 and its mobile version did not arrive until 2007. At that time there was a network similar to Wikiloc in the United States that Tripadvisor ended up buying in 2011: Everytrail. “It was very good. They were bigger than us. But it no longer exists. It was one of these unfortunate purchases that burdened the project,” recalls Ramot. Strava – perhaps Wikiloc’s strongest competitor, although Strava’s athlete profile is more advanced than that of the Spanish network – had not yet been born, it was just an incipient idea that did not take shape until 2009.

With the advent of Google Maps, the barrier to creating map-based applications dropped. In fact, Google ran a contest for developers to use their maps and chose Wikiloc as the winner. “There they already gave you the map of the entire planet for free, with an API to paint routes and put little flags in points. I turned to Google. And the contest gave us a lot of visibility.” The launch of the smartphones And the application stores did the rest: it was no longer necessary to go with the GPS and the camera, get home and upload the route and the photos, but everything was solved from the mobile. And later from the clock. In 2019, Apple invited them to its headquarters in Cupertino to prepare the Watch app.

“We can tell it now that the confidentiality agreement has expired. But yes, we were there in a basement and when we came back we couldn’t even share it with the team. It was a cool experience.” Later, the multinational took them out in its Keynote, another great achievement for a small application.

Wikiloc is popular in Spain. His second country is Brazil. “And in Iceland there is a beastly community: being an island, everyone who hikers knows each other,” continues Ramot. Its base —as in any social network— is the users who share content, a community that they try to take care of by “treating everyone the same. Our rule is that every day for an hour all employees respond in the center of support. And we try to be inclusive, that this is not only for athletes but also for those who want to make a route through their city “.

Today’s competition is “fierce,” as the founder describes. There is not only Strava. From the United States is also AllTrails. In Germany, Outdoor Active. “In each country there is a competitor. Most of them have venture capital and a very strong financial muscle,” concludes Ramot.

The company does not rule out selling one day – “if the buyer’s values ​​are related, because a exit it may be the sad end of a project “- or enter the venture capital wheel.” We are contacted by funds, although now is not the time. We can continue like this, unless a very like-minded partner arrives. It is a totally valid route, because we have left a trail of sweat and blood along the way that is not easy. Having an investment is a safer way to do things well and grow. ”