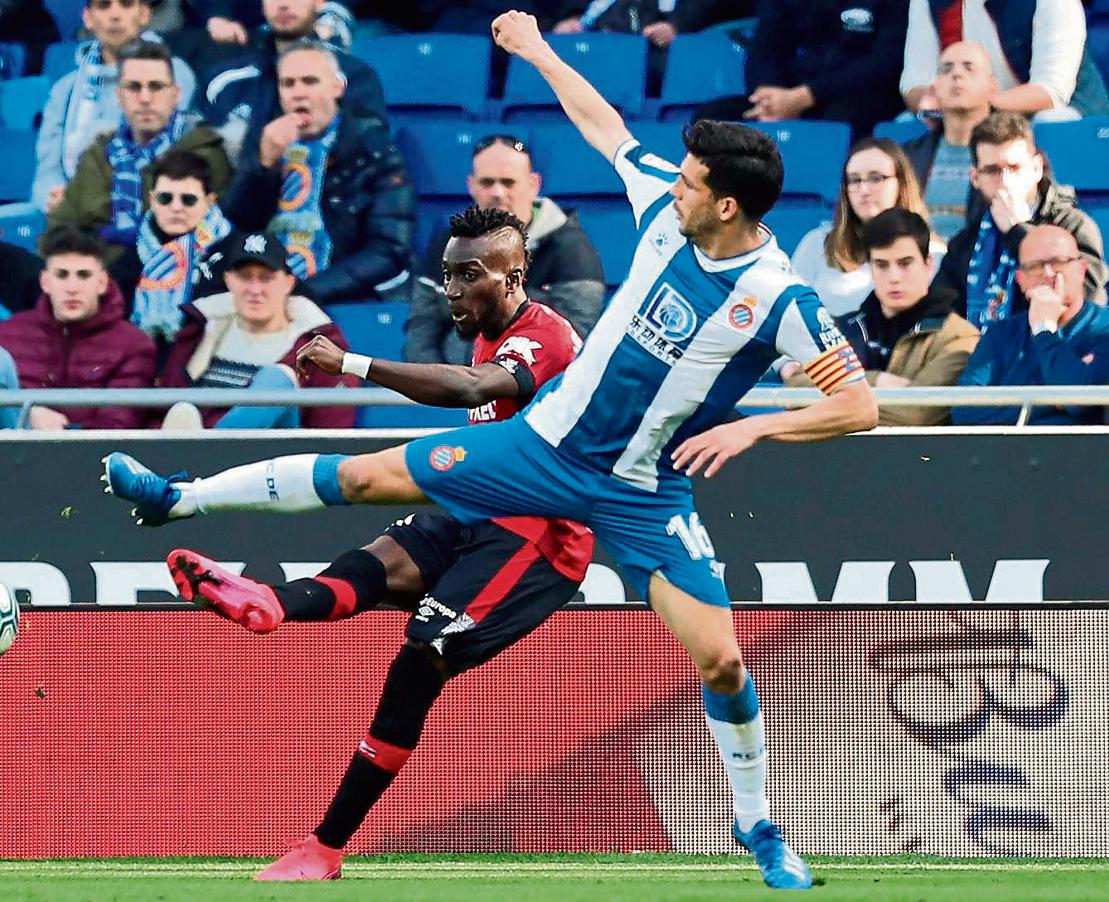 This League in which the trade and the sobriety of Getafe triumphs over almost everything and in which not even the great ones seem touched by the wand is no longer a child’s play. It is not for anyone, much less for Espanyol, who after giving himself to the youth of new values ​​at the beginning of the season has had to recruit Abelardo Fernández as a repairman. Like the new general director of the club, José María Durán, the Spaniard arrived to obtain results at the cost of almost any maximum, although for this we have to sacrifice even the sports growth of some of the new talents left the house.

Abelardo understands that like the devil knows more by old than by devil, the maturity of soccer players is key to overcoming sports crises. The experience is always a degree and when it comes to making good decisions on the lawn the DNI is usually a great help. That is the recipe that the technician has applied to make a ship that seemed sunk like that of Espanyol emerge to the surface. The Asturian book, as old as effective, has been to take away responsibility from young players and demand it from those who are tanned in a thousand battles, the old guard.

The average age has risen from 26.5 with Machín to 28.7 years with Abelardo

From the day of his debut the plans of the new coach became clear. The system change, with four defenses, directly favored some older players who had been relegated. The scheme that Machín had used gave great prominence to the lanes, but it also carried excessive pressure on players such as Pedrosa or Víctor Gómez, who had just arrived at Primera.

The usual team has more than 1,500 games in First, with Tomás being the least played

Abelardo sought balance in the system and opted for more experienced profiles in all positions. A month later it is already clear that Javi López (33) is the owner of the right back, in which more changes have been made throughout the season, ahead of Víctor Gómez y Pipa (22). Dídac Vilà (30) has also regained prominence against prognosis ahead of Adrià Pedrosa, who seems destined to occupy the left lane for many years. In the center of the defense the youngest have been discarded and the coach has chosen Bernardo (30), Cabrera or Naldo (31). Calero (24) has not even dressed short in the League with him in command.

The average age of Abelardo’s usual lineups has grown to 28.7 years compared to 28.1 last year. He has no rookies this Espanyol. Among the headlines, in which Diego López (38) is the most veteran, they add more than 1,500 games in the top category and only five of them do not reach 100: Cabrera and Calleri for having recently arrived in the Spanish League, Roca for his obvious youth and Embarba and De Tomás for having played in the second part of his professional career. The least played is curiously the most decisive player in the team. Raúl de Tomás, in only 37 matches in Primera, has scored 18 goals, four of them with the blue and white team. Clear example that Abelardo not only attends to the date of birth of his players, but to the maturity that they treasure to row on a ship that has sailed too much against the current.