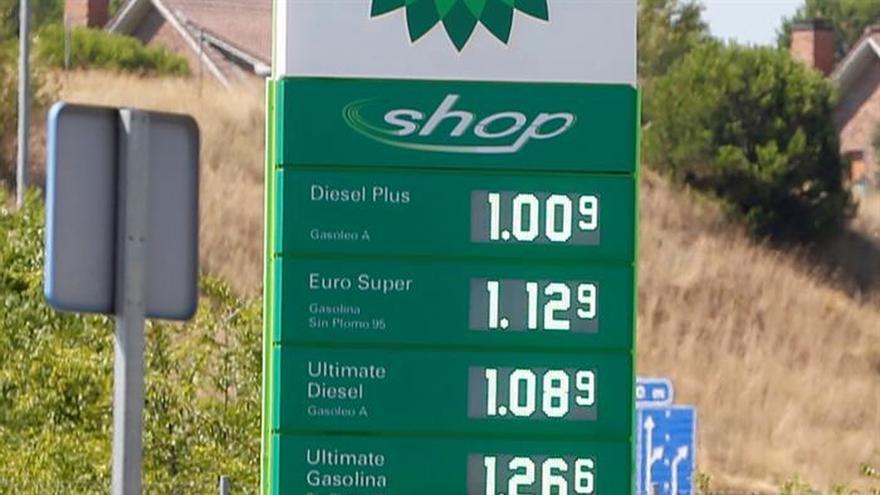 After the coronavirus crisis, Spain will never meet the fuel demand of the boom years, according to executives from the big Spanish oil companies. "It is very likely that we will not see the peak of 2007 again", said this Thursday the president of BP Spain, Luis Aires, an analysis shared by his counterparts from Repsol and Cepsa during a round table discussion on "The transition energy, key in the recovery after Covid-19 "of the V El Economista Energy Forum.

The director of the British oil company has indicated that the coronavirus has been "a great wave that has swept" the sector and of which its "structural impact" is now being seen, and has questioned that after the coronavirus crisis it will arrive to reach the 2007 consumption level due to this economic crisis, the greater efficiency of internal combustion engines and the progressive introduction of the electric vehicle.

According to Aires, in the first half of April, during the strictest confinement, BP's service stations recorded a sales drop of 80% in Spain. Since then there has been a week-by-week recovery of 5%, and after lifting the alarm state, a rise of 10%. But the recovery has stalled since then, with a 10-15% drop from a year earlier in July and August, which, according to Aires, has come to stay. An analysis shared by Philippe Boisseau, CEO of Cepsa, who has indicated that demand "is not going to fully recover" due to aspects such as the boom in teleworking.

The CEO of Repsol, Josu Jon Imaz, has said that the figures of the oil company are "coincident" with those of BP, with a fall of 71% in April and a decline in Spain in August of 12% year-on-year, than in Italy it remains at 2% and in Portugal it reaches 14%. But Imaz has wanted to introduce a "qualitative nuance" on the recovery in the next two-three years that has been linked to the evolution of tourism, because "if we decouple international tourism in Spain in August and the operation Paso del Estrecho", the demand of the Spanish consumer has been "very similar" to a year ago. Looking ahead to the next few years, Imaz has emphasized that, despite the promotion of teleworking, "one's own vehicle is used more than before" and the online economy is driving van and truck traffic, which is why it is confident of a recovery from 2019 levels in the next two to three years.

The Repsol executive and former PNV leader has said that "hopefully" the pandemic accelerates the energy transition, something that executives such as Endesa's CEO, José Bogas, and the head of Iberdrola Spain, Ángeles Santamaría, have taken for granted. But Imaz has questioned it and has framed that wish in "magical thinking."

"The Covid is a bitch in terms of health, economy, and also in terms of other things," said Imaz. For example, administrations "will have less public money" to allocate to aspects such as technology and the crisis will continue to age the car fleet due to the drop in new car registrations. "When are the planes going to be renewed?"

During the day, the chief executive of Endesa, José Bogas, has indicated that electricity demand is already on a path of "some recovery" after falling by 20% during the state of alarm, but has warned that the data of August (corrected for seasonality and temperature, the year-on-year fall remained at 3.3%, according to Red Eléctrica) may be distorted by increased activity in the industry to compensate for the halt in the great seclusion. His counterpart at Acciona Energía, Rafael Mateo, has highlighted that the demand for long-term bilateral power purchase and sale contracts (known as PPAs) has been "more active than ever in these five months of the pandemic."