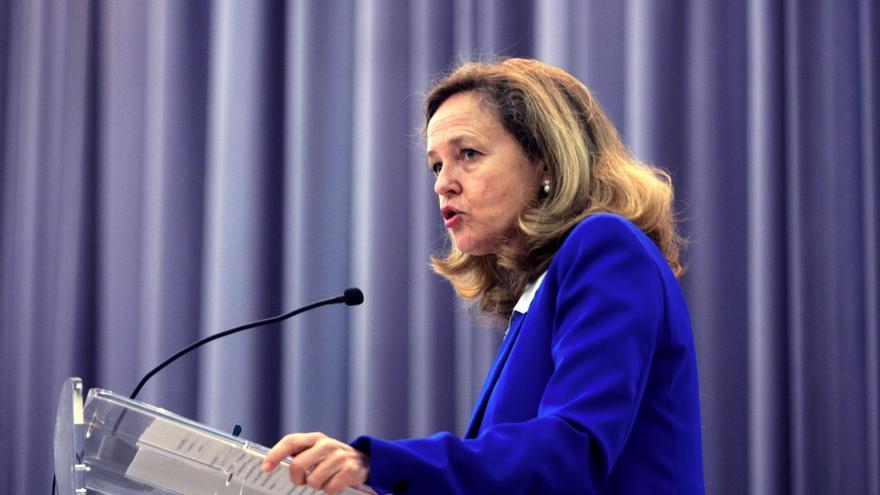 The Organization for Economic Cooperation and Development (OECD) has released a report on Spain this Thursday that aligns with the less progressive economic positions of the coalition government. The report praises the Government’s performance during the pandemic with aid and guarantees for companies and workers, emphasizing the request that they remain concentrated in the future in sectors and workers that need it most, but it enters the swampy terrain at the time to position itself in favor of aspects of the labor reform of the PP Government, proposing the delay in the retirement age or casting doubts against the increase in the minimum wage. The report was presented by the Second Vice President of the Government and Minister of Economic Affairs and Digital Transformation, Nadia Calviño, together with the general secretary of the organization, Ángel Gurría.

The OECD has increased its forecast for the growth of the Spanish economy by two tenths to 5.9% for 2021, while for 2022 it indicates an increase in GDP of 6.3%, compared to the 4.8% previously forecast, where the plan vaccination will be key to consolidating the recovery, according to Gurría.

The international body praises the public support measures during the pandemic, equivalent to approximately 20% of GDP (including guarantees and indirect measures), as they “mitigated the negative impact of the crisis” but raises questions about the path to recovery: “While domestic demand may be stronger than expected, a possible increase in bad debts once policy support is removed poses strong downside risk and may increase non-performing loans.”

From a fiscal point of view, the OECD proposes “to maintain an expansionary fiscal policy until the recovery is on track, prolonging support measures but also making them more focused” and insists that “when the recovery is well on track”, the government should “announce a multi-year fiscal consolidation plan that includes all levels of administration” to reduce debt and deficit.

When it comes to positioning itself on tax figures, the international body focuses on “the margin for improving environmental taxation with the aim of saving energy and increasing tax collection.” The OECD advocates increasing fuel taxation “to better reflect CO2 emissions, once the economy enters a clear recovery path.” “The tax rate levied on fuels in sectors not included in the European Union’s emissions trading system is low compared to other countries,” he adds about Spain.

As on other occasions, the OECD asks the Government to “limit the use of reduced VAT rates” and a reduction in tax exemptions for companies in the medium term.

There is a call to maintain the aid plan in the face of these uncertainties and a slap on the wrist for the delay in launching direct grants. “The recently announced direct aids, which are aimed at companies experiencing financial difficulties solely due to COVID-19, but which have a good chance of becoming profitable again in the future, must be implemented without delay.” This same week the employer of the small company, Cepyme, complained that the 11,000 million euros promised for the hotel and tourism sector had not yet reached the businessmen due to the bottlenecks to channel the subsidies.

In addition, it encourages facilitating “the rapid restructuring of viable companies with temporary problems can avoid their unjustified liquidation, and should be facilitated in the extrajudicial sphere to avoid delays in procedures”, an approach close to that of the Government with its intention to reform the Concursal law.

Regarding European funds, the body headed by Ángel Gurría draws attention to the possible problems at the time of their implementation between the different levels of the administration. “Rapid absorption of funds can also help short-term recovery. A governance system has been established that includes the various levels of administration. A constant effort will be required to address any difficulties that may arise in its implementation.” , says the report.

Defense of the labor reform of Rajoy

The OECD makes a defense of one of the most controversial points of the labor reform approved by the Government of Mariano Rajoy and that the coalition Executive had promised to modify. “Certain elements of the current labor market regulation will also be crucial to support the recovery, such as the prevalence of company collective agreements, which allow companies to adapt quickly to changes in the situation,” the text states. The prevalence of the sector agreement is one of the main requests of the unions when it comes to reshaping the labor framework left by the PP.

Furthermore, although it does not provide consistent studies on the supposed obstacles that raising the minimum wage may produce, the OECD notes that “it is necessary to assess the impact that rapid and sharp increases in the minimum wage have had on employment, especially in the case of young people and less-qualified workers “, a position that the Bank of Spain defended and that came to confront it with a part of the Government. Last January the Executive already created a commission in this sense, faced with the challenge of drawing up an opinion in three months that allows designing the path of increasing the SMI to 60% of the average salary between this year and 2023. Then, both Vice President Calviño and the Minister of Finance, María Jesús Montero , they managed to impose on the United We Can Government partners to delay the economic recovery a salary increase that the Minister of Labor, Yolanda Díaz, had limited to 0.9%.

In the labor field, the OECD also has an impact on reducing the temporary nature of contracts since it “increases inequality and labor poverty” by simplifying the range of contractual modalities so that only temporary contracts are left for seasonal or training jobs . In addition, he insists that “hiring incentives must be directed at the most vulnerable groups and be limited in time” and strengthen training programs to make jobs more stable.

Regarding pensions, the OECD favors measures that delay retirement to guarantee the long-term financial sustainability of the pension system, in addition to continuing to empower “providers of pension plans and investment options available through companies.” Among other measures, they propose that “the retirement age could be linked to life expectancy. The effective retirement age can continue to be delayed, discouraging early retirement and introducing new incentives to prolong working life, for example by increasing the number of contribution periods. required to collect the full pension “.

In this sense, the proposals of the international organization are aligned with the first block of the pension reform that the Minister of Inclusion, Social Security and Migrations, José Luis Escrivá, has put at the negotiating table with the social agents: modify voluntary early retirement (with more penalties in cases of earlier retirement and higher and lower pensions). in most cases) and to increase the ‘premium’ for delaying retirement beyond the legal retirement age.

On the controversy of the extension of the period taken into account to calculate the pension from 25 to 35 years according to a document that was sent to Brussels., the OECD does not enter but it does make a projection in which it calculates that pension spending would be reduced in 2050: 13.6% of GDP compared to 14.2% of the current projections without changes. Regarding the commitment to raise pensions each year according to the CPI, the OECD does not take a position.

Quotes of the self-employed on the real basis

In the field of digitization, the OECD proposes to expand the digitization of Public Administrations, “reduce excessive regulatory burdens to develop the communications infrastructure, as well as the regulatory differences between autonomies”, strengthen the capacity of technology centers and more programs public on-the-job training, aimed at older and low-skilled workers, focused on specific purposes, such as improving skills in information and communication technologies.