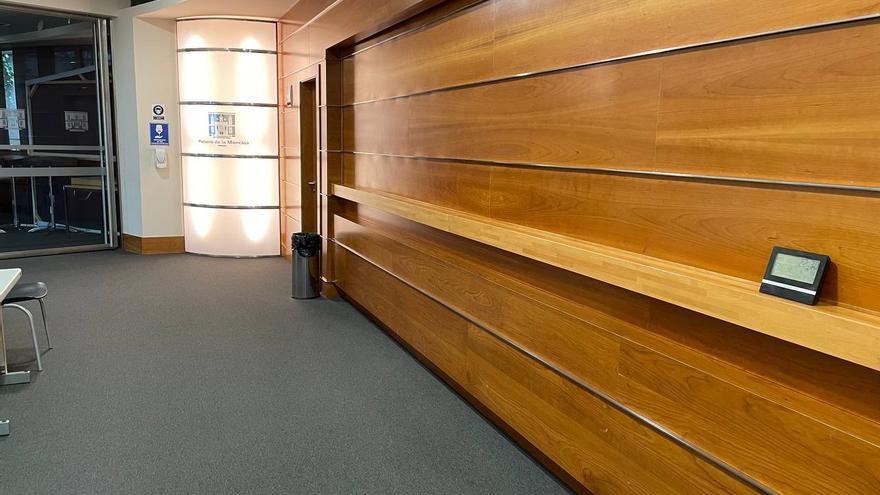 For years they have been in charge of supplying coffees and meals both to the workers of the La Moncloa complex, as well as to the guests and journalists who come to the offices of the headquarters of the Presidency of the Government. About thirty waiters have been on the street again. This is not the first time this has happened since the pandemic broke out. La Moncloa’s restaurant staff has been immersed in a labor dispute for years that reached the Supreme Court in May, after the Government rescinded the contract signed with the company awarded the service – Dulcinea Nutrición SL – due to its insolvency situation, as stated by the Executive.

The High Court determined that the dismissal they had suffered in December 2019 was null and that they should be readmitted by the company to which the Government had awarded the restoration contract. In this way, it revoked the appealed ruling, which had condemned the Ministry of the Presidency to subrogate the employees after staying on the street for non-payment of their company. After hearing that sentence, the department that Carmen Calvo headed at that time – now with Félix Bolaños at the helm – fired the restoration staff. They are currently in limbo since they must be hired again by a company that is in bankruptcy and in which no one answers the phone, as this wording has been able to verify.

“He is going to proceed to withdraw his salaries and Social Security, his last day of effective work being that of June 28, 2021, and he must cease his attendance at his job.” This was the text that the Presidency gave to the thirty employees to verify that they no longer had to return to La Moncloa. One of them remembers how that day was: “I was on my way to work. My boss called me: he told me that the sentence had come out and that we were fired. I was working that afternoon and they told me to leave without finishing the day. ID card worked. ” In the document that the Presidency gave you, there is not a word to thank you for your services.

elDiario.es has interviewed three employees, who worked in different buildings of the complex and who prefer to preserve their anonymity for fear of reprisals for their public exposure. One of the waitresses who has worked at La Moncloa assures that she has not received any benefit since the sentence was issued. “I have not received the strike because I belong to Dulcinea. However, I do have colleagues who have received it because it depends on the SEPE official who attends you. Until Dulcinea does not declare me fired, I am in limbo,” he says. Faced with this situation, he says that he is having a “bad financial time.”

The problems with this company began in 2019. In June the workforce began to mobilize to denounce publicly that the service concessionaire paid their payroll late. Finally, they ended the year without work, after the ministry terminated the contract it had signed with the company for unpaid wages and their debts with Social Security, as revealed by elDiario.es. At that time, they approached the first legal limbo they have faced in recent months: the dismissal process had not taken place and they had problems collecting the unemployment.

Faced with this conflict, those affected were mobilized throughout 2020. A group of workers – represented by the Federation of Workers Commission Services – sued the company and the ministry. The Presidency called a new tender for the service, in which it was contemplated that the new awardee should subrogate the personnel who had remained on the street. The contest was declared void. Meanwhile, a court declared in a situation of contest necessary to Dulcinea Nutrición, the company to which the Government had awarded the service in 2017 for 1.9 million euros.

After the outbreak of the pandemic, in June 2020 the workers received good news: the Superior Court of Justice of Madrid condemned the Ministry of the Presidency to pay the processing salaries to the affected workers, also recognizing the right to be readmitted. The sentence recognized that they had suffered a tacit collective dismissal and acquitted Dulcinea Nutrición.

The Presidency complied with the decision, reinstated the staff, but appealed the sentence. A year later, the Justice overturned the ruling. The Supreme Court admitted the allegations of the ministry and defended “that the sentence under appeal is based on an erroneous premise”, “for which the wrong consequences are drawn,” the magistrates pointed out on May 24. The High Court argued that the subrogation fell “exclusively on the company Dulcinea Nutrición SL” because “it did not process any collective dismissal procedure.”

Therefore, the Social Chamber determined that it was the company that had to “reinstate the affected workers with payment of the wages they had not received from the date of dismissal until the reinstatement takes place.” Upon receiving it, the Presidency executed the sentence and fired the thirty employees affected by the ruling. Since then, the professionals interviewed have been waiting for the service to be tendered again.

“We ask the ministry to remove the documents as soon as possible and with a reinstatement. That it give a list with our names to the new company that enters. We have done nothing to lose our job. There are people who had been working in La for almost 30 years. Moncloa, “says one of the workers.

While waiting for a new tender, the Presidency put out to tender in July a catering service to cover the shortage in the restoration of the complex. In the announcement they state that they have made this decision because “the insolvency situation of the company that was awarded the restaurant and bar-cafeteria services contract meant that these services were no longer provided in the complex.” In the document published on the State’s contracting platform, the department makes it clear that it intends to tender “as soon as possible” that service since “the impediments that frustrated the bidding of the main contract for catering services have been set aside.” Among the obstacles overcome, they assure that they have paid “a large part of the amounts owed to the workers of the bankrupt company and precisely determined the remaining amount due.”

In June, with Carmen Calvo at the head of the ministry, sources from her department assured that they were going to try to get the “new hire who took over the service to join them to return to their jobs.” This wording has tried to gather the version of the new Presidency team, without having received a response at the moment to the requests for information made.