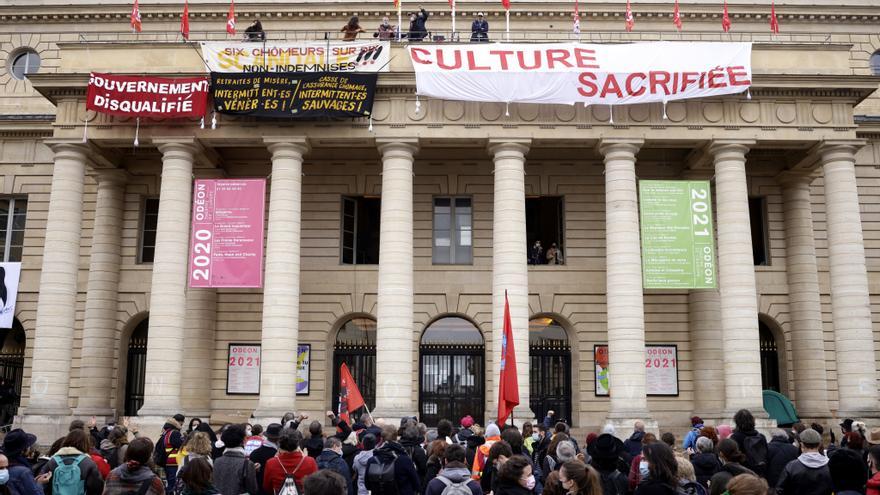 Paris, May 23 (EFE) .- The occupation of the Odeon theater in Paris by a group of so-called “show intermittents”, who since March 4 have been protesting their working conditions and the consequences of the closure of culture by the Covid-19 restrictions, ended this Sunday voluntarily.

The participants in the occupation left the Odeon at around 6 in the morning and published a statement in which they specified that this gesture “is nothing more than a see you later” and also that they did not want to be held responsible for the closure of the facilities and the cancellation of the shows.

It must be taken into account that, in the de-escalation process defined by the Government of the President, Emmanuel Macron, theaters have been able to reopen since last Wednesday, as well as cinemas and other theater venues, although with limited capacity. The occupation had prevented it in the Odeon.

In March and April there were several dozen theaters occupied throughout France, a movement that had been fading, particularly with the prospect of this de-escalation.

The protagonists of the occupation of the Odeon complained in their statement that the Executive has remained “deaf to the voices of the precarious (workers) who struggle to be able to live off their job and their social rights.”

And they pointed out that this week’s reopening will not allow the return to work “for millions of people, including the show’s intermittents.”

Among the main demands of those responsible for the protest of this group was that its members could continue to receive one more year subsidies without contribution conditions, given the difficulties in finding work in a cultural sector that is going to recover very progressively due to the persistence of restrictions .

Also the withdrawal of the unemployment insurance reform, which will mean a tightening of the contribution conditions to receive a subsidy.

In France there is a specific regime for “show intermittents” (about 120,000 people, including artists and technicians) who receive subsidies on account of unemployment insurance if they can prove that they have worked a minimum of 507 hours in a 12-month period.