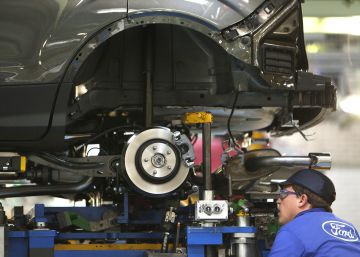 The number of workers affected by employment regulation files (ERE) amounted to 44,745 in the first seven months of the year, 40% more than in the same period of 2018 and the highest growth rate since 2012, with a significant increase in Contract suspensions in the industrial sector. The increase until July of this year is the highest for this period since 2012, when the increase was 64%, and the first since that year, according to data from the Employment Regulation Statistics of the Ministry of Labor.

Regarding the detail of the different procedures included in this statistic (collective dismissals, suspension of contract and reduction of working hours), the majority of affected workers, 64.6%, entered into contract suspensions that also registered the highest increase: a 74% up to 28,920 employees.

By sectors, the industrialist topped the list with 28,229 workers affected by employment regulation files, 85.3% more, of which the majority, about 22,088, double that a year earlier, were contract suspensions and were given mainly in companies that manufacture motor vehicles, trailers and semi-trailers.

Contract suspensions are mechanisms that are widely used in large automobile companies, they explain from CC OO that it recalls the situation that the sector is going through with a reduction in sales and exports in a context of commercial slowdown and change in transport modes.

By autonomous communities, the ones that saw the most workers immersed in employment regulation files were the Valencian Community (14,870, of which 13,615 were contract suspensions), Madrid (6,283) and Catalonia (5,945). In Valencia is the Ford factory of Almussafes.

In annual figures, 2018 has already closed with an increase of those affected by ERE, of 26.78%, which was the first annual increase since 2012.

By type of procedures, behind this increase were also contract suspensions with 75% more affected than in 2017 compared to the 4% decrease in collective redundancies.

Since 2017, the dismissal lawsuits measured by the General Council of the Judiciary (CGPJ) have also increased, after several years of declines.

The latest data published this week by this agency were up again with 28,121 dismissal lawsuits filed in the Social Courts in the second quarter of the year, representing an increase of 9.06% over the same period of 2018.

But despite these increases, the numbers of employees affected by some type of employment regulation are far from the maximum reached in the toughest years of the crisis.

Looking at the figures until July, in these more complicated years of the crisis the number of workers affected reached 390,816, which means multiplying this year's numbers by eight.