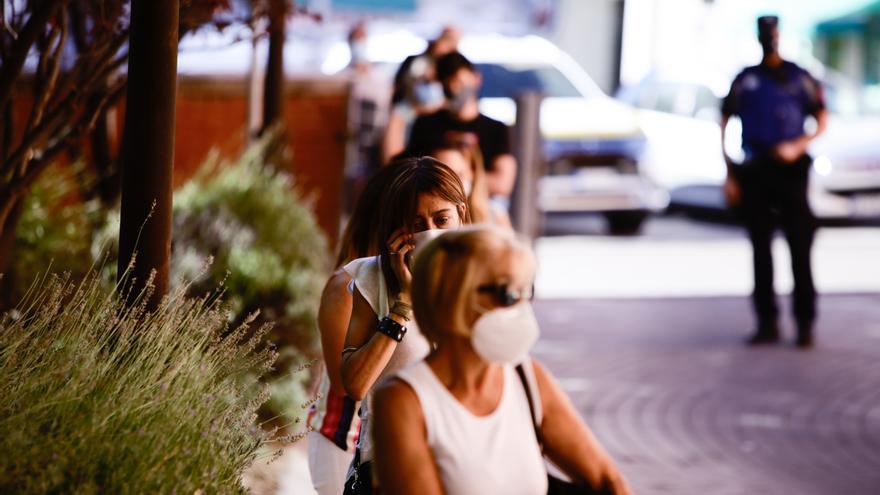 The Ministry of Health has registered 19,382 new coronavirus infections since Friday, of which 2,060 have been notified in the last 24 hours. In total, since the beginning of the pandemic, 405,436 people confirmed by tests have been infected.

In addition, the authorities have added 34 deaths to the total balance, so that, since March, there are already 28,872. Of them, 96 have died in the last week.

This Monday, the Minister of Health of the Region of Murcia, Manuel Villegas, announced that in general, the regional government has decided to limit sporadic social gatherings of non-cohabitants to a maximum of six people, both in public and private spaces.

Despite the fact that Murcia is below the national average in terms of accumulated incidence of cases, the decision has been taken, as explained by Villegas, because 40% of the infections detected in recent weeks correspond to leisure situations both in hotels or restaurants as well as family gatherings. In addition, it has identified 30% of them with the age group between 15 and 28 years, and 38% between 30 and 40.

On the other hand, social gatherings have also been limited in Catalonia. In this case, Quim Torra, the president of the Generalitat, announced that meetings of more than ten people were prohibited, both in the public and private spheres. The objective of the measure, explained the Government, is to try to reduce infections in the next three weeks, before the start of the new course, which is when the Catalan health authorities fear that the virus could get out of control again.

“This country has to put itself to work yes or yes, and yes or yes the schools must be opened,” said Torra. In addition, to guarantee safety in schools, the Government plans to carry out half a million tests at the beginning of the course, among students and teaching staff. The health authorities consider that in this way they will be able to make a map of the incidence of the virus in the school community and allow to detect asymptomatic patients, as well as to better prepare for individual measures in each center.